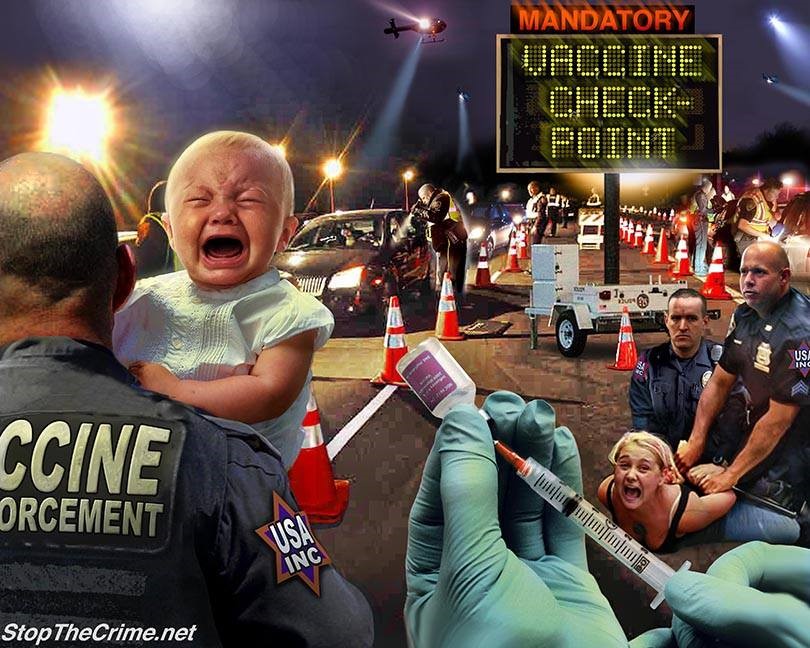 Recently, I read that Washington State has spent more than $1,000,000 on 60 recent measles cases.  This amount was only $500,000 the week before.  And the amount of measles cases hasn’t doubled.

I can tell you that when I was growing up, there was almost no money spent on measles and it’s not because it didn’t exist.  We didn’t go to the doctor.  The schools didn’t send out notices that Sally had the measles, so everyone should be on the lookout.  I don’t think the state was involved at all.  This egregious spending should be accounted for.  But they have very strategic reasons for publicizing this information.   Over the past few years, I have been watching them move us in the direction of having every man, woman and child in this country vaccinated.

Did you have chicken pox but can’t prove it?  Get a vaccine.  Not worried about getting chicken pox since it’s a mild illness?  Too bad, get a vaccine.  Hope to have your kids get measles or mumps to provide the lifetime immunity that vaccines do not offer?  Suck it up, get a vaccine.    Don’t think your newborn baby will be having sex or shooting up heroin in their first few years on the planet?  It doesn’t matter!   Get a hepatitis B vaccine before leaving the hospital!    Don’t have a uterus because… you are male?  WHO CARES!  You must be vaccinated for uterine cancer!  And that’s just a sampling of the levels to which this issue has risen.  It’s a matter of time before they mandate the ineffective and very dangerous flu vaccine.  For everyone – yes, you too.  Because you might give the flu (even if you don’t have it) to someone while shopping at the grocery store, or flying to your vacation in Hawaii, or while sitting in the lobby of a hotel, or the waiting room in your doctor’s office.

In 2015, California passed one of the strictest vaccine laws in the country.  Either school age children must be injured by a vaccine so they can get a medical exemption (fingers crossed it’s only an injury and not fatal), or get vaccinated.   If not, they cannot attend school.  They are heading down that path in our state also, with the full backing of most Democrats and some Republicans.

You might wonder why anyone would resist a simple vaccine.  You might wonder why so many parents are choosing to say no.  But let’s just start with… it’s not “so many” parents.  It’s a small percent of us.  It appears the our legislators have been given false numbers over and over again, when it’s as simple as going to the Department of Health website and looking them up.   But isn’t it much easier if someone just hands you the information and tells you it’s correct?  But when that person has a vested interest in the hysteria measles is causing, we have to hold our legislators accountable for doing their homework before passing laws to remove our rights.

POP QUIZ:  How many vaccines do children get before entry to kindergarten in 2019?  ANSWER: Keep reading.

So why the resistance? I could list many, many reasons for this resistance, but let’s just start with a short few – and keep in mind, this particular vaccine is called MMR (Measles, Mumps and Rubella) a 3 in one shot, and there is MMRV (MMR + Varicella) that includes chicken pox (Varicella).

These are just a few example of why parents have become resistant.  Parents have also become distrustful of our legislators who appear to have forgotten who they represent.  These legislators will refuse to meet with parents of children  who have been injured by vaccines, but will happily meet with pharmaceutical lobbyists who are pumping them with bad information and false statistics.  Our legislators don’t have time to look up facts, so they choose the easy route.

There is legislation being introduced in many states including Washington that will remove a parent’s right to make medical decisions for their own children.  We currently have the ability to say no to vaccinate our children because we are opposed to it.  Period.  They want to remove that right.  Rep Paul Harris (R) sponsored a bill to remove this right and then has said he will work on “tightening up” the religious exemption currently available.   In other states, these exemptions are on shaky ground.   You just need to get vaccinated, period.

Measles is certainly deadly in some countries where drinking water is dirty, food is scarce and nutrition is non-existent.  Vitamin A is a well known treatment for measles.  In the U.S., it’s been more than 15 years (20 depending on the source) since a child has died from measles.  It’s time to stop the fear mongering and let us raise our children as responsible, loving, committed parents without government intervention.

The answer to the quiz?  Between 43 and 49 depending on whether you count flu shots.  Think about that.  And they are adding more every year.

Do you think it’s any coincidence that these vaccine makers are free from liability for any harm their product causes to children?  In 1986 President Ronald Reagan signed National Vaccine Injury Compensation Act which removes liability for vaccine makers.  They cannot be sued if they kill or permanently injure a child by vaccine.  Yes, there is a special court that is funded separately, and it takes years and years to get through.  This court has paid more than $4 BILLION out to families for vaccine injury.  With no liability on the vaccine makers themselves, they have an enormous interest in keeping this money train going.  Since FDA is funded 75% by pharma, do you see a conflict here?  It’s insane.