How Corporations Are Using Environment Concerns to Scam You

How Corporations Are Using Environment Concerns to Scam You

Pouncing on investors’ interest in environmentally friendly, sustainable investing, the S&P 500 ESG Index was launched in 2019.1 ESG, or environmental, social and governance, funds are supposed to be those focused on companies with strong environmental ethics and responsibility, but further investigation reveals rampant greenwashing has occurred, and many ESG-labeled funds are far from “sustainable.”

The Securities and Exchange Commission (SEC) has been scrutinizing ESG funds for years, as their popularity soared. While funds focused on socially responsible investing were valued at $2.83 billion in 2015, this grew to $17.67 billion by 2019, when Alex Bernhardt, U.S. head of responsible investments at investment consultant Mercer, told The Wall Street Journal, “In every asset class, in every region, ESG product development is the thing right now.”2

Fast-forward to 2022, and the SEC is cracking down on ESG labels, with multiple investigations launched into ESG greenwashing on Wall Street by multiple mega-banks. Globally, $41 trillion are expected to flow into ESG funds in 2022.3

A glaring problem with ESG labels is the lack of regulations that define what qualifies as a company that’s environmentally or socially responsible. In 2019, the SEC began sending letters to asset managers asking for what models were used to determine ESG investments.

In 2019, Betty Moy Huber, co-head of law firm Davis Polk & Wardwell LLP’s environmental, social and corporate governance group, told The Wall Street Journal, “This is a relatively new area. Now the SEC is saying, ‘Wait, how do you know these are ESG products and that you don’t have a fossil fuel company with known, poor ESG performance in there?’”4

S&P and MSCI have established their own ratings system for ESG labels, with controversial methodologies. For instance, ESG funds may hold up to 20% of their shares in non-ESG stocks, such that “fossil fuel-free” funds may actually hold fossil fuel companies.5

“As a result, many “ESG” funds still hold major emitters like ExxonMobil, and are only marginally less carbon-intensive than the market average,” Quartz reported.6 It wasn’t until May 2022 that the SEC announced plans to develop stricter standards for ESG labels.7

After an investigation into greenwashing by Deutsche Bank in 2021 — that led to a raid of the bank’s offices in Germany by German authorities8 — and a $1.5 million fine to BNY Mellon for “misstatements and omissions about ESG considerations,” the SEC is now going after Goldman Sachs.

In the BNY Mellon case, one ESG fund included 185 investments, 67 of which had no ESG-quality score when the security was purchased, but shareholders were told its strategy included “identifying and considering the environmental, social and governance risks, opportunities and issues throughout the research process.”9 But in the case of Goldman, as reported by Quartz:10

“The Goldman investigation is focused on mutual funds. Because there is no legal standard for ESG definitions, the SEC will determine whether the bank’s actual methods for managing ESG funds differ from what it has disclosed to investors, not whether the funds are really green or not.”

Goldman manages at least four ESG or “clean energy” funds and renamed its Blue Chip Fund the U.S. Equity ESG Fund in June 2020. According to The Wall Street Journal:11

“Goldman says in regulatory documents that its ESG fund aims to keep 80% of its net assets in stocks issued by companies that meet the fund manager’s criteria. They exclude companies that earn most of their revenue from selling alcohol, tobacco, weapons, coal, oil and gas, and some other products.

Goldman says holdings in the U.S. Equity ESG Fund undergo an ESG analysis but reserves the right to invest in some companies without such a screening. It can also invest up to 20% of its net assets in stocks that deviate from its ESG standards.”

When the SEC first began scrutinizing ESG labels, it was done via compliance examiners, who would forward any concerns to SEC enforcement attorneys. An SEC enforcement task force was launched in 2021 to further investigate greenwashing related to ESG investing products, and the Goldman investigation could result in formal enforcement action.12

BlackRock founder and CEO Larry Fink, who has close ties to the World Economic Forum’s (WEF) head Klaus Schwab, and joined WEF’s board in 2019, stated in October 2021, “Short-term policies related to environmentalism in terms of restricting supply of hydrocarbons has created energy inflation, and we’re going to be living with that for some time … We’re in a new regime.”13

On Twitter, Russ Greene wrote, “ESG advocates have sought to portray as a conspiracy theory the link between ESG and higher oil and gas prices, but if so it’s one that’s shared by many of the most successful figures in finance, including ESG investors,” referring to Blackstone cofounder, billionaire Steve Schwarzman, who has said that a focus on ESG is “driving a credit crunch for oil and gas companies.”14

However, investment firm BlackRock has more power than most governments on Earth, and it also controls the Federal Reserve, mega-banks like Goldman Sachs and the WEF’s Great Reset, according to F. William Engdahl, a strategic risk consultant and lecturer who holds a degree in politics from Princeton University.15

BlackRock also has ties to Blackstone — the largest landlord in the U.S. as well as the largest real estate company worldwide, with a portfolio worth $325 billion16 — as Schwarzman and Fink started out in business together.17 BlackRock, Engdahl believes, may control the world’s economic future, in part via ESG investing:18

“Fink … now stands positioned to use the huge weight of BlackRock to create what is potentially, if it doesn’t collapse before, the world’s largest Ponzi scam, ESG [Environment, Social values and Governance] corporate investing. Fink with $9 trillion to leverage is pushing the greatest shift of capital in history into a scam known as ESG Investing.

The UN ‘sustainable economy’ agenda is being realized quietly by the very same global banks which have created the financial crises in 2008. This time they are preparing the Klaus Schwab WEF Great Reset by steering hundreds of billions and soon trillions in investment to their hand-picked ‘woke’ companies, and away from the ‘not woke’ such as oil and gas companies or coal.

BlackRock since 2018 has been in the forefront to create a new investment infrastructure that picks “winners” or “losers” for investment according to how serious that company is about ESG — Environment, Social values and Governance.

For example a company gets positive ratings for the seriousness of its hiring gender diverse management and employees, or takes measures to eliminate their carbon “footprint” by making their energy sources green or sustainable to use the UN term.

How corporations contribute to a global sustainable governance is the most vague of the ESG, and could include anything from corporate donations to Black Lives Matter to supporting UN agencies such as WHO.

… Oil companies like ExxonMobil or coal companies no matter how clear are doomed as Fink and friends now promote their financial Great Reset or Green New Deal.”

In May 2022, electric vehicle manufacturer Tesla was removed from the S&P 500 ESG Index, despite its focus on creating environmentally conscious vehicles. Incidents of racial discrimination at a company factory were cited as one factor in its removal, and Tesla was said to be “ineligible for index inclusion due to its low S&P DJI ESG Score, which fell in the bottom 25% of its global GICS® industry group peers.”19

“Exxon is rated top ten best in world for environment, social & governance (ESG) by S&P 500, while Tesla didn’t make the list! ESG is a scam. It has been weaponized by phony social justice warriors.”

What’s more, TIME reported, “According to Bloomberg, the world’s largest ESG-focused exchange-traded fund has almost invested 3.1% of its assets in the oil and gas sector …”22

A New System of Control Via Allocation of Resources

ESG is one tactic being used to push the “green” agenda forward. While the notion of a pollution-free world is an attractive one, ultimately this isn’t about the environment — it’s all about creating a control system in which the world’s resources are owned by the richest of the rich, while the rest of the population can be controlled through the allocation of those resources, including energy. As explained in an anonymous Winter Oak article:23

“Under such an economic construct, asset holding conglomerates can redirect the flow of global capital by aligning investments with the UN’s SDGs [sustainable development goals] and configuring them as Environmental, Social, and Corporate Governance (ESG) compliant so that new international markets can be built on the disaster and misery of potentially hundreds of millions of people reeling from the economic collapse caused by war.

Therefore, the war offers a huge impetus for the governments pushing the reset to actively pursue energy independence, shape markets towards ‘green and inclusive growth’ and eventually move populations towards a cap-and-trade system, otherwise known as a carbon credit economy.

This will centralize power in the hands of stakeholder capitalists under the benevolent guise of reinventing capitalism through fairer and greener means, using deceptive slogans like ‘Build Back Better’ without sacrificing the perpetual growth imperative of capitalism.”

The WEF also discusses ESG as part of its “sustainable” resource-based economic system:24

When combined, sustainable digital finance can take advantage of emerging technologies to analyze data, power investment decisions and grow jobs in sectors supporting a transition to a low-carbon economy.”

But it’s important to be aware of the downside of reliance on suspect labels like ESG, which could ultimately tie large parts of the global population, including small farmers, to a new form of data slavery. According to one of Navdanya’s reports:25

“A global ‘seal’ of approval based on fake science, fake economics of maximizing profits through extraction will create new data slavery for farmers. Instead of using their own heads and cocreating with the Earth, they will be forced to buy ‘Big Data.’ Instead of obeying the laws of Mother Earth, they will be forced to obey algorithms created by Big Tech and Big Ag.” 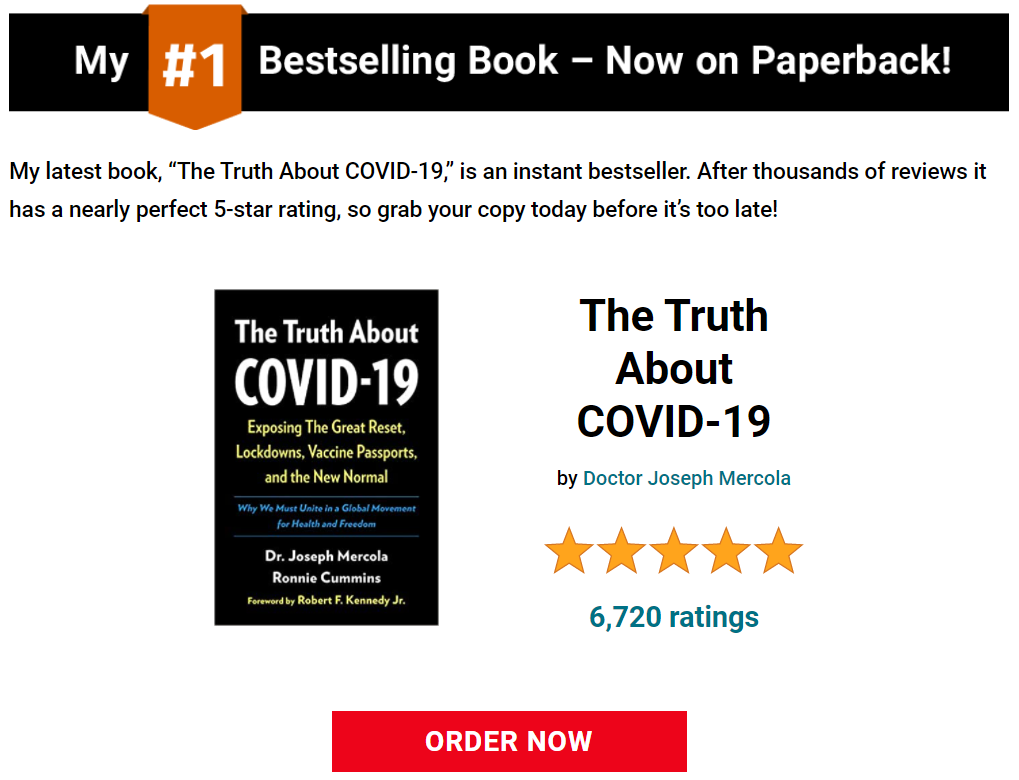