In 2020, the Democrats in Virginia railroaded through a piece of radical climate legislation called the Virginia Clean Economy Act (VCEA).

Its goal was to reduce the Commonwealth’s carbon emissions to zero by 2045 and would achieve its ends by bulldozing large amounts of farmland and wilderness to foist the construction of massive new solar and windfarms.

Now, a bill pending before the Virginia House of Delegates (HB 118) would lift this heavy hand of government from Virginia’s electricity generation, protect the environment, make the grid more reliable, and lower prices for everyone.

I am headed over to the Virginia House of Delegates this week to testify about the terrible effects the Virginia Clean Economy Act (VCEA) is having. Ending this terrible policy is, without a doubt, in the public interest. We need your help!

Click here, scroll down to HB 118, check the box, then go to the bottom of the page and add your comment on ending the foolish VCEA today.

This is not just a Virginia issue. Everywhere in the world that government has shuttered efficient fossil fuel energy sources and forced people into wind and solar — prices have risen, the environment suffers, and reliability is destroyed.

This effort in Richmond is offering the entire country a model for how to roll back dangerous statewide Green New Deal initiatives.

Let your voice be heard. Tell legislators in Virginia that VCEA:

CFACT’s friends and readers know all too well that inefficient, intermittent wind and solar are terribly destructive, expensive, and unreliable.

Tell the Virginia House of Delegates the truth about which energy sources work and which don’t. 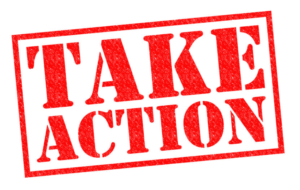 Add your voice to CFACT’s.