If hospitals had utilized the Zelenko protocol with intravenous vitamin C and vitamin D, then covid-19-associated deaths would be virtually nonexistent

If hospitals had utilized the Zelenko protocol with intravenous vitamin C and vitamin D, then covid-19-associated deaths would be virtually nonexistent

A multi-center, randomized, open-label study assessed the effectiveness of vitamin D and the Zelenko protocol (hydroxychloroquine, zinc, and azithromycin). Seven hospitals in Turkey applied the treatment protocol with and without vitamin C to study its effectiveness for shortening the duration of illness and prevention of death.

The researchers found that intravenous vitamin C sped up patient recovery from an average of 45 days in the hospital to 15 days. The study concludes that a “treatment protocol of HCQ, AZM, and zinc with or without vitamin C is safe and effective in the treatment of COVID-19, with high dose IV vitamin C leading to a significantly quicker recovery.”

After the World Health Organization (WHO) declared a “worldwide pandemic” in February of 2020, all eyes were fixated on hospital capacity. Even though most hospitals around the country never witnessed a much-anticipated surge in infections, there were inner city hospital systems that saw burgeoning fatality rates. Hospitals in New York City were among the first to advertise their failure in treating covid-19 patients.

These inner-city hospitals are normally overcrowded with influenza, pneumonia, RSV and various nosocomial infected patients, but in 2020, during the covid-19 awakening, the world got to see the problems within the medical system. Hopeless ventilation protocols were the standard of care from the start. The federal coronavirus response, under the leadership of Dr. Anthony Fauci, forced the widespread manufacture of these machines.

Fearing the spread of an unknown strain of severe acute respiratory syndrome, hospitals were incentivized to diagnose covid-19 early and often, even when it was merely suspected. Fraudulent PCR testing was rolled out en masse, even though it was never designed to identify and properly diagnose a single infectious disease. Droves of hospital patients were rushed onto a closed loop system, aka ventilators, to stop them from “spreading” or breathing into the surrounding air. These devices of death destroyed lungs, imparted oxidative damage, caused nosocomial infections and cytokine storms, leading to ghastly fatality rates. Under this system of terror and iatrogenic error, hospital systems were exposed as modern-day gas chambers.

Under Fauci, patients were forced to suffer, to force more suffering into existence via bioweapon vaccine experiments

Under Fauci’s leadership,  hospital systems disregarded all the efficacious treatment protocols that were being used successfully around the world. Effective treatment protocols from independent US clinics were also ignored and censored. The Zelenko protocol used hydroxychloroquine (HCQ), zinc and azithromycin early on to successfully treat thousands of patients. But insurance companies and the pharmaceutical industry dominate the medical profession, using regulatory agencies like the FDA to impose their so-called science onto medical professionals. Fauci was quick to shut down the Zelenko protocol in the US, but pushed for the widespread use of highly profitable Remdesivir, which only contributes to renal failure, iatrogenic error and increasing fatality rates.

In order to legally approve a “vaccine” with the FDA’s emergency use authorization, no efficacious treatment protocols can exist. The mRNA vaccine experiment that has contributed to further medical error and early death, was forced on the US and the rest of the world by simply withholding valuable information on viable treatments and by suppressing the use of nutraceuticals, antivirals, herbal medicine, bronco-dilators, immune-modulators and anti-inflammatory drugs. After two years of following along with these crimes against humanity, many medical professionals clearly look like Mengele puppets now, pushing propaganda and withholding treatments that work.

Dr. Fauci, the CDC and the FDA do not need to be investigated because their crimes are right out in the open. Fauci and the dictators at the CDC use the staggering covid-19 death toll to blame the unvaccinated, but these public health propagandists are really just using innocent people as scapegoats to cover up for the government’s extensive list of crimes. Meanwhile, the “unvaccinated” are still treated poorly in US hospitals, and they have to fight for their right to use basic anti-viral protocols while they are wrongfully isolated, discriminated and mistreated in the hospital death chambers.

If hospitals utilized hydroxychloroquine (HCQ), zinc and azithromycin (the Zelenko protocol), along with intravenous vitamin C, vitamin D, nutritious juices, ivermectin and plant-based antivirals, then covid-19-associated fatalities would be virtually nonexistent. These treatment protocols were common knowledge long before 2020, but hospitals are not financially incentivized to treat infectious diseases properly. These institutions of death are set up to profit from people’s suffering. Even sadder: kind healthcare professionals are forced to work in this coercive environment of despair, droning away in a divisive, abusive culture where they don’t even have authority over their own conscience or body autonomy anymore. 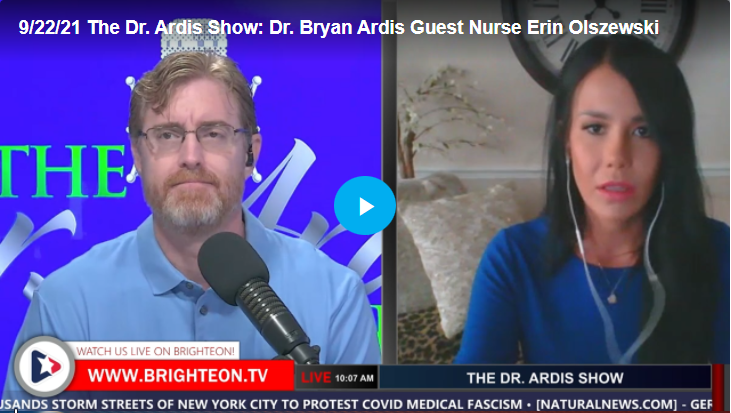