CFP’s battered little boat having survived the maelstrom, is sailing into 2022 with a new mission—hoping other news sites will join together to tear down Google’s digital domain and run rampant through their demonic empire

Google, Facebook and Twitter little-boys-grown- tall CEOs are akin to the fictional Dutch boy who tried to hold back the waters sticking his finger in to a leaking dike—by suppressing the Truth, censoring news they don’t want the masses to know about.

The big bully social media censors of our day are a joke.  According to the classic story, the boy with his finger in the dike stays there all night, in spite of the cold, until the villagers find him and repair the dike.

In point of fact, they often know the “King is Dead” before the King IS dead

No villagers are coming to the rescue of Google, Facebook and Twitter, other than the globalist-driven Democrats now too busy fighting each other to come to social media rescue.

Somewhat comical when so many are aware that the Democrats,—being exposed for what they have done, are now desperately looking for a credible EXIT FROM COVID.

Meanwhile, the latest YouTube-censored video was Joe Rogan’s interview with Dr. Robert Malone, who since January 2020, has been leading a large team focused on clinical research design, drug development, computer modeling and mechanisms of action of repurposed drugs for the treatment of COVID-19. Dr. Malone is the Medical Director of The Unity Project, a group of 300 organizations across the US standing against mandated COVID vaccines for children. He is also the President of the Global Covid Summit, an organization of over 16,000 doctors and scientists committed to speaking truth to power about COVID pandemic research and treatment.

Earth to YouTube censors: the video had already gone viral before it was taken down, and is walking on giant stilts all over the Internet today, courtesy of your rising competitors,  Rumble, GETTR and multiple other platforms exploding in popularity—all because of you.

You would think that because of their billions of dollars and the power that comes from corrupt global governments on their side that Google bigwigs Sergey Brin, Larry Page, Sundar Pichai et al—with all the leisure time that comes with a life of luxury—would have learned something about human nature—but incredibly, they did not.

Down through the annals of time, dictatorial authorities have never quite been able to keep the Chattering Classes from knowing what they know. In point of fact, they often know the “King is Dead” before the King IS dead.

People will not be stopped from searching for the truth

After de-platforming thousands of conservative news sites, and denying marooned advertisers the ability to promote their products, Google doesn’t seem to get it that ‘Word of Mouth’ is STILL the best form of advertising.

In spite of all their bullying, threatening,  banning culture cancelling and other forms of suppression, social media is in the same position as world governments with their overreaching scare-mongering, mandates and lockdowns—people will not be stopped from searching for the truth.

Even discounted, shunned and largely ignored by both mainstream and social media, the masses will continue to try to find out whether more people are dying from the vaccination than the media-hyped pandemic—one way or the other.

To them and their families after all, it could be be a matter of life or death.

In the case of little, independent Canada Free Press (CFP), we have learned much from our ongoing battles with bully social media giant Google, and their kissing cousins, Facebook and Twitter.

Traffic is the lifeline of advertising

Most who responded to our plea for donations for the first time in 25 years online, were people unknown to us—meaning that through Google we learned that CFP’s reach is far more than we ever knew!

Readers of CFP and other news sites can get around Google on their own computers by typing in the name of the news sites they’re trying to reach on the address bar on their own devices.

This comes with a bonus called “traffic”.  Traffic is the lifeline of advertising.  Unlike Google, advertisers don’t put politics above the products they sell and their bottom lines.

Google is supposed to be a 21st Century business, but what kind of a business wastes so much time sending copious harassing emails to news site owners—even after they have already taken down Google ads as ordered—and then resort to ordering them to take their front page offline!

Google and no other social media owns the Internet—they only think they do!

It’s been nine months of the Google Harassment Campaign against CFP,  and Google has haughtily and patently ignored all our efforts to reach them.

Meanwhile, CFP’s battered little boat having survived the maelstrom, is sailing into 2022 with a new mission—hoping other news sites will join together to tear down Google’s digital domain and run rampant through their demonic empire.

This is CFP’s New Year Message to Google: Just like the little guys you’re trying so hard to deliberately crush—you’re now on your own!

Dr. Robert Malone Full Interview By Joe Rogan: Explains How Dire the Situation is in the USA: 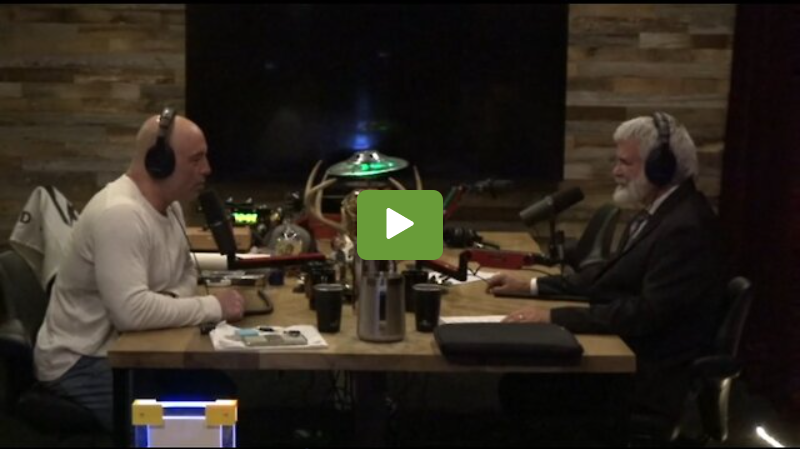