The emails, which were reviewed by the Washington Free Beacon, reveal that Viola Garcia, NSBA’s president, and its CEO Chip Slaven, sent their letter to Biden without the approval of NSBA board members.

According to a press release, PDE sent public records requests last week to the local districts of NSBA’s officers, directors, and ex officio voting directors, seeking emails and text and instant messages relevant to the letter sent to Biden.

“PDE received emails between the board that demonstrate that the board was not consulted before such a letter was sent,” the parents’ group stated. 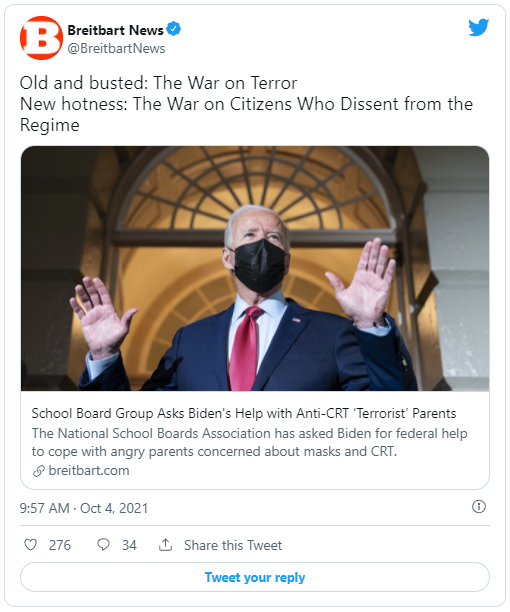 A document, which PDE states contains all the redacted emails and other messages can be found here.

One email in the document appears to show that, on the evening of September 29, Slaven, also NSBA’s interim executive director, forwarded the letter to Biden to NSBA’s board of directors, informing them he and Garcia had been “in talks over the last several weeks with White House staff,” and “they requested additional information on some of the specific threats.”

Slaven’s message to the NSBA board of directors states:

As you are probably aware, the level of threats and actual violence have increased the last few weeks and there are now some groups recognized for violence showing up at schools and school board meetings. The level of concern is rising. It is hoped the letter will also call out the bad behavior occurring and promote calmer thinking when people are debating these important issues. This letter is embargoed until tomorrow morning when it will be shared publicly. The letter will also be shared this evening with the state association executive directors.

On October 2, Garcia wrote to the NSBA directors, “These are troubling times.”

“NSBA has been engaged with the White House and the Department of Education on these and other issues related to the pandemic for several weeks now,” she continued. “The pandemic and our heightened political environment have created a lot of tension in our society.” 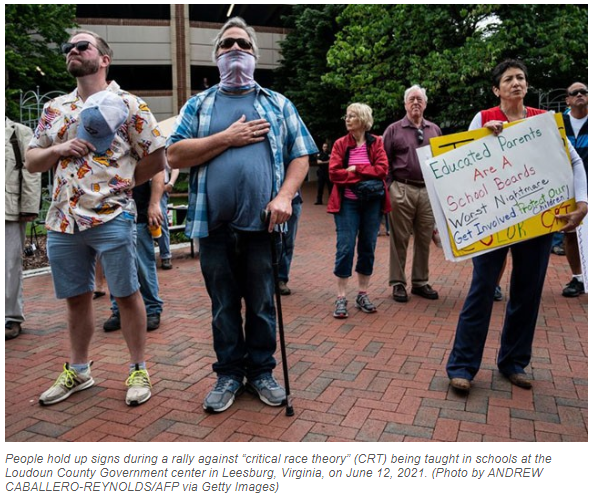 Garcia added regarding local school board meetings and the request for federal law enforcement intervention:

What we have witnessed are coordinated efforts, playbooks, for creating chaos at school board meetings and in local communities. Letters across states are very similar and these incidents are beyond random acts. What we are now seeing is a pattern of threats and violence occurring across state lines and via online platforms, which is why we need the federal government’s assistance. 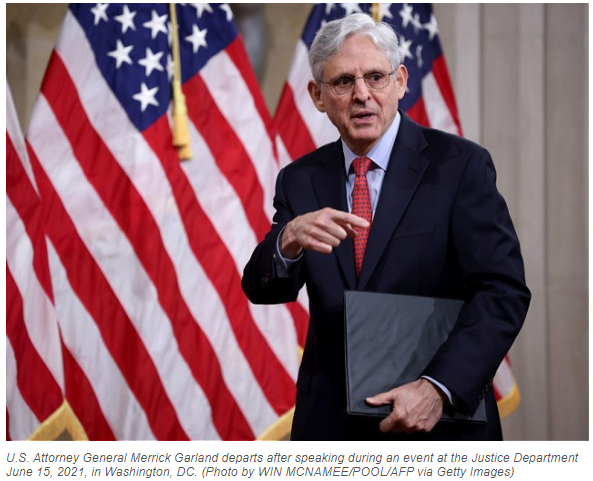 Emails from members of the NSBA board of directors suggest some were displeased Garcia and Slaven sent a letter to Biden and disclosed it nationally without the approval of the NSBA executive committee.

“Many of us have been put in a position now of explaining or defending this action of our association as we are asked by members of our community if we consider them domestic terrorists for showing up to our meetings and expressing their opinions,” John W. Halkias, a director from the NSBA’s Central Region, wrote on Oct. 1, for example.

“[W]hile I believe the intent was good, unfortunately, instead of helping our members and working to decrease the tensions and hostility that many of us are facing, we seem to have fanned those flames of hostility and division,” he continued.

U.S. Attorney General Merrick Garland departs after speaking during an event at the Justice Department June 15, 2021, in Washington, DC. (Photo by WIN MCNAMEE/POOL/AFP via Getty Images)

Halkias added he and other board members “should have been consulted before a letter like this was sent out publicly, and no less to the President of the United States and the National Press.”

Steven Chapman, a director from the NSBA’s Pacific Region, responded to the notice of the letter sent to Biden stating it should have “at least” been “reviewed by the executive committee.”

Attorney General Merrick Garland testified Thursday he took the word of the NSBA that parents voicing their concerns at local school board meetings should be investigated as possible “domestic terrorists.”