Red October – End of World as We Knew It – Clif High

Red October – End of World as We Knew It – Clif High

Clif High is an Internet data mining expert who has many well-documented correct forecasts.  He predicted that Bitcoin would rise to $64,000 (it did) when it was less than $10 per unit.  High uses something he calls “Predictive Linguistics” and computer programs to sort through billions of bits of information on the Internet to predict future trends and events.  High’s recent data shows everything is in the process of breaking down.  Food production, trucking, health services, millions will get very sick and many of them will die, the military breaks down, political system breaks down and the financial system will suffer a horrible unfixable crash. High says the breakdowns are getting so bad that he is calling this month “Red October.”  In short, the breakdowns will wake up the masses to all the evil that has been hidden.  High says, “We can follow these things on up to find out where the real evil is, and I hope we don’t destroy our ability to do that in the process of cleaning this out.  We are, at this point, where the ‘normies’ are going to wake up.  But what are they going to wake up to?  Are they going to wake up to Biden cheated?  Are they going to wake up to Biden the traitor at the request of the CCP?  That he assisted the CCP in cheating?  Or are they going to wake up to Biden the Globalist working with the CCP stooges?  There are so many layers it’s going to take a long time for people to come to some understanding.  I think, basically, they will get to a point that they say that’s good enough, I don’t need to know anymore.”

One very big wakeup call is going to come from our crashing financial system.  High explains, “This hyperinflation is showing up everywhere. . . . We will have the real markets, cost of potatoes, gold, silver and Bitcoin and those things that are outside the dollar system . . . this month, October, I think we will start a bull run in commodity prices that is similar to what happened in Venezuela.  That will be our financial system . . . last gasping breaths.  It will be shuttering and shaking through October, November, and I don’t know if it will be through much of December.  This will be a very . . . crushing time, a very burdensome time.  People need to know we will get through this.  It’s not going to be the end of the world, but it will be the end of the world as we knew it, but the end of the world as we knew it was oppressive.  It was from the people that kept us enslaved.  This is a very terrible time indeed, but it liberates us.”

High also sees in the data people will wake up to being purposely poisoned and murdered, and this is actually “asymmetrical warfare.”  The Deep State players such as government bureaucrats, drug company executives and doctors who pushed this will face an outraged grieving public.  High says, “. . . This will turn very, very ugly. . . . I don’t even like to talk about it because there is nothing you can do about it. . . . They will come to understand that this was deliberate . . . the data says individuals will take revenge on the people who actually injected them.

High goes into detail of what he is seeing in the data for years into the future, and it’s not pretty for the evil people who perpetrated this crime against humanity.  High explains, “I am also of the opinion that will carry up the chain, and you will see people take revenge on, basically, world leaders, you know, the politicians and the Bill Gates of the world.”

High says the data is telling him that “cash will be king” even though the Federal Reserve may go completely away.  High also sees gold at “$20,000 per ounce” and silver vaulting higher day after day.  High contends when it comes to silver in the low $20 per ounce range, “they are actually paying you to take it.”  High also says, “The price of the white metal should be at least $600 per ounce . . . . They are suppressing it by about $580 per ounce, and that means it’s very cheap to buy at the suppressed price.”

High’s data also says, “At least 30% of the normies will be awake by the end of October with many more to follow in November and December.”

Join Greg Hunter of USAWatchdog.com as he goes One-on-One with data mining expert Clif High, and he goes on a deep data dive as to what is likely to happen from now to the end of 2021.

(What is written here is a fraction of what is in this 1 hour and 34 min. interview.  Because of the length, I will not be posting on Tuesday or Wednesday.) 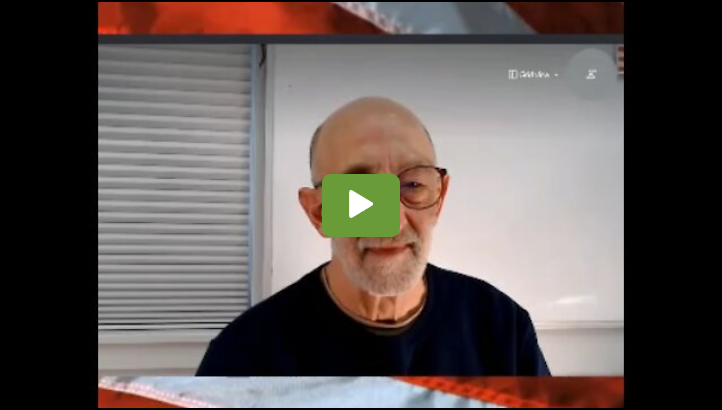 Clif High says he no longer sells his Internet data mining reports, but he does commentary about his data mining research and gives free analysis on his Bitchute channel.

This segment is sponsored by Discount Gold and Silver Trading. Ask for Melody Cedarstrom, the owner, at 1-800-375-4188.