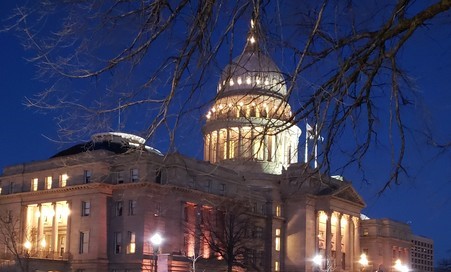 Last year citizens witnessed executive overreach, bureaucratic bullying, and state-sanctioned tyranny like never before. The jurisdictional boundaries of protection and rulemaking were erased and transformed as leaders took their marching orders from the media, Doctor Fauci, and the CDC. At first, citizens were afraid, but as the “emergency pandemic” lingered on, frustrations led to anger towards an out-of-control government and a self-appointed Idaho de-facto dictator.

Legislators’ phones rang off the hook, but most claimed they had “no power” to help the citizens. When an extraordinary session was called by the self-appointed “govictator”, legislative leadership claimed they had no power except the power the “govictator” allowed them, but they promised to address the issues in January 2021 when the next legislative session began.

Here we are, well into our fourth month in the 2021 session (much longer than anticipated), and the “govictator’s” power remains unchecked while the legislature is spinning its wheels, creating lots of smoke but gaining little traction. There still seems to be no end in sight for the 2021 session or for any meaningful checks and balance to the executive branch.  So far there have been over 590 bills printed and debated, and 266 bills signed into law. Below is a brief recap of last week and a look at what is coming.

Education: Pressure has led to a policy bill that will address Critical Race Theory in education. A victory!

There are 35 bills left for the House to vote on plus a few more making their way through committee. Many of the bills left (“hanging on the 3rd reading calendar”) are appropriation bills for education. The House has made it clear that until the problem of Social Justice brainwashing and Critical Race Theory is addressed in Idaho education from K-12 to colleges, the House is not willing to keep pumping money into an indoctrination system.

As a result of holding or killing education bills, House Bill 377 emerged. HB377 was passed by the House last Thursday and is policy language designed to address Critical Race Theory and Social Justice teachings in our schools. This is a big win for all Idahoans who truly value honest impartial teaching and a robust and well-rounded education for our children. The bill has been sent to the Senate for a vote, and hopefully will be put on the governor’s desk this coming week. Once this happens, the House will likely be more willing to pass appropriation bills to fund education. 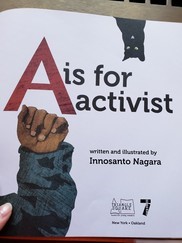 Last week you emailed legislators about SB1193, a bill to give $6 million federal grant dollars to one nonprofit (ID-AYEC) who would distribute the money for programs for children age 0-5. This nonprofit is connected to a the national nonprofit NAYEC and the Idaho group was promoting social justice propaganda (see more here).

Congratulations! Your phone calls and emails are working, because the bill is now being held while legislators are being lobbied. (LINK to 1193 SJ photos-info)

After more research on how the money would be distributed, we found even more disturbing information. The grant is set up in 4 parts. The majority of the $6 million goes to set up a bureaucracy and data structure for the data collected on kids 0-5. One of the programs we found, places “wearable” digital monitoring devices on children age 0-5. Yes, this is true! Please continue your efforts of calling and emailing until this bill disappears from the calendar!

Guns: A bill is moving through the system to address a.nticipated federal overreach

Once again, The Idaho 2nd Amendment Alliance along with Senator Zito have worked hard to get a Second Amendment Bill passed through the Senate to help Idahoans. Their commitment led to the drafting of SB1205, the “Idaho Firearm and Firearm Accessories Components Protection Act,” and will be heard in the House State Affairs committee on Monday. SB1205 will protect the rights of Idaho citizens regarding new federal executive orders and other actions. The bill prohibits Idaho government entities from enforcing new federal actions concerning firearms and firearm accessories that violate the Idaho constitution. This vote will most likely pass on party lines and be sent to the governor for signature to law.

Tax Relief for the People:  No grocery tax repeal, no property tax relief. 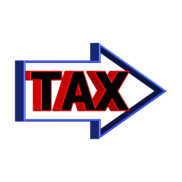 Citizens will not get a repeal of the grocery tax in 2021 with the current House leadership who is 100% against it. Idaho is one of only five states that fully taxes groceries. Instead, an income tax bill (HB380) passed to cut income tax rates from 6.925% to 6.5%, and provide to each taxpayer a Biden-like, one-time tax rebate starting at $50 for up to 9% of last year’s taxes paid. While any tax cut is good, this tiny relief from a state that is sitting on millions of surplus dollars is a slap in the citizen’s face. Government always thinks of itself first before returning extra money to citizens. As for a lack of any property tax relief, again thank House and Senate leadership. They are the gatekeeper on this important issue. Elections have consequences.

There will be billions of federal dollars rolling into Idaho to federalize the remainder of our state. Federal funds will be dumped directly into cities, counties, schools, broadband, water systems and so much more with little if any oversight and lots of federal strings attached. Legislative leadership would not entertain a conversation if the State should even take the money at all. Please prepared yourself and your families for the major change coming to our state and country. Private property rights, water rights, your children, your money will be just of few of things that legislative leadership and the executive branch believes is worth trading to get federal dollars. Don’t like it? Let them know.

Ending the Emergency: Restoring the balance of powers to rein in the Governor hasn’t happened yet. 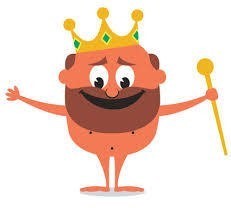 Over 100 days ago the House started this legislative session with a promise from leadership that they had developed 5 veto proof bills to rein in the governor’s overzealous power grab witnessed in 2020. As you may have realized by now, that was not true. We have not ended the emergency or reined in the governor’s emergency powers.

Two bills have been passed by the legislature. Both HB135 to protect Idahoans’ rights and limit the length of Governor emergency declarations and Senate Bill S1136 that says the Governor cannot change Idaho laws during any emergency, made their way to the Governor’s desk last week. Both bills were vetoed by the Governor.

Unfortunately, the Senate had 5 senators flip their votes and the override failed on S1136.  The Senators who changed their vote to side with the governor were the following: Patty Anne Lodge, Jim Woodward, Lee Heider, Fred Martin, and Jim Guthrie.

The House easily passed a veto override on H135 on a 48-19 vote, even though a few flipped their votes too.  Please call your Senators to make sure they vote to override the veto of H135, and to reconsider their failed override on S1136 by introducing a new bill.

Many weak legislators are afraid to stand up to the “govictator” and some seem to agree with his unilateral decision-making authority. There are many important issues that will likely not get addressed this session when they need attention the most. Elections have consequences. Bad leadership leads to negative outcomes for citizens.

Every vote your legislator makes offers insight into their beliefs, principles, honoring their oath, and willingness to follow the constitution.  Below is a link to a website that tracks Idaho legislators’ votes and scored them.  How do your legislators’ rate?  Click below to find out!

Here is a link to a non-profit (Idaho Freedom Foundation – IFF) that tracks all Idaho legislators’ voting records.  Bills are scored using a rating metric based on adherence to the constitution, if the bill grows government, if it hinders private business, along with other standards. Where does your legislator stand?

Good News: Citizens are waking up!

Citizens are waking up and appear to not be settling for lip service from their despondent public servants any longer. They do not want their representation to be simply a rubber stamp extension of the powerful executive establishment machine.

Citizens are becoming educated and engaged like never before, and it is encouraging! They are organizing, strategizing and making their voices heard. They are seeing the negative impacts of large corporations’ teaming in partnerships with government to take away their liberties and freedoms, and quite frankly, I think they are getting sick of it!

I will hopefully be sending my final legislative summary wrap up soon.  Thank you for being engaged and involved!