In this interview with The New American magazine’s Senior Editor Alex Newman, prominent Law Professor David Clements explains that the Constitution and the rule of law are breaking down in the United States amid election-integrity issues, the failure of the court system to consider the evidence, so-called “cancel culture,” and increasingly extreme efforts to silence any and all dissent. The remedy begins with people not being intimidated and continuing to speak the truth, he said. Professor Clements, who has studied many of the election cases from the scandal-plagued 2020 presidential election, said it was incredible that the courts refused to consider the powerful evidence using bizarre legal arguments. His speaking out in a viral video on what happened on January 6 at the Capitol led to radical attacks on him that landed him in the public spotlight. However, he refuses to give up, and urges all Americans to keep speaking truth. 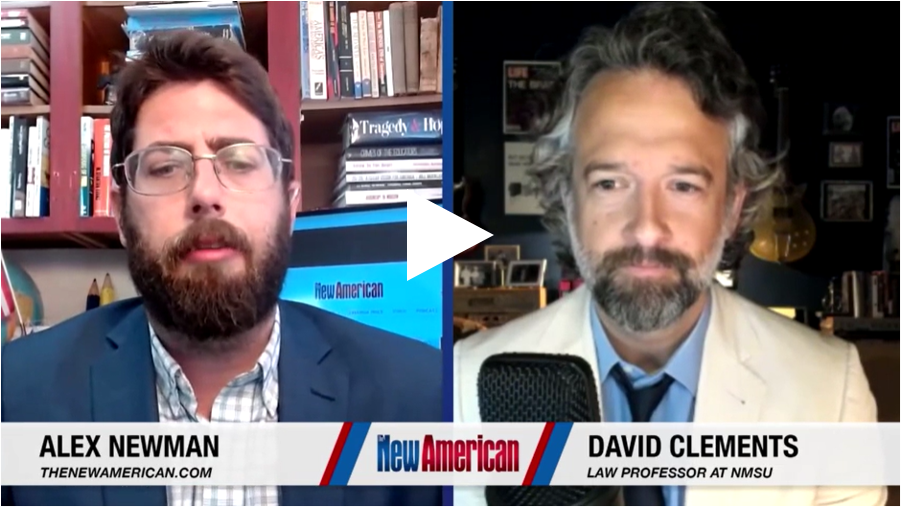