April Fool’s Day is the best day to celebrate our government and the many amazing people who claim to run it for “the people.” 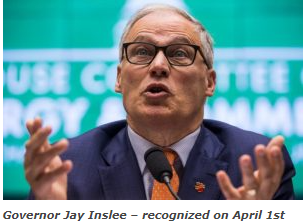 Many others have proposed that we have some type of national holiday where we celebrate The State, in all its wonder, glory and awe (see article here for example, and Remy video linked here and below).  However, while April Fool’s Day would seem to be the most appropriate day on the calendar to celebrate our government, there truly is merit in providing examples of how government even at a local and state level has lost its way, corrupted itself, and seems to be bumbling down an ugly path which most rational people know is headed in the wrong direction.  However, changing directions for the Leviathan of Big Government and the incompetent corruption in which it swims is never easy. 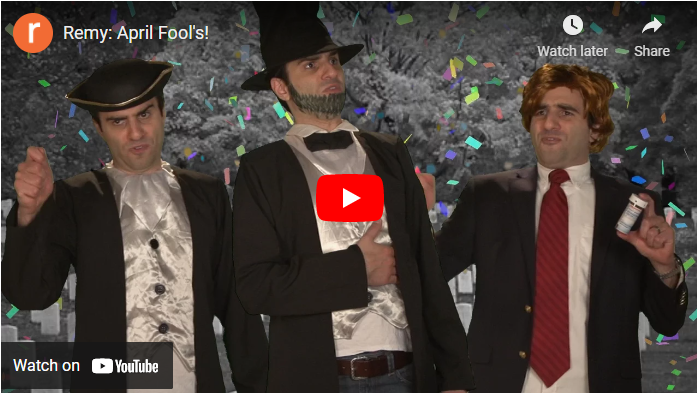 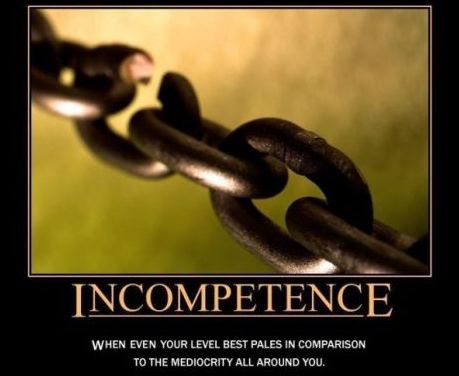 For an example, let’s go to my home state of Washington, on the Left Coast.  Unlike the nearby California or Oregon state legislatures, the voting patterns of Washington State have demonstrated some a partisan fight for control of the state legislature. Control of the state senate and house has been closely contested and even in recent times, narrowly controlled at times by the Republican Party.  The Governor’s mansion has been occupied by a Democrat since Ronald Reagan was President. Failed Presidential candidate Jay Inslee currently occupies that office. After the 2020 elections, through 2022 at least, the Democrats have control over the state house and senate.

A political monoculture is never a healthy thing, but politicians, bureaucrats, and the special interest grifters who profit from one party control often show their true colors when they rule the roost.  Which brings us to the topic of today’s article – fish culverts, incompetence, and corruption.

This story highlights the total corruption of the Washington State Democratic Party’s political leadership, the passivity and impotence of the Republican leadership, and how the taxpayers are harmed when this political combination is in effect.  This is just part 1 in what appears to be an ongoing series.

For a reasonable and more detailed history of this case go here. 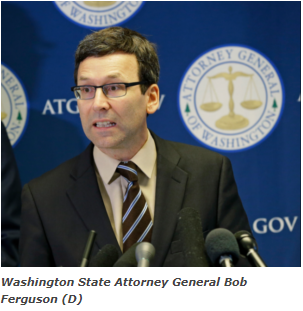 The foundation of this story begins with a 2001 lawsuit filed by the Federal Government on behalf of the 21 native tribes of Washington State to obtain a formal federal court determination that the State of Washington had a legal obligation to improve salmon habitat (mostly) by replacing thousands of existing culverts with much larger culverts which would in theory help improve salmon migration (see info about anadromous fish linked here for more background).  In 2007, the Feds (and Tribes) prevailed in determining Washington State had an obligation to replace these culverts and improve the habitat.

Washington State Attorney General Bob Ferguson (D), was elected in 2012, and while he touts his legal ability to beat up on the weak and politically inconvenient people like Tim Eyman, he has a terrible track record and conveniently always chokes when faced with serious litigation which have real impacts on the taxpayers of Washington State (like protecting the $30 car tab initiative).  AG Ferguson predictably fumbles this case in Federal District Court in 2013, when the court issued an injunction demanding the state accelerate the replacement schedule for these culverts.  Ferguson then proceeds to lose at every step of the way for the next five years, culminating in a US Supreme Court decision on June 11, 2018 upholding the district court ruling and creating a substantial liability for the taxpayers of the State of Washington.  The 21 Washington State tribes understandably celebrated this as a major legal victory. 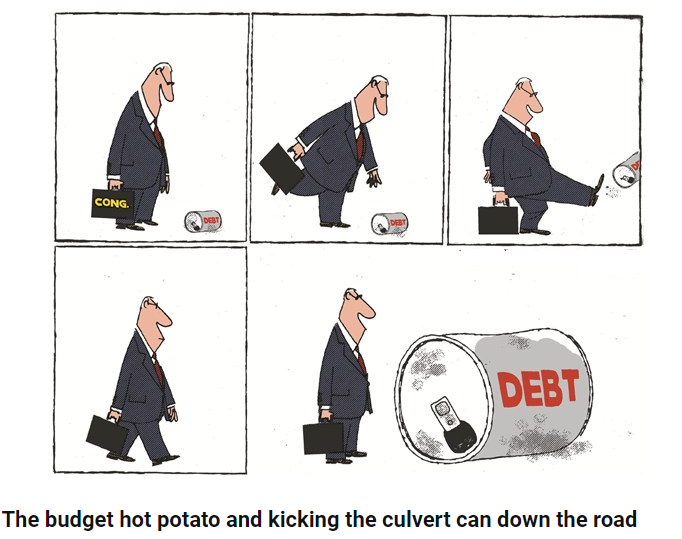 Once Washington State was formally stuck with the liability and a clock running (Culvert replacement must be done by 2030), there was really only two things the politicians and bureaucrats had to sort out.  The first, was “Whose budget ox would be gored by this large liability?” The second question was “How much would it cost?.”  Obviously, the taxpayers are on the hook either way, but bureaucrats and politicians prefer to shift the blame (and the costs) to someone else when possible.

The budget fight was an intramural squabble between the Capitol Budget crew and the Transportation Budget gang.  The Transpo guys lost the fight, so they got stuck with the tab.  The Washington State Department of Transportation (WashDOT) originally budgeted $1.8 billion dollars.  The State legislature did nothing.  The next year, WashDOT budgets $2.8 billion to do the job.  The state legislature snoozes away.  Now, WashDOT is projecting a cost of $3.8 billion to comply with the court orders.  Outside of the state’s Education boondoggle and the Sound Transit light rail Ponzi scheme, this is starting to become a real budget problem.  This is one of the largest court-ordered unfunded liabilities the state has, and despite Democratic Party control, nothing substantial is being done.  The clock is ticking and the price tag keeps increasing.

A proposed new logo for the Washington State Democratic Party 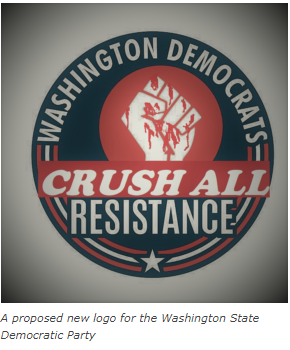 Additionally, the inexplicable failure of the legislature, controlled during this time by the Democratic majority, to do anything to solve this problem is starting to understandably annoy the tribes.  Put yourself in their shoes.  This was a big legal victory for the Tribes.  They wanted to replace the culverts, and after two decades, they legally forced the state to do it.  In addition, the Tribes kick out a lot of campaign cash every year in Washington State, and nearly all of it lands in the Democratic Party’s coffers, yet the Democrats are ignoring them.  What do they have to do to get some attention?  It gets even more absurd from here.

Fast forward to the budget battles of the current session, and the current Transportation budget is being negotiated via the weird lockdown Zoom session of 2021. However, President Biden’s $1.9 Trillion Cares Act II has been signed.  This ensures billions of dollars are helicoptered all over the country including a few freight train loads of cash to be dumped in Washington State (about $15-$18 billion).  Of this pile, $6 billion is discretionary funny money that can be spend essentially as the state sees fit.

A warning sign located outside the state capital. “No spines allowed” 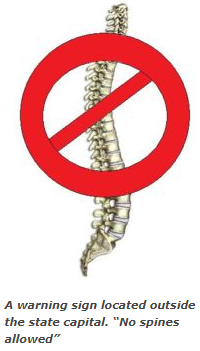 I’m rarely impressed by the Republicans in the Washington State legislature, but despite their tendency to be spineless and weak-kneed it can’t be denied that they usually understand the concept of budgets and math.  Certainly, they accept the reality of math which is a truth often denied by their Democrat colleagues in the house, state senate or the Governor’s mansion.  The Republicans on the State Transportation Budget Committee wisely suggested that this $6 billion “manna from heaven” cash dump was the perfect answer to the ever-growing culvert liability.  Why not squander the $3.8 billion now to get this culvert liability off the backs of taxpayers and solve the problem?  The Tribes agree.

However, this is not what the Democratic majority wants to do, and the Republicans seem unlikely to capitalize on the self-destructive insanity.

Screw the tribes, shaft the taxpayers, and fiddle while Olympia burns

Instead of solving the culvert liability and using the funny money cash dump from DC to do it, the Democratic majority plans a band aid approach of $350 million instead, which solves little.  However, it lets them squander the cash on other pointless pet projects.  Why would they do this?  Easy answer.

Senator Sam Hunt (D) (LD-22, Olympia) pretends to be friend of the tribes, but he personally intervened with robocalls to prevent the first Nisqually to run for county-wide office from winning an election. Talk is very cheap in Olympia. 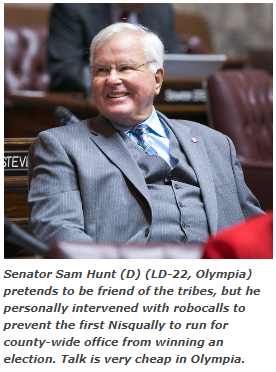 While the politicians and bureaucrats of Washington State, like their peers throughout the nation, always appreciate the opportunity to squander more cash on their friends and pet projects, there is something they want even more.  They want more taxes.  “Losing” the culvert case was viewed as the perfect opportunity to “force” a new tax on Washington State residents.  For example, the escalating liability of this culvert replacement fiasco can be encouraged to fester and bloat until there would be no way to fill the hole with existing tax revenues, and that “crisis” could then be the perfect excuse for a carbon tax or some other tax scam.  Remember, solving problems won’t grease the political wheels in Olympia.  Turning an annoying problem into a full-fledged budget fiasco and crisis is always a better excuse to get more grease.

Seriously, the Democratic Party has demonized the Republicans for decades and convinced the Tribes that their only choice is to fund the Democrats.  So, they do not care if the Tribal leadership feels shafted or disrespected.  The Democratic Party leadership just assumes that no matter how much they shaft the tribes of Washington State, as long as they talk a good game and pretend they care, they will stay on the Democratic Party’s political reservation and keep recycling government grant and gambling cash into campaign contributions to the Democrats. 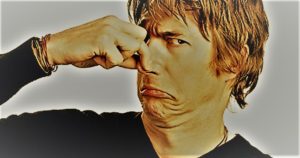 If this upsets you, wait until you read Part II… 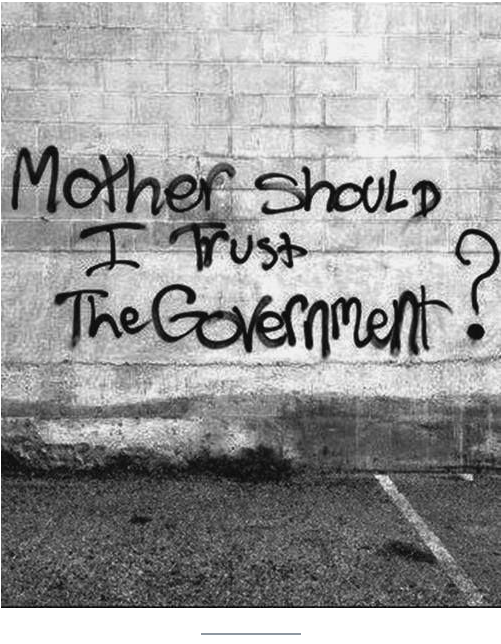