The Fog of COVID War — Locking Down the Healthy

In a peer-reviewed study, researchers found global data do not support lockdowns to restrict the spread of SARS-CoV-21 but, rather, suggested less restrictive interventions could reduce the growth of tested “cases.”

As I’ve written, PCR tests don’t distinguish between live viruses and noninfectious viral particles. But, the rising number of positive “cases” have been used to generate fear and control behavior.

The first country to initiate a lockdown to presumably protect public health was China, prompted by the Chinese Communist Party (CCP).2 Despite protests, the Chinese government used this unprecedented strategy to control the movements of their citizens.

This was only the beginning of global mandatory lockdowns and mask-wearing, business failures, growing unemployment and rising suicide rates. As data continue to demonstrate, the decision to lock down and force citizens to endure different, and potentially more dangerous, consequences has not been the right choice to protect public health.

A peer-reviewed study by Stanford University showed lockdowns have not provided the expected benefits.3 The team set out to determine if the restrictive non-pharmaceutical interventions (NPI) enacted to control the spread of COVID-19 were potentially less effective than anticipated.

The Stanford team evaluated data from 10 countries4 that had used less restrictive nonpharmaceutical interventions (lrNPI) and compared those against other countries that implemented mandatory stay at home and business closures, or more restrictive NPIs (mrNPI).5

In nine out of the 10 countries studied, the research found data supported a reduction in the number of cases when any type of NPI was implemented. However, after analysis, they did not find a significant beneficial effect using more restrictive interventions over less restrictive strategies in any of the countries studied.

In other words, the countries that implemented lrNPI such as mask wearing and voluntary social distancing experienced little difference from those implementing mrNPI. They concluded:6

“While small benefits cannot be excluded, we do not find significant benefits on case growth of more restrictive NPIs.

Political scientist and author Wilfred Reilly, Ph.D., evaluated the data in early 2020 and wrote there’s no empirical evidence the lockdowns have had any effect in reducing the spread of the virus.7 He used publicly available data to compare seven states that had not adopted shelter-in-place orders against those that imposed restrictive interventions.

He found the numbers did not support lockdowns as a means of limiting the spread of the contagion. He also discovered that large, densely populated cities had a higher rate of COVID-19, without respect to the strategy they used. He wrote:8

“The original response to Covid-19 was driven by an understandable fear of an unknown disease. The epidemiologist Neil Ferguson projected that 2.2 million people could die in the US alone, and few world leaders were willing to risk being the one who would allow such grim reaping to occur.

However, as time has passed, new data have emerged. A top-quality team from Stanford University has pointed out that the infection rate for COVID-19 must logically be far higher than the official tested rate, and the fatality rate for the virus could thus be much closer to 0.1 percent than the 2 to 4 percent that was initially expected.”

Early in the pandemic, quantitative scientist John Ioannidis observed that “we are making decisions without reliable data.”9 But, as Reilly points out, these decisions have continued, despite evidence they are not effective. Over 6,000 scientists and 60,000 citizens have signed the Barrington Declaration, calling for a halt to lockdowns, citing “irreparable damage.”10

How is it logical that shutting small businesses while allowing big box stores to stay open can help stop the spread of SARS-CoV-2? The only rhyme or reason to that decision is to move wealth out of the hands of small, privately held businesses into the coffers of multinational corporations.

December 9, 2020, attorney Michael P. Senger published a 30-point post on Twitter, detailing many of the individual and business consequences suffered worldwide from the COVID-19 pandemic lockdowns.11 The post included a Yelp report that 60% of business closures by September 2020 were now permanent, representing 97,966 businesses.12

Those that have taken the largest hit, according to an article in Forbes published in August 2020, are minority-owned businesses.13 By the end of April 2020, nearly half of all Black-owned small businesses had been eliminated.

According to the New York Fed, a nationally representative data set on small businesses showed an overall drop in active businesses of 22% from February to April 2020, the largest drop recorded. However, during that same time, the number of businesses owned by Blacks dropped by 41%, by Latinos 32%, by Asians 26% and by whites 17%.

Unemployment and small business closures have contributed to long lines at food banks across the U.S. Photos published in an April 12, 2020, article in The New York Times showed miles-long lines in multiple cities outside food pantries that “have become glaring symbols of financial precarity, showing how quickly the pandemic has devastated working people’s finances.”14

Nearly nine months later during the Christmas holiday shopping season, without sufficient evidence that restrictive lockdowns work better than social distancing, governments again initiated lockdowns for small businesses, creating yet another financial hurdle from which more individuals and businesses will have trouble recovering.15

The Harmful Psychological Effects of Lockdowns 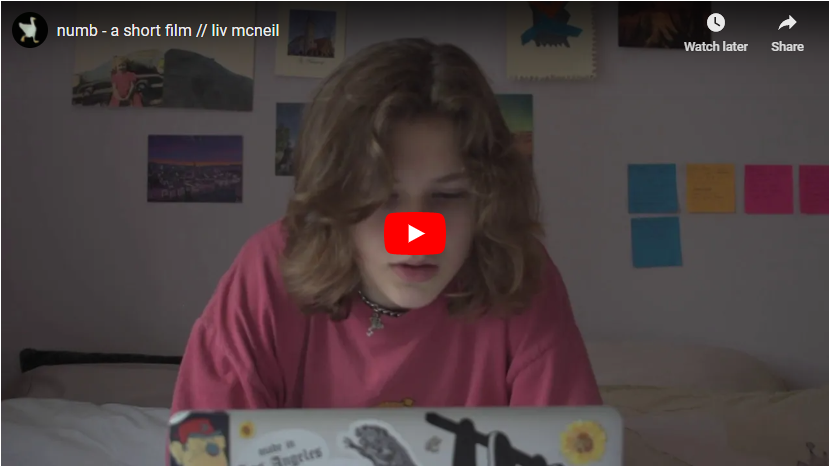 As this short film demonstrates, lockdowns and forced shelter-in-place orders not only can be mind-numbing, but can increase the risk of depression and anxiety. A survey done by Mental Health Research Canada16 in early October 2020 found 22% of those surveyed experienced high anxiety levels, which was four times higher than before the pandemic.

In an American Psychological Association survey in August 2020, they found Gen-Zers (born from 1997 to 2015) in the U.S. have been among the hardest hit in regard to mental health.17 Young adults from 18 to 23 reported having the highest level of stress and depression, and 51% of teenagers from 13 to 17 surveyed said the pandemic is making it impossible to plan for the future.

Not surprisingly, the American Medical Association has found the drug overdose epidemic has “grown into a much more complicated and deadly” epidemic.18 In an Issue Brief updated December 9, 2020, the AMA said, “More than 40 states have reported increases in opioid-related mortality as well as ongoing concerns for those with a mental illness or substance use disorder.”19

There has been an unexpected and rising number of young people who have died during 2020.20 Despite their low risk for COVID-19 death, adults from 20 to 44 years had the largest increase in “excess” deaths. This number is defined as “the number of persons who have died from all causes, in excess of the expected number of deaths for a given place and time.”21

Excess deaths in this age group jumped by 26.5%, surpassing the number of excess deaths in older Americans who are at higher risk for a COVID-19 fatality. According to the CDC, these excess deaths were not linked to the coronavirus but, as the Daily Wire reports, it has been suggested they were “largely attributable to deaths of ‘despair,’ or deaths linked to our ‘cure’ for the disease: lockdown measures.”22

During the first four months of the pandemic, Rape Crisis Network Ireland reported rape and child sex abuse had increased sharply and the number of survivors who contacted crisis centers for counseling jumped by 98% from March through the end of June 2020, as compared to 2019.23

CNBC reports that data collected from the British group Women’s Aid revealed 61% of domestic abuse survivors reported their abuse had worsened during lockdown.24 The number of women killed by their domestic partners also doubled during the first three weeks of lockdown in the U.K.25

Suicides Happening During the Pandemic in Greater Numbers

Data from a hospital in Massachusetts showed a dramatic jump in patients who were seeking emergency care after being battered by their domestic partner in the nine weeks from March 11 to May 3, 2020, when schools had been ordered closed by the state.26,27

During those nine weeks, 26 were seen for treatment of domestic abuse injuries including strangulation, stabbing, burns and gunshot wounds, accounting for one less than the number in the same period in 2018 and 2019 combined.

No Historical Precedence for Lockdowns 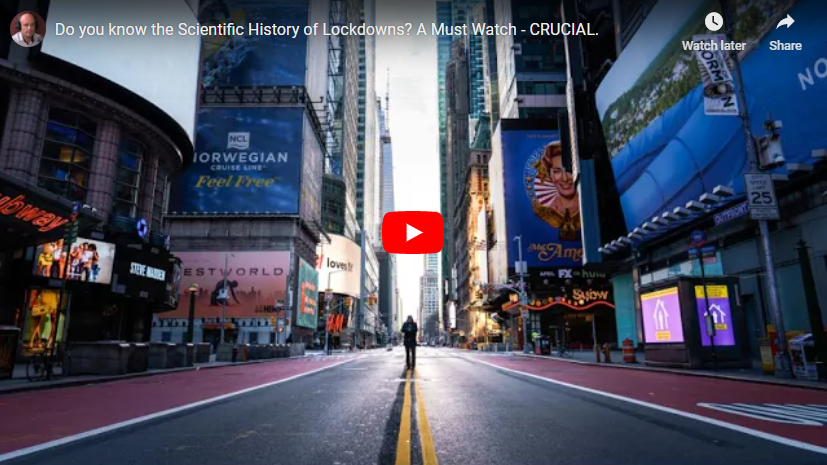 The sheer number of people whose lives have dramatically and irrevocably changed during the forced lockdowns with COVID-19 will affect the mental, financial and physical health of the world for years to come. However, as you’ll discover in this short video based on an extensive open letter,29 there has been no historical precedence set for a population-wide lockdown.30

“In the course of our work, we have identified issues of a potentially criminal nature and believe this investigation necessary to ensure the interests of the public have been properly represented by those promoting certain pandemic policies.”

Infectious disease specialist Donald Henderson, credited with eradicating smallpox, wrote in Biosecurity and Bioterrorism in 2006 about mitigating the effects of pandemic influenza. The paper concludes:32

“Experience has shown that communities faced with epidemics or other adverse events respond best and with the least anxiety when the normal social functioning of the community is least disrupted.

Strong political and public health leadership to provide reassurance and to ensure that needed medical care services are provided are critical elements. If either is seen to be less than optimal, a manageable epidemic could move toward catastrophe.”

The open letter also points out that as of 2019, the World Health Organization’s own guidance did not advise border closures, contact tracing or even quarantining people who were known to have been exposed under any circumstance.33

As each state in the U.S. accepted lockdowns and shuttering businesses, the governor of South Dakota stood firm that the state would remain open and practice social distancing.34

While the rest of the country is floundering financially, South Dakota’s Gov. Kristi Noem revealed in December 2020 that the state “closed the 2020 budget year in June with a $19 million surplus, and our general fund revenues are up by 19.4% right now compared to the same time last year.”35

Added to the state’s financial standing, according to the Johns Hopkins Coronavirus Resource Center, as of January 19, 2021, South Dakota was the 40th state in a list of deaths and recovered cases.36 This is in line with their state ranking by population, which is No. 46.37

Now Is the Time to Fight Against Global Restructuring

TechStartups reported in September 2020 that six companies owned 90% of the news media.38 This means that 90% of the news being consumed is filtered through the lens of large corporations that are intent on protecting their financial interests.

I would caution you to fully evaluate the information being disseminated in the news and on television before accepting it as truth. There are few independent journalists whose focus is on bringing you an unbiased view of events and research, which I discussed in a revealing interview with Sheryl Attkisson in late 2020.

Some of the information you’ll find in my newsletter is not shared through the general media. In fact, it is not in the best interest of the media and those who control the news for you and your friends to have this information. To halt the repercussions of this planned event it will be necessary for you to act on accurate information.

I encourage you to share my newsletter with your friends and family so more people are informed about how they can take control of their health, including what interventions and treatments are effective and which are not.

It’s important to understand that now’s the time to fight back: to resist any and all unconstitutional edicts. Once controlling strategies are in place, it will be too late. Read more about the strategies you can use in your community in “Why Lockdowns Don’t Work and Hurt the Most Vulnerable.”