Seattle is decaying while we watch. Politicians deny this fact, but they are happy to squander billions of dollars on the Homeless Industrial Complex to fix nothing and watch the problem get worse.

A few weeks ago, I drove around Seattle and recorded the obvious evidence of a city in decline and decay. Local politicians are in denial. What do you think? Better yet, go there yourself and see what you think after driving around and seeing for yourself. This is not a healthy trajectory for the city. What happens in Seattle never stays in Seattle. It spreads… 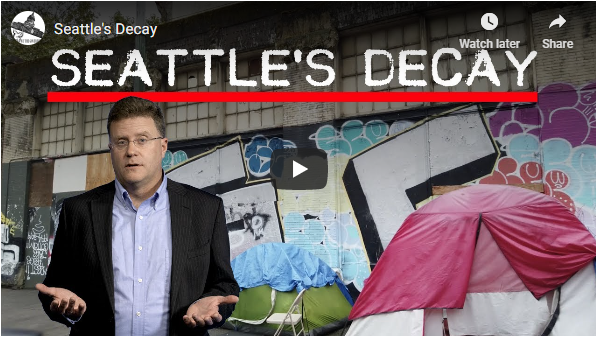