Kyle Rittenhouse, the 17-year-old who went to Kenosha with a semi-automatic rifle to help protect the city and its residents and businesses from Antifa and Black Lives Matter terrorists, faces murder and other charges in the shooting death of two rioting thugs and the wounding of a third.

But video montages circulating on social media and even posted at the New York Times suggest the young man was defending himself.

Rittenhouse couldn’t have known that men who attacked him were violent or dangerous criminals, as court records show, but the truth is, video evidence suggests he was defending himself. The men might have killed him. One carried a semi-automatic pistol.

Video shows an unhinged Rosenbaum, also known as Jo-Jo, taunting Rittenhouse and/or other militia members before the shooting. “Shoot me, ni**a. Shoot me, ni**a.” 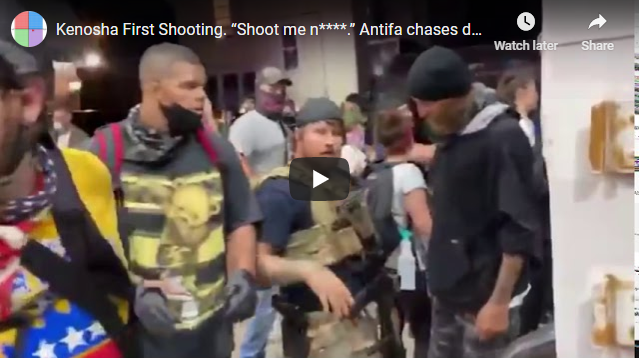 Later, Rosenbaum, 36, is seen chasing and attacking Rittenhouse, who turned and shot him in the head.

But Rosenbaum was a little more than a fiancé and father. He is also a convicted sex offender, the sex-offender registery in Wisconsin shows.

His sex-offender registration began August 15, 2017 and says he was “non-compliant,” meaning he hadn’t given authorities his address.

In 2002, Rosenbuam was sentenced to 12-and-half years in prison for sex with a minor, Bailbonds HQ reports. Prison officials cited him for disciplinary violations 42 times.

Rosenbaum was required to register for the rest of his life.

A GoFundMe account has raised more than $7,000 for the ex-con.

The second rioter who made himself a target was Anthony M. Huber. He was something of a local skateboarding legend, and a GoFundMe page is collecting money for his “partner,” one Hannah Gittings.

After the Rosenbaum shooting, video posted at the Times shows Rittenhouse trying to escape a mob of rioters. When Rittenhouse fell, Huber sprinted forward to attack with his skateboard. Rittenhouse shot him in the chest.

Huber was a dangerous, violent offender. In 2012, he pleaded guilty to two felony domestic abuse charges: strangulation and suffocation, and false imprisonment, use of a dangerous weapon.

In 2015, the angry skateboarder pleaded no contest to possession of drug paraphernalia. He violated probation in 2016, and pleaded guilty to misdemeanor domestic abuse in 2018.

At this writing, a GoFundMe campaign has raised more than $100,000 for Gittings.

Court records show that a Hannah J. Gittings has an outstanding arrest warrant, issued August 13, for driving on a revoked license in June. Her license was revoked for refusing to be tested for consumption of alcohol or a controlled substance when she was picked up for drunk driving in February.

Drunk With a Gun

The man shot in the arm, another reputed good guy named Gaige Paul Grosskreutz, is seen in the Times’s video carrying a semi-automatic handgun.

Rittenhouse shot him after he shot Huber, and Grosskreutz is seen running away, screaming obscenities, and calling for a “medic.”

In 2015, Grosskreutz pleaded guilty to carrying a firearm while intoxicated and no contest to driving on a suspended license. In 2013, a wider Internet search for court records shows, he faced a felony and three misdemeanor charges in connection with a burglary.

A search of the Wisconsin court system did not return information about that case.

A GoFundMe effort for Grosskreutz has raised more than $11,000. 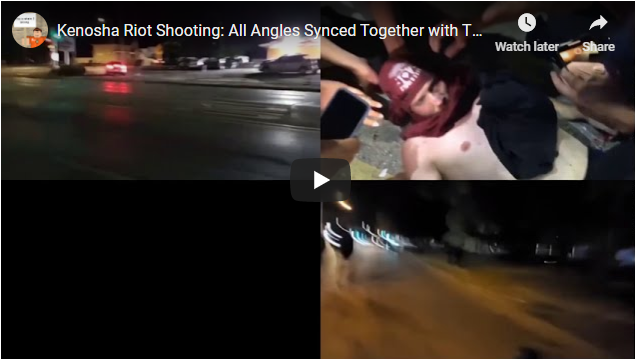