Here’s a question: If one locality couldn’t conduct a mail-in-ballot election without vote fraud so rampant a judge would be compelled to order a new election, what would happen if this system were replicated nationally?

This should be pondered now that such fraud has been revealed in Patterson, New Jersey, a city of 150,000.

As the Political Insider reported Thursday, “On Wednesday, State Superior Court Judge Ernest Caposela ruled that new municipal elections must be held in…Patterson, after the previous elections were ‘irreversibly tainted.’ The City Council special election on May 12th was supposedly won by Alex Mendez, but his opponent, William McKoy, suspected foul play, and filed a lawsuit accusing Mendez of fraud.”

“An investigation caused 20 percent of ballots to be rejected, and charges of voter fraud were brought against Mendez, another councilman, and two other men,” the site continued. “Mendez and the councilman were accused of the unauthorized possession of ballots that weren’t their own, and also of submitting voter registration applications for those not eligible to vote.”

“The Passaic County Board of Elections ultimately discounted 800 ballots,” the Hill informs, adding later that “the board disqualified another 2,300 after determining signatures on them did not match those on file.”

Note that McKoy, a 20-year incumbent city councilman, had lost by a mere 240 votes. In other words, the fraud was certainly more than great enough to account for his deficit.

President Trump highlighted the case (tweet below), pointing out that nationwide mail-in voting in November would invite similar mischief. 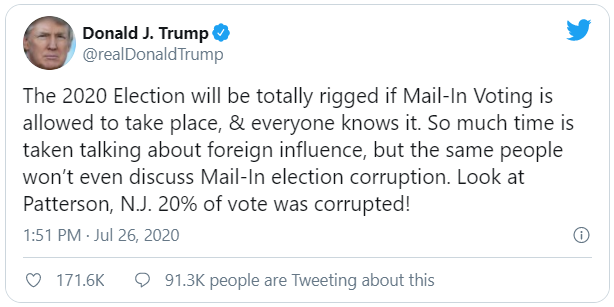 While propagandists claim vote fraud “hardly ever happens,” the Patterson incident is just the latest in litany of electoral fraud cases. In fact, the Heritage Foundation provides a database of such that has swelled to 1,285 proven cases — including at least 1,119 convictions.

Moreover, the Heritage Foundation points out that its database doesn’t even “capture all voter fraud cases and certainly doesn’t capture reported instances that aren’t even investigated or prosecuted.”

Rather, the “database is intended to demonstrate the vulnerabilities in the election system and the many ways in which fraud is committed,” the Heritage Foundation continues.

And mail-in voting presents a major vulnerability. Just consider research out of the Walter Cronkite School of Journalism at Arizona State University. It “found 2,068 prosecutions for election fraud,” reported the Herald Tribune August 13, with mail-in ballot fraud representing “the most frequent type of case prosecuted, making up 24% of the total.”

Of course, expanding mail-in voting could make it 90 percent of the total — and make that total great enough to give a certain major party near-total power.

Mail-in balloting can also facilitate non-citizen voting (likely an issue in Patterson, as registration applications were submitted for “those not eligible to vote”) and thus greatly exacerbate an already existing problem.

Note here that the left-wing Washington Post reported in 2014 on a study showing that non-citizen voters might have already tipped U.S. elections — in Democrats’ favor.

Yet these problems aren’t a bug, but a feature of mail-in voting, designed by a “modern Democratic Party” that “actively encourages and facilitates voter fraud at every opportunity,” concluded LifeSite in February.

(This is why the Democrats also adamantly oppose voter ID, even though identification is necessary to function in our society — for example, to obtain government benefits, drive a vehicle, and check in to airports and hotels.)

Insider Democrats know this as well as anyone. Just consider NYC’s then–election commissioner, Democrat Alan Schulkin, who was captured by Project Veritas on hidden video in 2016 admitting, “I think there’s a lot of voter fraud” as he talked about how people are “bussed” around to vote illegally (video below). 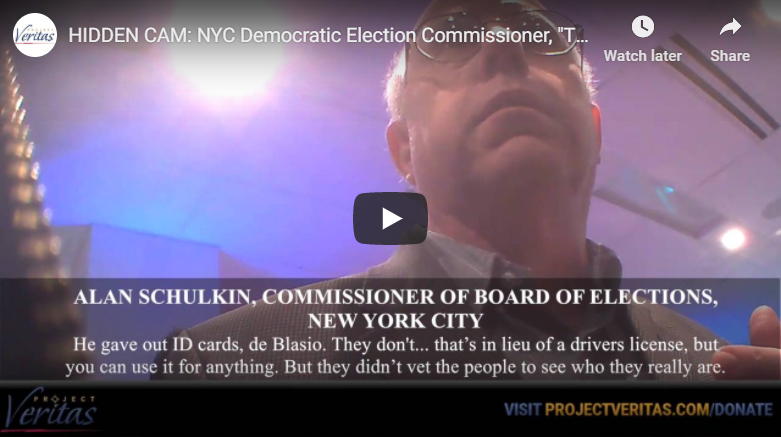 Schulkin was lamenting the actions of other Democrats, ones such as an operative named Scott Foval. In Project Veritas’ second video in the same series (below), Foval can be seen and heard giving advice on committing vote fraud (warning: vulgar language). 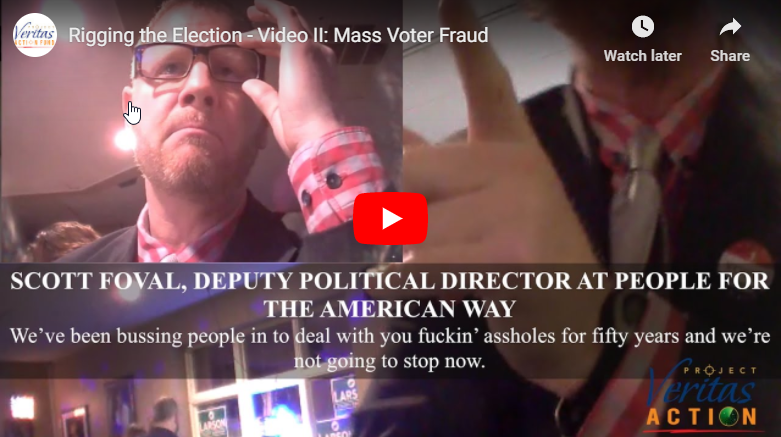 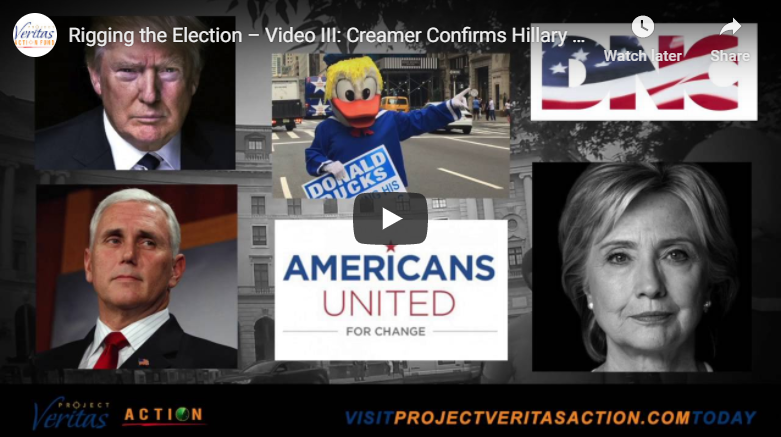 Project Veritas then released the following video a few months later, addressing the notion that vote fraud is “rare.” 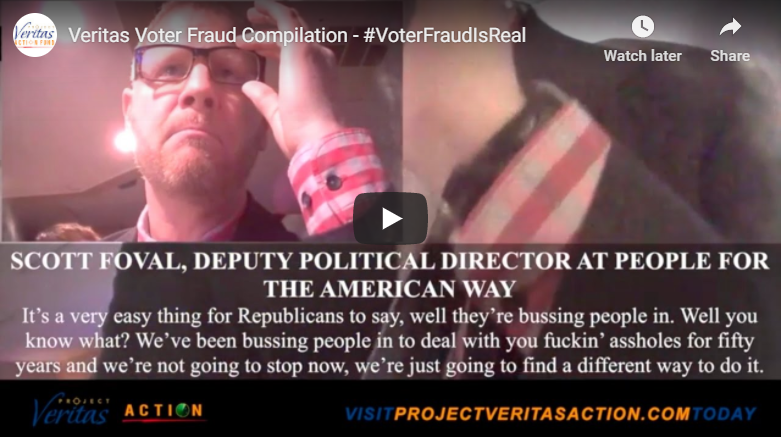 Summarizing just some of what was revealed in the above exposés, LifeSite quoted the Democrat operatives as saying:

And so does Hillary — and her fellow travelers — know what’s going on with the mail-in voting scheme. Democrats have encouraged thousands of people to “protest” (and often riot and loot), bunched together, sometimes without masks; in fact, Democrat politicians have often joined the demonstrators. Moreover, people regularly stand in lines now waiting to enter stores, in deference to COVID-19 policy.

But yet we’re supposed to believe that standing in line to vote is somehow too deadly to contemplate.

Remember here that a generally unmentioned way to suppress the vote is to cast an illegal ballot that negates your vote. Then it’s as if you never voted at all.