Bryce Hamblin, the mayor of Eagar, Arizona, penned this letter to the citizens of his small city, urging them that even in the midst of a “pandemic,” their liberties and responsibilities as free men and women must be guarded and exercised with vigor.  ~Ed

Over the past several weeks I have been asked repeatedly what the Town of Eagar plans to do about Covid19, masks, visitors, riots, etc. It is somewhat alarming how many expect and almost invite a more drastic infringement on their freedoms. My response from the onset of the Covid19 pandemic has been that we will err on the side of freedom. When riots began to riddle the country and our governor took the drastic measure of a statewide curfew, again, I maintained that we will err on the side of freedom. I have received numerous phone calls from reporters, citizens, visitors, and complete strangers to our area asking why the Town of Eagar has not cancelled upcoming rodeos and our 4th of July parade. Again, my response is that Eagar will err on the side of freedom. What authority does the Town of Eagar, or any other state or local government, have to infringe on the rights of healthy law- abiding citizens? 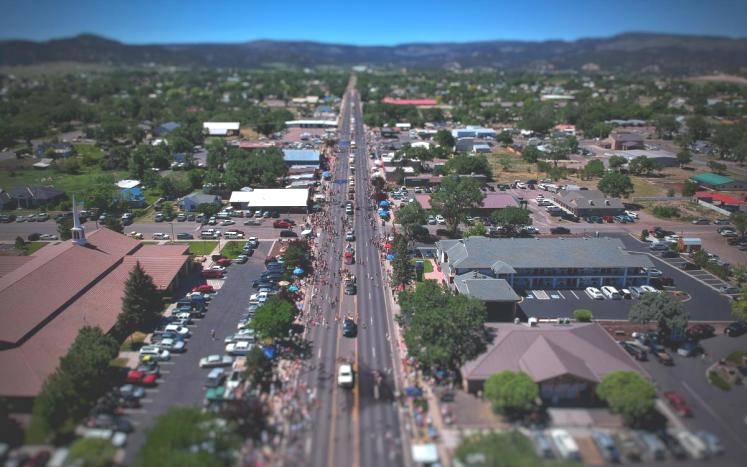 It bares mentioning that I am not one that believes that the coronavirus is fake or any one of a dozen other theories disseminating across the internet. Covid-19 is a real virus that unfortunately has drastic negative effects on the health of some of the individuals that contract it. Just as with the flu virus, some of those individuals will die. I do not make light of the fact that its effects on individuals and families throughout the globe have been and will continue to be life changing and/or life ending.

As grim as Covid19 is portrayed under the most drastic scenario, I dare say that we are facing a much more serious pandemic here in America. We are currently in the midst of the nation’s first political pandemic. Never before in the history of America has ignorance and bigotry been more celebrated. Never before has our government been more eager and willing to take away freedoms from the citizenry. Never before has the citizenry been more willing to give them up. Benjamin Franklin warned that “Those who would give up essential liberty to purchase a little temporary safety, deserve neither liberty nor safety”. I believe his warning is as applicable today as it ever was.

Some will say that these safety measures have not impacted individual liberty. To them I would quip Thomas

Jefferson: “If a nation expects to be ignorant and free, in a state of civilization, it expects what never was and never will be.” The right to move about freely in public is one of the cornerstones of American democracy. In a panicked frenzy, created by the media, state and local governments trampled that right wholesale. History will not judge us kindly for our actions over the past several months.

In closing, where would America be if our ancestors that pioneered the countryside, facing a mortality rate that would make the coronavirus look like a scratch, had simply given up, turned back, or laid down and died out of fear? Where would America be if its brave service men and women, who throughout history have on occasion faced odds of almost certain death, simply refused to fight out of fear? When did we stop being the land of the free and the home of the brave? Take charge of your own life. Nobody owes you anything. The government has never been more ill equipped to solve your problems nor is it its function to do so. This is America! Stand up and be somebody! Be brave and live free.