“If only the media told the truth” sounds like a wish straight from the Wizard of Oz, desirable but fanciful. Many things would be different if it did, one being that we wouldn’t currently be crashing our economy and perhaps collapsing our civilization with the historic (and hysteric) blunder called “lockdown” policy. So asserted American Thinker’s Jack Hellner on Wednesday in a piece presenting the following startling facts:

So 80 percent of American counties have five or fewer Wuhan coronavirus deaths, for a total of 2,662 out of our nation’s approximately 84,000 (an inflated number, do note) virus casualties — or just 3.2 percent of the total.

Yet they’re locked down just like the 20 percent of counties that have 96.8 percent of the total.

This is about as rational as insisting rural counties have the same number of traffic lights per square mile as New York City.

Despite this, supposed “experts and some Democrat governors are saying keep the economy in depression until we have a vaccine — which may never come,” writes Hellner. “If the public saw the truthful numbers, people would be glad to lead their free lives again.”

Note that no coronavirus vaccine has ever been created; one may be useless by the time it’s developed, as by then we may have achieved herd immunity or the virus may have mutated; and vaccines aren’t completely effective. For example, the CDC reported that the 2017-18-season flu vaccine was only 40 percent effective.

Hellner got his statistics from the Heritage Foundation, which, relating the infections’ concentrated nature, also tells us that as of May 4, just 10 states account for 70% of all U.S. cases and 77% of all deaths. Together, New York and New Jersey alone account for 38% of all cases and 48% of total COVID-19 deaths.

Of those 30 counties, 24 are in the Northeast corridor between Philadelphia and Boston, the passageway served by a commuter railway system that runs through Manhattan. Overall, just 11% of the counties in the U.S. contain nearly 95% of all the COVID-19 deaths.

Now, question: If there were a disease mainly ravaging rural America, would state governments shut down the cities as part of the response?

Hellner also reminds us how “Dr. Deborah Birx said ‘there is nothing from the CDC that I can trust’” (video below) and that the CDC was, as Hellner paraphrases it, “inflating COVID 19 case rates by 25%.” 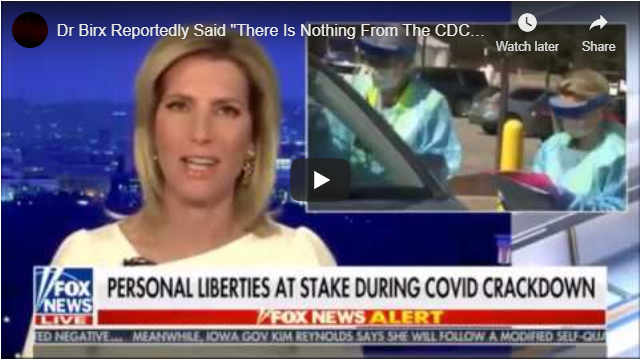 Then there was the recent exposé (video below) indicating that authorities are inflating the COVID-19 death toll for money. 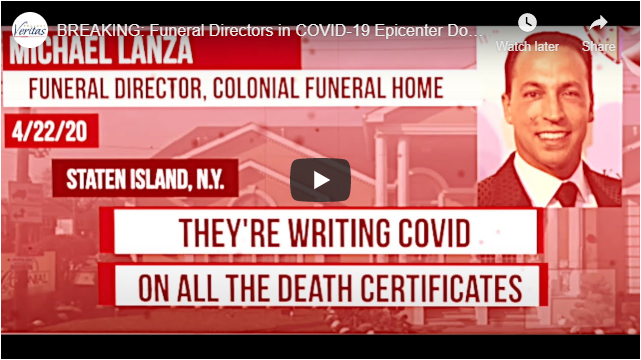 Next we have virus task force advisor Dr. Anthony Fauci — whose predictions approach a long-term weather forecast’s accuracy (he may be against a course of action before he’s for it. Video below) — who just sparred with Senator Rand Paul (R-Ky.) over whether schools should open in the fall. 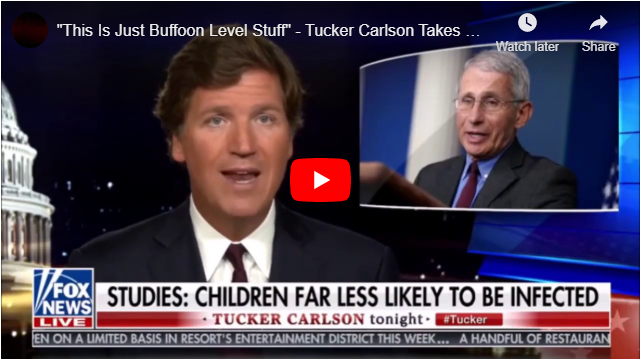 Fauci, who once said the whole country should be locked down, claims they shouldn’t (big surprise). He warned not to be “cavalier, in thinking that children are completely immune to the [virus’s] deleterious effects.”

Huh? Is any group “completely immune” to any contagious disease?

Here are the facts: The flu caused 358 child deaths during the 2009-10 winter season. Yet only a handful of kids have died from the Wuhan virus, which means their mortality rate “approaches zero,” as Senator Paul put it. But do we shut down schools over the flu?

Yet we didn’t shut down and crash the economy. Why not, Dr. Fauci?

Also consider that Sweden never locked down and Georgia opened up almost three weeks ago. Yet Sweden is faring at least as well as we are and better than many locked down European countries, and Georgia has experienced a continued decline in virus hospitalizations.

This is unsurprising since a recent study found that lockdowns save no lives.

Yet Fauci insists that returning to normalcy would spike the Wuhan virus infection rate. Okay, well, so what?

First, most people infected will have mild to no symptoms, and infection among the non-vulnerable (while protecting the vulnerable) establishes herd immunity. So relevant here isn’t the infection rate, but the hospitalization and mortality rates.

Second, “flattening the curve” only widens it. So there aren’t necessarily fewer deaths (there could be more) — they’re just spread out over a longer period of time. The issue?

Flattening the curve also means flattening the economy, which will likely cause far more poverty- and stress-related disease and death long term. Apropos to this, research finds that (as an example) South Africa’s lockdown will cause 29 times more deaths than the Wuhan virus would have.

(I explored this matter in “Why Accepting Two Million COVID-19 Deaths May be Better Than a National Lockdown.”)

Hellner points out, though, that the Left — a set weaned on Hate America First ideology — is getting exactly what it wants via the fear-mongering and consequent lockdowns: the further destruction of the United States.

Somewhere, Marx and Mao must be laughing.

Photo at top: AdrianHillman/iStock/Getty Images Plus