I’m sure that Alexis McGill Johnson is glad her mother didn’t have such a sentiment.  The acting president and CEO of Planned Parenthood called it “heartless” to ban the murder of babies in the United States.

In a tweet on Thursday, Johnson wrote, “In the past few years, we’ve watched the Trump administration heartlessly and systematically work to undermine our health care infrastructure. And for whatever reason, the #COVIDー19 Pandemic isn’t stopping them.” 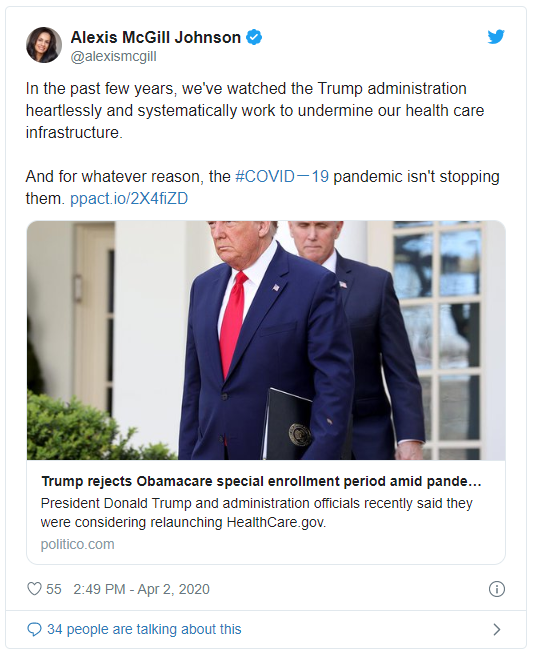 In the past few years, we’ve watched the Trump administration heartlessly and systematically work to undermine our health care infrastructure.

And for whatever reason, the #COVIDー19 pandemic isn’t stopping them. https://ppact.io/2X4fiZD

She then added a statement:

How heartless do you have to be to, in a time of crisis, take extraordinary measures to take away people’s health care? Abortion is essential health care, and it is urgent and time-sensitive.  While people everywhere are trying to survive the COVID-19 pandemic, politicians like Gov. Abbott continue this perverse obsession with banning abortion. Those who are caring for their families, forced to work essential jobs, and doing what they can to stay healthy need access to health care right now. Instead, these politicians are forcing patients to travel hundreds of miles putting themselves and their families at risk.

No other form of health care is being targeted this way — only abortion. Don’t be fooled: Gov. Abbott’s use of his executive order to ban abortion has nothing to do with health or safety. If Gov. Abbott cared about the lives of Texans, he’d be addressing the public health crisis at hand. Planned Parenthood is here with our patients. We will not cower before politicians who insist on exploiting a global pandemic to score political points.

Abortion is murder, not healthcare.  There is no such thing as a safe or legal abortion for either mother or child.

Furthermore, according to Planned Parenthood’s own records, there is no reason to attack the Trump administration over the issue of abortion.

Under “Most Pro-Life President Ever,” Report Indicates Planned Parenthood Performed Largest Numbers Of Abortions & Received Highest Amount Of Your Tax Dollars In A Year

After all, we reported previously:

Despite the rhetoric of President Donald Trump and those who try to convince us that he is the “most pro-life president ever,” Planned Parenthood’s annual report, in its last fiscal year, indicates that it performed its highest yearly number of abortions on record, while also receiving the highest amount of government funding it has ever received in a year.

By the way, that “government funding” is actually your funding and it totally unconstitutional.

Not only is that the highest number of abortions on record for the baby murder mill, but it represents a 3.88% increase over the previous year.

I’m also curious what else Planned Parenthood is engaged in at this time since we have had reports that Child Protective Services are moving in to take children from the homes of people who test positive for coronavirus.

Previously, I interviewed pro-life activist Heather Hobbs on the hand in glove actions off CPS and Planned Parenthood to deprive children from their mothers to blackmail them into murdering their unborn children. 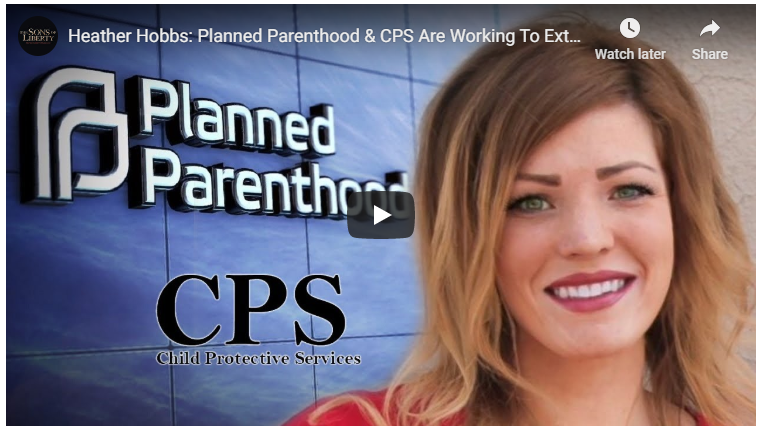 This is nothing more than WWE to get your eye off the ball that Planned Parenthood continues to get more unconstitutional funding from the federal government via the citizens of the US, murdering more citizens than under any other administration in history.

And Alexis McGill Johnson has the gall to claim it is “heartless” to stop the murder of these persons because she claims it is about health care.

If Ms. Johnson had a heart, she wouldn’t say such a thing.  Sadly, like many, she has severed her conscience and stands in full support of mass murder for hire