Tariffs: The Taxes That Made America Great

Tariffs: The Taxes That Made America Great

As his limo carried him to work at the White House Monday, Larry Kudlow could not have been pleased with the headline in the Washington Post: “Kudlow Contradicts Trump on Tariffs.”

A free trade evangelical, Kudlow had conceded on Fox News that consumers pay the tariffs on products made abroad that they purchase here in the U.S. Yet that is by no means the whole story.

A tariff may be described as a sales or consumption tax the consumer pays, but tariffs are also a discretionary and an optional tax.

If you choose not to purchase Chinese goods and instead buy comparable goods made in other nations or the USA, then you do not pay the tariff. 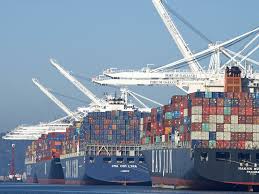 China loses the sale. This is why Beijing, which runs $350 billion to $400 billion in annual trade surpluses at our expense is howling loudest. Should Donald Trump impose that 25% tariff on all $500 billion in Chinese exports to the USA, it would cripple China’s economy. Factories seeking assured access to the U.S. market would flee in panic from the Middle Kingdom.

Tariffs were the taxes that made America great. They were the taxes relied upon by the first and greatest of our early statesmen, before the coming of the globalists Woodrow Wilson and FDR.

Tariffs, to protect manufacturers and jobs, were the Republican Party’s path to power and prosperity in the 19th and 20th centuries, before the rise of the Rockefeller Eastern liberal establishment and its embrace of the British-bred heresy of unfettered free trade. 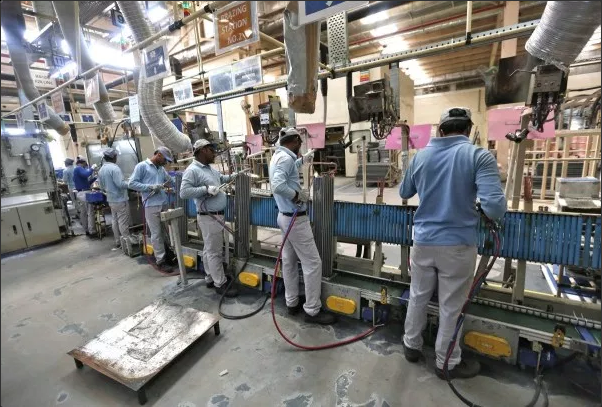 The Tariff Act of 1789 was enacted with the declared purpose, “the encouragement and protection of manufactures.” It was the second act passed by the first Congress led by Speaker James Madison. It was crafted by Alexander Hamilton and signed by President Washington.

After the War of 1812, President Madison, backed by Henry Clay and John Calhoun and ex-Presidents Jefferson and Adams, enacted the Tariff of 1816 to price British textiles out of competition, so Americans would build the new factories and capture the booming U.S. market. It worked.

Tariffs financed Mr. Lincoln’s War. The Tariff of 1890 bears the name of Ohio Congressman and future President William McKinley, who said that a foreign manufacturer “has no right or claim to equality with our own…. He pays no taxes. He performs no civil duties.”

That is economic patriotism, putting America and Americans first.

The Fordney-McCumber Tariff gave Presidents Warren Harding and Calvin Coolidge the revenue to offset the slashing of Wilson’s income taxes, igniting that most dynamic of decades — the Roaring ’20s.

That the Smoot-Hawley Tariff caused the Depression of the 1930s is a New Deal myth in which America’s schoolchildren have been indoctrinated for decades.

The Depression began with the crash of the stock market in 1929, nine months before Smoot-Hawley became law. The real villain: The Federal Reserve, which failed to replenish that third of the money supply that had been wiped out by thousands of bank failures.

Milton Friedman taught us that. 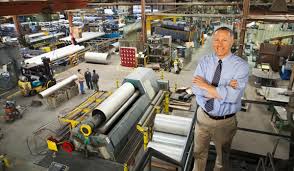 A tariff is a tax, but its purpose is not just to raise revenue but to make a nation economically independent of others, and to bring its citizens to rely upon each other rather than foreign entities.

The principle involved in a tariff is the same as that used by U.S. colleges and universities that charge foreign students higher tuition than their American counterparts.

What patriot would consign the economic independence of his country to the “invisible hand” of Adam Smith in a system crafted by intellectuals whose allegiance is to an ideology, not a people?

What great nation did free traders ever build?

Free trade is the policy of fading and failing powers, past their prime. In the half-century following passage of the Corn Laws, the British showed the folly of free trade.

They began the second half of the 19th century with an economy twice that of the USA and ended it with an economy half of ours, and equaled by a Germany, which had, under Bismarck, adopted what was known as the American System.

Of the nations that have risen to economic preeminence in recent centuries — the British before 1850, the United States between 1789 and 1914, post-war Japan, China in recent decades — how many did so through free trade? None. All practiced economic nationalism.

The problem for President Trump?

Brexit was the strangled cry of a British people that had lost its independence and desperately wanted it back.

Patrick J. Buchanan is the author of Nixon’s White House Wars: The Battles That Made and Broke a President and Divided America Forever. To find out more about Patrick Buchanan and read features by other Creators writers and cartoonists, visit the Creators website at www.creators.com.

More in this category: « Are All the World’s Problems Ours? Higher Education in America »