The Fiscal Illusion That Explains the Rise of Big Government

The Fiscal Illusion That Explains the Rise of Big Government

For those of us who still subscribe to fiscal conservatism, these trends are troubling.

The rise of Bernie Sanders’s insurgent candidacy in 2016 and the subsequent establishment-shaking wins of candidates like Alexandria Ocasio-Cortez in the 2018 midterms have shown that polls aren’t mistaken; Americans have grown increasingly accepting of socialism. The rise in the popularity of socialism is often attributed to multiple socio-economic factors. Pundits are quick to cite everything from income inequality and stagnant wage growth to a new generation of youthful voters ignorant of a failed track record of big government central planning.

Due to the Reagan-era tax reform, millions of poor and middle-class Americans pay little or nothing in federal income taxes, which were a burden to many. However, these working-class tax cuts may have an unintended effect. After decades of paying little to no taxes, Americans are becoming increasingly indifferent to the cost of government. A recent Fox News poll found that 63 percent of Democrats, 50 percent of independents, and 39 percent of Republicans want the nation to spend more on infrastructure, national defense, education, and health care.

The only uniting aspect of both right and left is their willingness to pass the cost on to the rich.

The aforementioned would be less concerning if the federal deficit weren’t nearing $1 trillion a year with the total federal debt above $22 trillion. According to Pew Research, the disregard of the national debt has become increasingly common, with only 48 percent of Americans viewing deficit reduction as a top priority—this is down from a high of 72 percent in 2013. The seemingly inverse relationship between concern about the national debt and its growth and calls for new massive government programs may be evidence of a disconnect between the actual cost of government and the perceived cost.

The fiscal illusion is arguably present on both sides of the political spectrum. Those on the right are willing to ignore the deficit to increase the military budget, which is already the world’s largest. Those on the left are willing to dramatically expand health care and environmental spending. The only uniting aspect of both right and left is their willingness to pass the cost on to the rich. There’s ample reason to believe this passive attitude towards the national debt will only grow more prevalent as proponents of the pro-deficit economics of Modern Monetary Theory are elevated in public discourse.

For those of us who still subscribe to fiscal conservatism, these trends are troubling. The nation cannot sustain unlimited military spending, the massive expansions of social programs, trillions of dollars in new environmental mandates, and unfunded tax cuts. A lack of financial buy-in may be exacerbating this problem as the voting public seems increasingly willing to ignore fiscal limitations and demand more government.

At some point, there will be a painful reckoning. Citizens will have to make trade-offs between tax-hikes and government benefits.

The most recent round of tax cuts may have had some stimulatory effects at the expense of perpetuating a dangerous cycle in American public finance that will continue to ratchet up federal debt. The public seeks more for less as the government obliges. The predictable result has been more spending and more tax cuts. At some point, there will be a painful reckoning. Citizens will have to make trade-offs between tax-hikes and government benefits.

Addressing the fiscal illusion requires the public to recognize the actual cost of running massive government programs. We must balance the budget, reduce demand for new spending, and incentivize everyone to care about the rising cost of government. Unfortunately, it’s hard to imagine a less painful path to fiscal solvency. 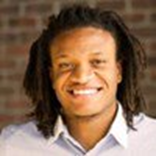 Raheem Williams is an active economist who has worked for numerous liberty-based academic research centers and think-tanks. He received his B.A. in economics at Florida International University and his M.A. in financial economics from the University of Detroit Mercy. He is the founder of “The Policy,” a forum that promotes public policy dialogue across socio-economic levels.