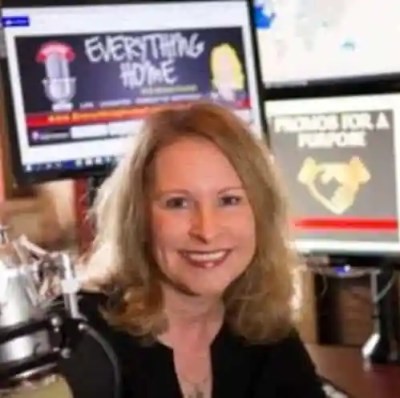 The Arizona Attorney General is delaying certification of the 2022 Midterm Election due to potential state and federal law violations. One of those most commonly reported was some 30% of voting machines in Maricopa County were not working. An investigation has begun, and lawsuits have been filed as well.

One suit filed was filed as an emergency order on election day to extend voting hours for voters of Maricopa County after many Republican-held areas could not vote to supposed technical glitches. The judge rejected that suit without reason given. Elsewhere in the country, a handful of jurisdictions have already seen their hours extended, a common occurrence in every election to allow people waiting to vote.

Arizona Republican candidate for Governor Kari Lake thereafter refused to concede the election. Lake was widely ahead in all the survey polls and even predicted to win by CNN Tweeted, “Arizonans know bullsh*t when they see it.” Lake’s Twitter page is loaded with testimonies of voters who either faced: delayed voting, voting glitches, or were turned away from voting at all after waiting in long lines. She encouraged voters to “cure” (check) their votes on another one of her Internet pages.

That suit filed to extend voting hours can be viewed here.

Now we have Assistant Attorney General Jennifer Wright sending a letter to the Maricopa County Attorney’s Office last week demanding explanations for the election issues before the results can be certified next week.

“The Elections Integrity Unit of the Arizona Attorney General’s Office has received hundreds of complaints since Election Day pertaining to issues related to the administration of the 2022 General Election in Maricopa County,” Wright wrote. “These complaints go beyond pure speculation but include first-hand witness accounts that raise concerns regarding Maricopa’s lawful compliance with Arizona election law.”

“Arizonans deserve a full report and accounting of the myriad problems that occurred in relation to Maricopa County’s administration of the 2022 General Election,” she continued. “As the canvass is looming, and these issues relate to Maricopa County’s ability to lawfully certify election results – the Unit requests a response to the aforementioned issues on or before Maricopa County submits its official canvass to the Secretary of State, which must occur on or before November 28, 2022.”

Maricopa County election officials reported at least 60 voting locations experienced issues with their ballot-on-demand printers. The assistant attorney general is demanding an in-depth report addressing those issues. Another area of concern was the “check-out” procedures at each polling location and each location’s Official Ballot Report.

Thomas Liddy, a civil division chief at the Maricopa County’s Attorney’s Office, told Fox News Digital that his office would start gathering the materials necessary to respond to Wright’s letter.

“I saw a copy of the letter Saturday evening,” Liddy said. “I will convene with my clients and begin the process of gathering the materials necessary to respond. As you are undoubtedly aware, Ms. Wright is still working on the AG’s Final Report of the 2020 election. I am looking forward to receiving that as well.”

The AG had concerns after statements made by both Chairman Bill Gates (not the software mogul) and Country Recorder Stephen Richer, along with information Maricopa County released through official modes of communication which appear to confirm potential statutory violations of title 16.

On Election Day in Maricopa County, which holds half the entire state’s population, the county election department acknowledged 70 out of 223 Voting Centers, or about 30%, were experiencing problems with tabulators. This required same-day voters, which are mostly Republicans had to leave their ballots for entry into tabulators by election officials later manually at the word of those officials.

Two other counties are holding up certification of Arizona’s election, as we reported here yesterday -“Two Counties Delay Certification of the Election, Elias Threatens Them.”

Evidence of Arizona election fraud comes by way of the math, again. Republicans in the state had a 72% of turnout on Election Day. Democrats had only a 17% turnout, and, oddly, the remaining ballots after Election Day broke even between the two parties as Election Day became “Election Week.” The other issue that makes the election suspect is despite Republicans holding strong leads in the polls by as much as 7 points as Hobbs campaigned from her basement and Lake pounded the campaign trail, Arizonians are to believe Hobbs won the election.

Some estimates hold that 48% of Maricopa County tabulators had problems, although they worked fine during testing the night before. This was according to an election judge who now says she believes there was fraud. Another poll watcher testified at the Maricopa County Commission meeting said she witnessed unexplained ballots were already present in the holding box for un-tabulated ballots, which should have been empty at the start of election day. This observation resulted in 200 more ballots at the end of the day than the number of people who had checked in to vote.

“In my opinion, the machines were programmed to do this, and it was all planned, the process and narrative, both machines and people. It was brilliantly done. They isolated the ballots to replace or not count them in 223 bags. The hard part for them in 2020 and during the primary was getting the ballots to match their manufactured machine count. This way, they have everything isolated in the bags.”

Swinnick is a brilliant election judge calling out the “Big Liars” on their “Big Lie.”  Hobbs is not the Governor of Arizona.  She is just another Democrat cheat because the average American voter does not want to buy what the average Democrat is trying to sell these days.

GOP Candidate Kari Lake hammered Dem Candidate Katie Hobbs for her “recusal refusal” as a conflict of interest to be in charge of an election as Secretary of State where she was running to be governor.

Hobbs refused to debate Lake during the campaign as well. Hobbs had an abysmal record as Secretary of State for Arizona. Lake was predicted to win by many polls and news sources. Lake and most of the voters of Arizona want to see the election done over with controls to prevent any voting irregularities and a chain of custody for every ballot cast.

Mark S. Schwendau is a retired technology professor who has always had a sideline in news-editorial writing where his byline has been, “Bringing little known news to people who simply want to know the truth.”  He classifies himself as a Christian conservative who God cast to be a realist.  Mark is an award-winning educator who has published seven books and numerous peer-reviewed trade journal articles, some of which can be found on the Internet.  His father was a fireman/paramedic, while his mother was a registered nurse.  He holds multiple degrees in technology education, industrial management, OSHA Safety, and Driver’s Education.  His personal website is www.IDrawIWrite.Tech.