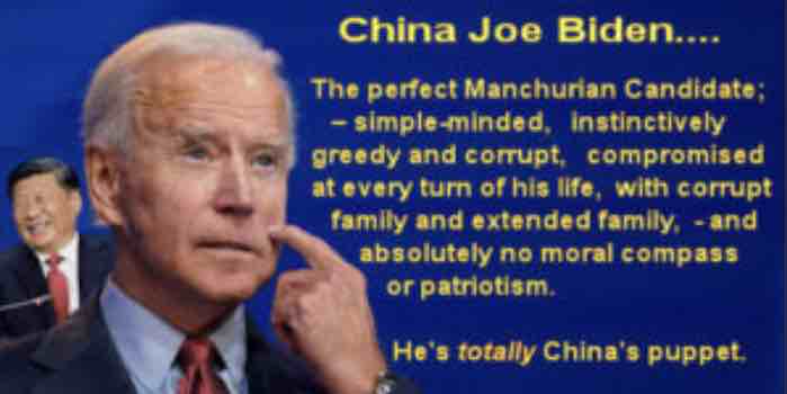 In our opinion—as a former senior civilian analyst with the Department of Defense together with a senior military strategist with over four decades of experience in national security—President Biden is not only compromised but exemplifies the ultimate Manchurian President. His actions and deeds, controlled by those we do not see (but know who they are), are purposefully destroying our democracy, our legal system, our freedoms, independence, and our republic. To use Lenin’s quote—as it exemplifies the Communist Manifesto tactics using today’s information-age technologies (information warfare).

Will America and conservative Patriots wake up

In concert with adversaries, they are destroying our nation, advancing their vision of tyranny, and subjugating the people into pre-defined enclaves (divide and conquer). One enclave for the self-anointed liberal socialist elites with security, protection, and wealth; the other for the subjugated masses, the new serfs, to be forever pitted against one another to ensure the longevity of the global elites.

Our question is, will America and conservative Patriots wake up, use their brains, and their spines, to hold this Manchurian President, his Vice President and rogue inept cabinet to account? And will those in the Democrat Party, wake-up from the woke party, or will they allow the woke minority to control them and most Americans, and impose tyranny over freedom?

The Marionette—It is obvious that Biden is but a simple puppet, a marionette catering to the global elites (some call it the “Global Shadow Government”).  After seeing details about the “Big Guy” getting his take from various deals that were arranged by Hunter, the selling to foreign adversaries access to power, the son who has a multitude of issues related to substance abuse, shady deals, and sexual perversion, is there any doubt that Joe Biden is ripe for extortion by Russia, China or any enemy of the United States?  What kind of president says to the press “I’m not supposed to answer any questions. I’ll get in trouble.”  The same press acts/pretends as if it’s perfectly normal.

The Puppeteers?—The question we must ask, must delve into, and understand, is who the global puppeteers are that pull on Biden’s strings?  Can anyone legitimately question whether this man is compromised, or colluding with the Chinese?  Who are they that tell Biden what to do and say for any particular moment… and when the play goes wrong is escorted out?  Who are they that write Biden’s notes with Biden seemingly reading them publicly for the first time?  Who are they that tell Biden what executive orders he is to sign in the Oval Office, when he looks at them and responds, “What am I signing?”  We know many of them by name and country.  We must engage them directly with the transparency of sunlight to first identify then disable and disinfect them from further action.

They are the same crowd who gave us the “summer of love,” label parents as terrorists, conservatives as fascists, and freedom loving Americans as racists. And many are simply those we know as the “Davos Group.” They want to move to a one-world government, a New World Order. They’ve destroyed our energy independence while driving dependence on our adversaries. They cry for social justice by releasing felons to murder, rob, rape you and your family – who they consider the perpetrators.  Why did Biden surrender in Afghanistan, giving the Taliban billions in high-end weaponry, while leaving thousands of Americans and allies behind? The Manchurian’s followers allowed over four million illegals, the mass majority single men of military age, alongside hundreds of known terrorists, into our country while claiming a secure border.  Are they a fifth column waiting for orders to attack our nation from within?

The Left ignores our constitution, as they have weaponized our judicial system against any dissenter, regardless of party. They applaud, fund, and call for hate and violence against conservatives, and our Supreme Court, and claim that those who wish America to be great are a greater threat than Al Qaeda. They condone the attempted assassinations against Supreme Court Justices by left wing nuts, and former members of the executive branch by Iran—as they seek anarchy, chaos, and intimidation of any opposing them—by their silence. This is not about social justice, as much as social control. 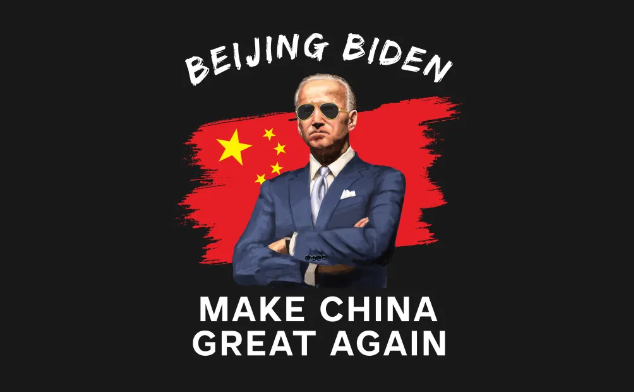 While the Manchurian President Biden feigns support for the middle class, minorities, and our constitution—he, and his puppeteers, are doing everything they can to undermine the people, our laws, economy, national security, and family structure as they implement a scorched earth—scorched America policy—to destroy our middle class and the very soul of our nation.

Their scorched America policy is exemplified by efforts to:

The puppeteers are smart, very smart, as they put their scorched America policy into action across several fronts. One must give them proper credit for their level of teamwork, planning, detailed execution, to include back-up plans, to achieve their tyrannical vision.

Concurrently, the conservative establishment remains in a solely reactive posture. If you are only reacting, not driving others to react to your initiatives, you are losing.

A warning—we have seen the 2022 election and continue to be alarmed at the election policies of many of our states…taking days or weeks to count votes, using voting machines, early voting, ballot harvesting, no voter ID,  mail-in voting, bloated voter rolls, and ballot boxes, all tools of the fraudster.  Arizona remains as having one of the most corrupt election systems in the country.  Their relatively small vote tally is in its second week when 7 million votes in Florida took mere hours.  Why did voting machines break down in Suffolk County, NY where Lee Zeldin lives, candidate for governor?  Or, how about the livestream video cameras that monitor the counting suddenly become inoperative in Washoe County, Nevada…for 8 hours?  Interestingly, Washoe County, Nevada is where the Republican candidate would have shown strength.  Or, how about the 250,000 unverified ballot drop in Michigan…all contested states? Disturbing questions for which we need to insist on answers.  Fraudulent elections are the end of any form of democracy we think we have.  The only thing worse would be full-on civil war.

The purpose of this article is to highlight the strategic nature of the left’s threat to our freedoms, democracy, and our republic. The objective of this article was to warn all Americans, that what is occurring is not normal or politics as usual.  As Obama stated on October 30, 2008, “We are five days away from fundamentally transforming the United States of America.”  I’m sure his cheering audience was unaware of his plans and meaning.

In closing, we wish to convey that all hope is not lost, but we must act with purpose, quickly, and do so in supporting a strategic vision, strategy, and implementation plan that sustain America’s freedoms, independence, and opportunity indefinitely. It is a war, an on-going cognitive war for the soul of our country, our freedoms, and our independence.  We must take the long-view, and act accordingly. For the road we now travel is long and hard. Reclaiming ground lost to the comu-fascists will not be easy or quick. As they have spent decades building the platform, choosing their Manchurian candidates, to realize their dreams of despotic rule and subjugation, we must be willing to be as diligent.

Will you listen?  You must listen!

THE STAND UP AMERICA US FOUNDATION
THE STANDARD BEARER FOR THE CONSERVANCY OF THE CONSTITUTION!
The Stand Up America US Project (SUA) was founded in 2005 by MG Paul E. Vallely, US Army (Ret), as a public policy research organization formed for the purpose of promoting discussion of the principles found in the United States Constitution and Declaration of Independence and application of these principles to present public policy issues.