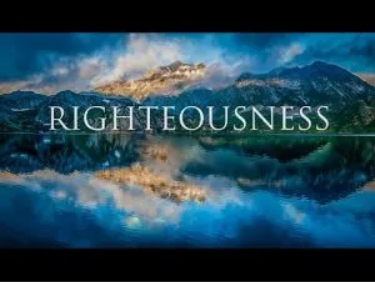 Elections have consequences and the election just past is no exception. There have been a few dramatic wins, but also some heartbreaking losses. America is in serious trouble today, and I believe that was made clear by the recent
election. Candidates that should have won by dramatic margins actually lost.

Americans have a tendency to look at the short term and neglect the more difficult long term. As we can see, that is a huge mistake.

Our country is gradually drifting into socialism. History has demonstrated that everywhere socialism has been tried it has failed, often with the death of many who stood against it.

Socialists are fond of saying that socialism has never failed because it has never been tried. But in truth, socialism has failed in every country in which it has been tried, from the Soviet Union beginning a century ago to three modern countries that tried but ultimately rejected socialism—Israel, India, and the United Kingdom.

While there were major political differences between the totalitarian rule of the Soviets and the democratic politics of Israel, India, and the U.K., all three of the latter countries adhered to socialist principles, nationalizing their major industries and placing economic decision-making in the hands of the government.

As British prime minister Margaret Thatcher observed, “the problem with socialism is that you eventually run out of other people’s money.”   Socialism Fails

That was not true for countries like North Korea, Venezuela and Cuba. These countries along with the Soviet Union and China resorted to multiple murders of anyone who disagreed with them.

Few would deny any longer that communism–Marxism-Leninism and its variants–meant in practice bloody terrorism, deadly purges, lethal gulags and forced labor, fatal deportations, man-made famines, extrajudicial executions and show trials, and genocide. It is also widely known that as a result millions of innocent people have been murdered in cold blood. Murdered in Cold Blood

Good candidates lost because people voted for the socialist candidate. They did so as they were conditioned to believe that socialism is best by a government education system that has long held socialism to be better than capitalism. The National Education Association has taken many stands that are definitely socialist. As a result the climate in many government schools is simply socialist.

Alex Newman had this to say about the National Education Association:

For at least a century, the NEA has barely bothered to conceal its leadership’s affinity for communism, collectivism, socialism, humanism, globalism, and other dangerous “isms” that threaten individual liberty. Nor has the union shied away from vitriolic attacks on the United States, the free-market system, Christianity, the family, or educational freedom.

“In the struggle to establish an adequate world government, the teacher has many parts to play,” Morgan wrote, calling on teachers to “prepare the hearts and minds of children” for the looming global collectivist regime. “At the very top of all the agencies which will assure the coming of world government must stand the school, the teacher, and the organized profession.”

The NEA and Socialism

For over a century the National Education Association has been nudging teachers toward socialism. The philosophy that individual freedom is somehow selfish and that we have a right to a better life from government action is a key element of many in government schools today.

As teachers’ unions have grown in stature and influence, one would think that there would be a concomitant rise in education achievement and quality. But this is one claim teachers’ unions will not make. Over the last forty years, as teachers’ unions’ revenues and political influence have grown exponentially, educational performance has remained disappointing. Teachers’ unions’ do not pass resolutions to make schools more accountable, reward teachers who do well, or pay more for teachers in high-demand fields, such as math and science.

Instead, teachers’ unions have succeeded in the first and most important goal–a goal boldly stated in 1967 by NEA Counsel Sam Lambert: the “NEA will become a political power second to no other special interest group.” Despite the persistent and obvious crisis in American education, the elite leadership of the teachers’ unions has remained focused on this overriding political goal. And that has meant embracing techniques, tactics, policies, and positions that have almost nothing to do with improving American education. (Rod Paige: The War Against Hope PP 24-25)

If we ever hope to turn the ship around, we have to take control of our educational system again. Our children need to be taught the importance of our founding and why America is the greatest country in the world. For over two hundred years America has stood as a beacon of light and truth.

There needs to be a new emphasis on teaching patriotism in our schools.

Patriotism is described as the love for your nation. It’s a form of emotional commitment to a specific type of entity, the entity in question being your homeland. There appears to be a gap between what students perceive as patriotism and how it is crucial in the progression of their country as well as themselves. Patriotism should be taught to students at all educational stages, from school to colleges. Teach Patriotism

But all that is about to change unless we can once again gain control of our schools. Little children taught false doctrine are now grown and voting, and what they are often voting for is contrary to what has made America great.

Fewer Americans think that our nation is the best place of hope, opportunity, and community. That loss of confidence threatens the sanctity of the American ideal, and its validity and relevance to our self-governing republic.

Jeff Sikkenga, executive director of the Ashland, Ohio-based Ashbrook Center, which seeks to strengthen constitutional self-government, says that this is a crisis both of knowledge and a personal devotion to our nation.

Sikkenga said it is not merely that students do not know particular facts, but that “they do not have a deep understanding of what is right and true and good and beautiful about America.” Teach Founding Principles

Kay Rubacek has said that half of young millennials born between 1981 and 1996 want to live in a socialist country, and that 40% of Americans have a favorable view of socialism. (American Thought Leaders 9-3-22 Epoch Times: Kay Rubacek)

We saw a few successes in the election. We need to build on them, but more important we need to concentrate on removing evil from our schools. That will not be an easy task since most administrators and many teachers are just socialists at heart. There will be a tremendous cry when we try to regain control of our schools, but the task must be undertaken.

Jim Hollingsworth has a master’s degree from Pensacola Christian College. He has written two books still in print: Climate Change: A Convenient Truth, and Abortion Compassion.