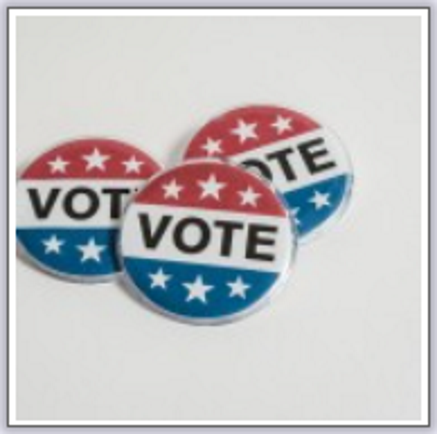 The debate over last week’s red-trickle rages on, with everyone blaming everyone else for the disappointing GOP results.  Glass-half-empty Republicans are both disappointed and angry over the election outcomes, while glass-half-full Republicans look at the midterms as a solid step forward in the quest to take back the country from the ghouls, criminals, and crazies who have brought the U.S. to its knees.

That said, while I’m pleased anytime a Democrat is voted out of office, I tend to have an overall negative view of elections, not only because there’s always massive cheating involved, but also because most elections are won by relatively slim margins.  What that means in real terms is that even if your candidate wins, you are still surrounded by people whose fundamental beliefs are at odds with yours.

You can’t help but wonder what kind of people would vote for clowns and misfits like John Fetterman, Raphael Warnock, Gretchen Whitmer, and Kathy Hochul.  Whoever they are, the one thing I know for certain is that I don’t want to be in close proximity to them.

Don’t get me wrong.  I don’t have a great deal of affection for most Republicans either, but there’s a big difference between the average Republican and the average Democrat.  With few exceptions, Democrats are masters at three things:  Lying, cheating, and corruption.  Most Republicans, on the other hand, are not serial liars and seldom engage in cheating on a massive scale.

Like all politicians, they are, of course, corrupt, but they rarely have the stones to engage in major criminal activity on a par with, say, the Bidens, the Clintons, or the Kerrys.  Republicans’ greatest sins are cowardice and lack of principle, because their main focus is on trying to please the very politicians who want to destroy them, from whence comes the phrase “go along to get along.”

Nevertheless, there is some good that could emerge from the red trickle.  For one, the results might motivate Biden to run again, which would mean an automatic win for whomever the Republican presidential candidate is in 2024.  Realistically, however, the Democrat donor class would probably give the Big Guy the hook if he let it be known that he seriously intended to run.

What is a more certain result of the red trickle is that it will embolden Democrats to double down on their radical-left agenda.  Dems are the undisputed champions of the world when it comes to overplaying their hand, and rest assured they will not disappoint this time around.

Their astonishing boldness comes from a sincere belief that they are morally superior to the citizen serfs for whom they have so much scorn, which is why they believe that the implementation of their political agenda is a moral imperative — even if they have to violate the Constitution to make it happen.  Unfortunately, this translates into two more years of economic destruction for the U.S. and, even more important, a further dissipation of our liberties.

Funnyman Joe says he wants to work with Republicans, but all that means is that he wants them to support his suicidal policies, and if they refuse to do so, he will simply go back to his “threat to democracy” theatrics and the Mega-MAGA speeches will start anew.  Never forget that when you are accused of being a threat to democracy, what it really means is that you’re not doing what the regime wants you to do.

Personally, I don’t want Republicans to work with Democrats at all, because there’s nothing Democrats could ever propose that I would be interested in.  Lovers of liberty should always heed Liberty Rule No. 1:  Be fearful of members of opposing parties “working together to accomplish something.”  Democrats have made a living off persuading Republicans to “compromise” on Democrat proposals.

What, then, should Republicans focus on if they take control of the House?  Contrary to what China’s favorite Senator Mitch McConnell would like the American people to believe, propping up Ukraine with billions of taxpayer dollars is not the most important thing Congress has to do.

What Republicans need to put on the front burner is investigating all of the criminal activity that has occurred in Washington over the past seven-plus years.  The economy won’t matter if our headlong plunge into authoritarianism isn’t brought to a halt, and the only way to do that is to show lawbreakers that their actions have consequences.  Looking through the bars of a prison cell has a remarkable way of convincing people of that.

As to the 2024 presidential election, the biggest determinant will be if independents and “moderate” Democrats have suffered enough by that time to be prepared to throw in the towel on empty Democrat promises and ignore their diversionary cries of “racism, misogynism, fascism, et al.”  If, on the other hand, they are willing to endure still more pain and misery for the sake of keeping the Democrats’ version of “democracy” intact, it could be a watershed win for authoritarianism.

Stick around.  It should be fascinating to watch.