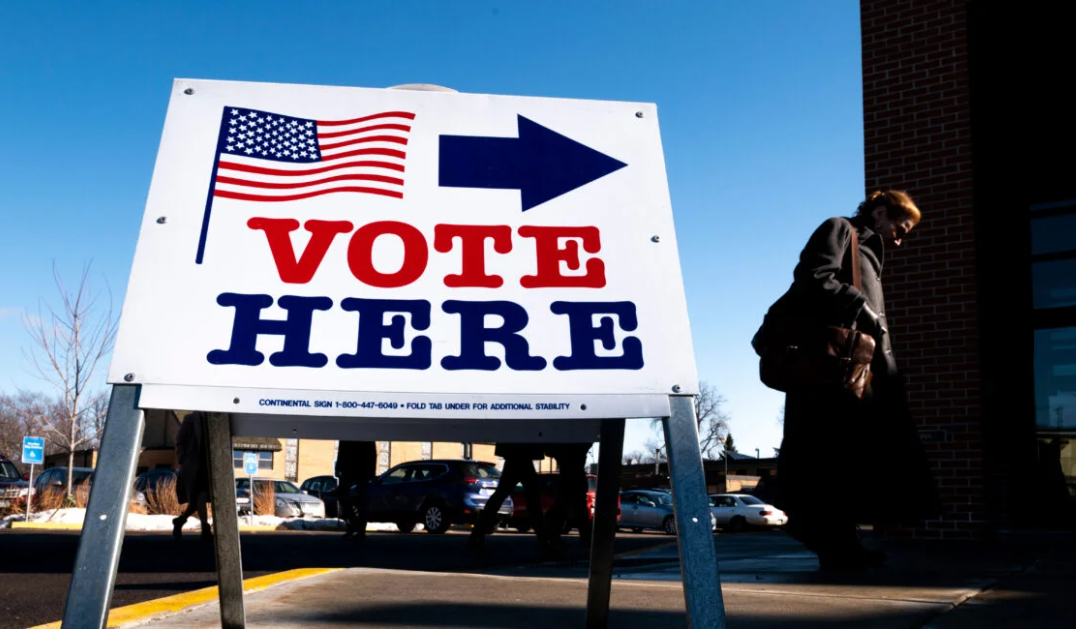 America’s voting system has devolved from a global beacon of democracy to an international punchline. Pictured: A polling place on March 3, 2020 in Minneapolis, Minnesota. (Photo: Stephen Maturen/Getty Images)

The whole world is laughing.

“US election results: When will we know who won?” the BBC wondered.

AZCentral.com columnist Jon Gabriel wrote: “Friends in Hungary and Brazil asked how their entire nations can count votes in a few hours, while it takes Arizona a week or longer.”

As of early Friday afternoon, America’s voting system has devolved from a global beacon of democracy to an international punchline. A bright neon sign warns: “Don’t try this at home.”

Mechanical breakdowns, baffling “ballot dumps,” and inexplicable pauses in tabulation have buried the Arizona and Nevada senatorial and gubernatorial results in sand.

Alaska has soiled itself with a new, needless, and odious rank-choice-voting process. Rather than Tuesday’s top vote-getter winning the Senate seat, Republicans Lisa Murkowski, Kelly Tshibaka, Buzz Kelley, and Democrat Patricia Chesboro are mired in a glacial redistribution of each losing candidate’s votes to those ranked higher. This ballot buffoonery could continue for weeks.

In the U.S. House, 32 seats remain uncalled. Republicans have yet to secure their expected slim majority, thanks to dilatory vote counts and mail-in ballots that land more slowly than falling autumn leaves.

Who will be the next mayor of Los Angeles? At this writing, 64 hours after polls closed, nobody knows. Some 900,000 ballots await tabulation! In 10 California congressional contests, fewer than half of the ballots have been counted, per Politico. In the Sixth District, only 35 percent of ballots have been tabulated!

What America needs is a major cleanup of our self-humiliating voting system.

This should start by excising the cancer of early voting.

According to 2 U.S. Code § 7: “The Tuesday next after the 1st Monday in November, in every even numbered year, is established as the day for the election, in each of the States and Territories of the United States, of Representatives and Delegates to the Congress.”

What part of that federal statute is unclear?

Pennsylvanians began voting on Sept. 16—39 days (!) before Democrat John Fetterman’s and Republican Dr. Mehmet Oz’s sole debate on Oct. 25. For seven weeks and two days, people voted before they saw Fetterman’s performance and either were appalled at his diminished, post-stroke mental capacity, or admired him simply for showing up and standing there. No ballots should have been cast—for Fetterman or Oz—absent that information.

Alas, some 600,000 Pennsylvanians already had voted before they saw Fetterman barely able to express himself, which was exactly what devious Democrats had in mind. Surely, some of them wanted their ballots back — perhaps enough to have elected Oz on Tuesday.

Early voting began in Arizona on Oct. 12. That was 20 days before Libertarian Party nominee Marc Victor dropped out of the Senate race and endorsed Republican Blake Masters. Victor now has 43,542 votes. The early ones among them might have gone to Masters, which would propel him that much closer to victory.

In 2016, North Carolina sent voters absentee ballots on Sept. 9, a full 17 days before the first Hillary Clinton vs. Donald J. Trump debate that Sept. 26. Voting before even the first of three debates for President of the United States and leader of the free world is SICK.

Americans should coalesce around an election system worthy of this nation:

Deroy Murdock is a Manhattan-based Fox News contributor and a contributing editor with National Review Online.