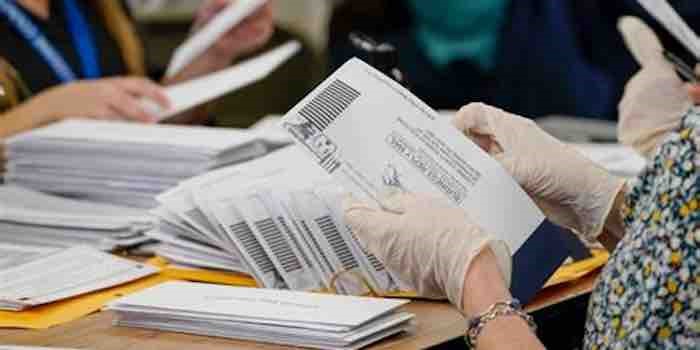 This raises a question: Does this point to polling problems, or voting system problems?

Yesterday America voted, and there were some rather odd election anomalies — much as there had been in 2020. As for the latter, a bit of history:

The winner of Florida, Iowa and Ohio had won the presidency for perhaps as long as the three states have been part of the union and certainly had for 60 years, since Richard Nixon won them but lost an election widely regarded to have been stolen. Donald Trump won all three states by comfortable margins — but “lost” the 2020 election. There also are the 19 bellwether counties that had supported the presidential victor in every contest since 1980, 18 of which Trump won (the one he lost had instituted a new voting system more susceptible to fraud). And now, in 2022, it appears we’re seeing anomalies again.

A“red wave” was expected by virtually all analysts, partially, but not completely, because Republicans enjoyed polling advantages that had been increasing for weeks prior to the election. What’s more, given that the GOP tends to under-poll — one study estimated by five points this election cycle — robust Republican gains seemed reasonable to most observers. Yet curiously, if we’re to believe Tuesday’s results, something perhaps unprecedented in modern elections happened: The GOP had over-polled — in most places but not all.

This is interesting because polling “systems” are the same in every state — but voting systems aren’t.

This raises a question: Does this point to polling problems, or voting system problems?

Consider Florida, which did experience a profound GOP wave (all figures are from RealClear Politics’ polling averages and election result data). Governor Ron DeSantis led his challenger, Charlie Crist, by 12.2 points on average in the polls but actually won by 19.5. So he under-polled by 7.3 points. Senator Marco Rubio led his challenger, Val Demings, by 8.8 points in the polls but won by a whopping 16.5, a 7.7 point improvement.

(Republicans are also expected to increase their margin in Florida’s 120-member House to 85 seats, their largest majority in history.)

Over and Under Polling

Yet the picture was very different in most of the rest of the country. Consider the following Senate races (all numbers are as of early 11/9):

Regarding the still undecided Senate races:

Using the current numbers from the first six states above, where the races have been called, I find that Republicans allegedly over-polled by an average of 5.43 points. In contrast, DeSantis and Rubio under-polled by an average of 7.5. That’s a difference of almost 13 points between the GOP’s under-polling in Florida and its “over-polling” elsewhere. Possible explanation?

Florida’s Ron DeSantis has been attacking election fraud more aggressively than probably any other governor — including fellow Republicans. The Sunshine State created a new agency, the Office of Election Crimes and Security. A massive ballot harvesting operation was recently exposed in Orlando. DeSantis also signed a law limiting ballot drop boxes’ hours of availability, requiring they be monitored by public officials, tightening the procedures for getting a mail-in ballot, creating new voter-ID requirements, and making it a crime for anyone to possess or deliver more than two mail-in ballots per election. This is significant because mail-in balloting is the kind most susceptible to vote fraud (which is why France prohibited it in 1975).

While my data are far from exhaustive (and I’d welcome a more comprehensive analysis), the pattern I’ve outlined appears to hold everywhere or virtually everywhere.

What explains this? Big Tech meddling is significant — liberal researcher Robert Epstein found that it can shift up to 15 million votes in an election — but are Floridians somehow immune to Google and social-media influence? Or, maybe, did the polling outfits decide, inexplicably, to apply wholly unique criteria to Sunshine State polling?

Leftists will no doubt explain the anomaly by claiming that Florida practiced voter suppression. I would say that if you believe this, I have some swampland in Florida to sell you. But that swampland may actually now be quite valuable, as Americans are flocking to that state to escape Third World-like governance.