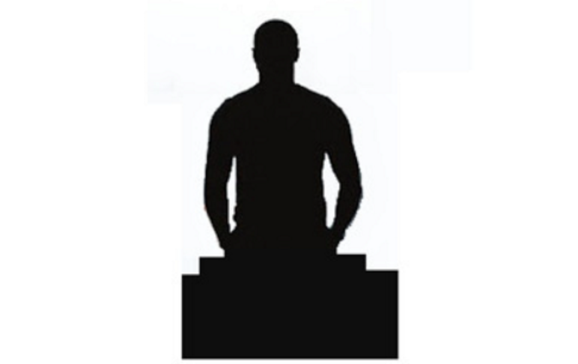 In this demented, twisted upside-down world, it’s perfectly consistent that a racist hate group masquerades as a human rights group.  The Institute for Research & Education on Human Rights (IREHR) is one such hate group.

Another word for nationalist is patriot.

IREHR’s vision statement1 is a hate-filled screed loaded with logical inconsistencies and ironies.  They are anti-nationalist and they hate white people and especially those who love their country and their borders.  IREHR ignores the fact that white people don’t have a corner on the market for love of country. Patriotism is not a race thing.

IREHR’s intelligence activities came to light when it was discovered that they worked cooperatively with the Montana Human Rights Network (MHRN)2, another human rights hate group to publish a report on Ammon Bundy titled, Ammon’s Army3.

The first confirmed case of COVID-19 in the United States was reported to be a 35 year-old man residing in Snohomish County, Washington. The man had just returned from China on January 15 after traveling to Wuhan, China to visit family.  In this rather extraordinary story, the man went to an urgent care center with flu symptoms on January 19, 2020.  The following is an excerpt from the Case Report in The New England Journal of Medicine4.

“He put on a mask in the waiting room . . . he stated that he’d seen a health alert from the U.S. Centers for Disease Control and Prevention (CDC) about the novel coronavirus outbreak in China and, because of his symptoms and recent travel decided to see a health care provider.

Given the patient’s travel history, the local and state health departments were immediately notified. Together with the urgent care clinician, the Washington Department of Health notified the CDC Emergency Operations Center.

On January 20, 2020, the CDC confirmed that the patient’s nasopharyngeal and oropharyngeal swabs tested positive for 2019-nCoV by real-time reverse-transcriptase–polymerase-chain-reaction (rRT-PCR) assay.

This single case of what was alleged to be COVID-19 was the proverbial snowball rolling at the top of the hill that caused the avalanche.

On February 29, 2020 Governor Jay Inslee declared Washington to be in a state of emergency and he declared the State’s Comprehensive Emergency Plan operational under the direction of the state’s Adjutant General (Military Department, Emergency Management Division) and the State Department of Health.  Click for timeline: COVID Kickoff Timeline

On March 4, 2020 Idaho Governor Brad Little announced the establishment of a working group that would lead on the COVID issue and on March 13, 2020 he issued his proclamation declaring Idaho in a state of disaster.  There were no known cases of COVID in the state at the time of his declaration.  Idaho’s first case of COVID was announced hours after Little’s declaration of public health emergency.5

Other states were also declaring states of emergency and with that, the “royal edicts” started coming under the authorities provided by the emergency declarations.

It was in the atmosphere of media hysteria, claims of an emergency with the exercise of emergency powers but without real evidence of an emergency visible to the public, that Ammon Bundy started the People’s Rights Network – what IREHR called Ammon’s Army.  The idea of the network was to provide “people power” support to the members facing what was effectively martial law behind the cover story of a public health emergency for which there was scant evidence.

Ammon’s network grew quickly.  It was a national network led by local leaders.  The idea was that an area leader would text their members with information and updates and would notify them of events.  Despite the impression that IREHR tried to give, there was nothing sinister about it.  It was a response to the attempt to impose medical martial law.

The IREHR report on Ammon’s Army and the “COVID-19 Insurrection”   (insurrection?  shows how over the top these people are) included profiles of area leaders6.

Casey Whalen has been an activist for a number of years even before the COVID medical martial law. When Ammon set up the People’s Rights Network, Casey joined and was listed as a “team member” for the Northern Idaho area.  Because of that, the IREHR wrote a profile on Casey.7

In early August of 2020 Casey engaged in some harmless civil disobedience (chalking the sidewalk) and he was verbally trespassed from the Panhandle Health District office.  He planned a return visit to the District office and he posted it on facebook. When he got there, the Health office was closed to the public.  He took video footage of the visit and posted it on youtube.8

Sometime later, Casey filed a FOIA request searching for his name in the records of the Kootenai County Sheriff’s Office files. One of the responses he got back was a communication between the FBI and the Shelley Renner-Allen, Crime Analyst on August 11, 2020.  The FBI agent initiated the conversation. 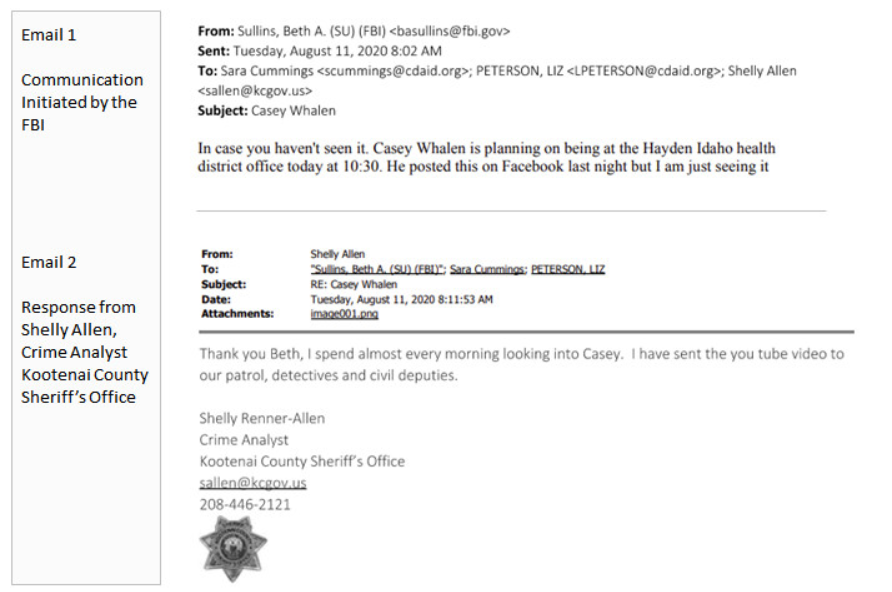 It should be noted that Casey had committed no crimes and there were no warrants for his arrest.  Why was the FBI involved in surveillance of Casey Whalen?

A search was done on the name “Regional Intelligence Group 9” to see what the organization was.  It was discovered that Group 9 is a geographically defined region of the Washington State Department Emergency Preparedness Network.9.  Region 9 is the eastern part of the state.  The area in brown is a tribal area. 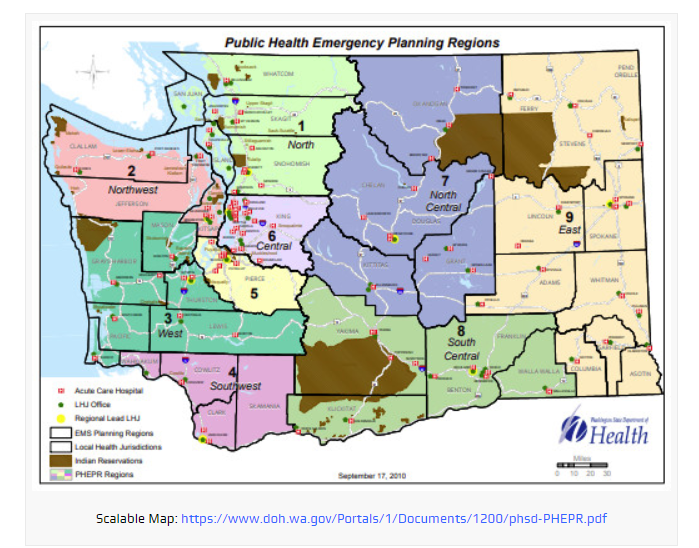 The Washington Emergency Management Division is the military division of the state.11

Casey did a video on the flyers and posted it to his youtube channel.  They can be found by following the links below.

The following are email locations extracted from the RIG 9 email dated 3-16-18.  They are being highlighted to show the extensive nature of information sharing on a guy who chalked a sidewalk at the Public Health District office and whose activities have been no more than to be a civilly disobedient nuisance to public officials while engaging in lawful protest of government overreach.

Questions that come to mind from a Data Analyst’s point of view:

Some of the answers – maybe all of the answers and a lot more questions can be found in the design of the privatized American police state networks that were created as a “counterterrorism” measure following the 1995 bombing of the Murrah Building in Oklahoma City.  The move to focus law enforcement on terrorism required a paradigm shift to prevention of crime rather the traditional American system of justice which requires a criminal predicate for information collection.  Under the inverted rubric of prevention, everybody is a suspect worthy of surveillance, information collection and reporting until such time as they commit their criminal predicate at which point, everything they ever said or did, related or not is available to law enforcement and the prosecution.

The problem is that most people are law abiding citizens.  Terrorism and terrorist activities are the exception not the rule.  Our entire system of justice was turned on its head to prevent the exception.  As a consequence of the paradigm shift, a whole new sector of business was opened up – information collection and sales of that information destroying the privacy and the rights of people to live free lives.

The new paradigm of the American police state created an invisible wall between the covert information collectors and disseminators – and the people about which such information was collected – mostly law abiding people.

The ultimate irony is that human rights groups sprang into action to protect the rights of people who would – in a normal world be considered as potential suspects for terrorist activities and to violate rights by manufacturing  scurrilous “intelligence reports” of ordinary citizens who either hit the invisible wall or have sensed the invisible wall with the consequent repercussions to American society and the American way of life.  In the inverted world, good guys become bad guys; bad guys become protected guys; public officials behind the invisible wall are inducted into networks of secrecy and are free to exploit the opportunities to take advantage of the people outside the networks.

Published with permission of technocratictyranny.com