The United States of Obeah 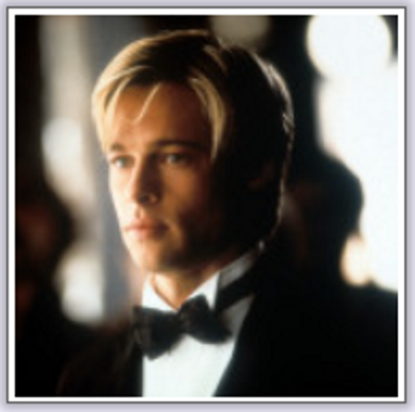 The United States of Obeah

One of the most intriguing scenes from the weird but wonderful movie Meet Joe Black was when Joe (Brad Pitt) interacted with a sickly, elderly Jamaican woman in the hospital.  When she saw him, the first words out of her mouth were, “Obeah mon; I gonna die,” to which Joe responded, “Obeah evil; I not evil.”

Obeah is a set of beliefs that has to do with African spiritual and healing traditions and is generally considered to be evil.  Introduced into the Caribbean islands by imported slaves in the mid-17th century, it is often referred to as voodoo or witchcraft and has long been outlawed in most Caribbean countries.

Anyone with a pulse is bound to do a lot of deep thinking after seeing Meet Joe Black, especially about the concepts of good and evil.  These concepts have been pondered by great philosophers throughout history, from the Greek triad of Socrates, Plato, and Aristotle to Thoreau, Burke, and Emerson.

Over the years, I’ve given a lot of thought to the concept of evil, in particular.  We grow up hearing the word evil used frequently by our families, friends, and coworkers, and the media delivers vivid, gruesome stories to us on a daily basis.  But what, exactly, is evil — and does it even exist?

People are generally divided on the question of whether evil is real in a Biblical sense or if it is a subjective concept.  Some events seem to defy subjective interpretation, such as Hitler’s extermination of 6 million Jews, Pol Pot’s Killing Fields where as many as 2 million Cambodians were slaughtered, and the massacres of tens of millions of civilians carried out by Stalin and Mao in the 20th century.

Since the question of whether or not such a thing as evil exists cannot be definitively answered (at least outside of scripture), I choose to use the word malice when referring to malicious people and malicious acts.  Malice is technically defined as “the desire to inflict injury, harm, or suffering on another person.”  This sidesteps the philosophical debate as to whether evil is a supernatural or secular phenomenon, because whether something is or is not a spiritual phenomenon, the reality is that we still have to deal with it in a secular way.

Today, our television sets bring us such appalling spectacles as subway rapes being filmed by casual onlookers, murders of innocent people in broad daylight, and elderly women being beaten by young thugs, to name just a few examples.  A rational person knows that such crimes are committed with malicious intent.  But what about people who don’t commit horrible crimes, yet do nothing to try to help the victims of such crimes?  Are they complicit by failing to intervene?  Most civilized people would answer in the affirmative.

Which brings me to politicians.  When it comes to lawmakers, it’s much easier to make the case for complicity when they fail to pass legislation to put violent criminals behind bars for long periods of time.  Or refuse to enforce existing laws.  Or, worse, pass laws that actually cause harm, especially to children?  They may not have malicious intentions, but their actions aid and abet the perpetrators of malicious acts.

Finally, what about politicians who do not themselves want to cause harm to others, but do, in fact, cause harm as a result of their pursuit of profit and/or power?  A good example of this would be those who promote so-called climate-change policies that are guaranteed to cause harm to millions of people who are innocent bystanders.  Should these pursuers of profit and power be let off the moral hook, or are they just as guilty as someone who harbors a malicious intent to harm others?

To the extent enough people choose the former and are informed enough and honest enough to vote accordingly, perhaps it will bring a respite to the destruction of what was once widely accepted to be the most just and civilized way of life the world has ever known.  If not, we will continue to rush full speed ahead into the arms of Obeah by allowing or, even worse, embracing a host of moral crimes such as sex trafficking, genital mutilation of children, and infanticide.

If Caribbean nations can rid themselves of Obeah, there’s no reason the United States can’t do the same.  Choose wisely on November 8 and pray that millions of others do so as well.