Is the Paul Pelosi Story the New Jussie Smollett Fraud, or the new Hunter Biden Laptop Scandal? Or both? 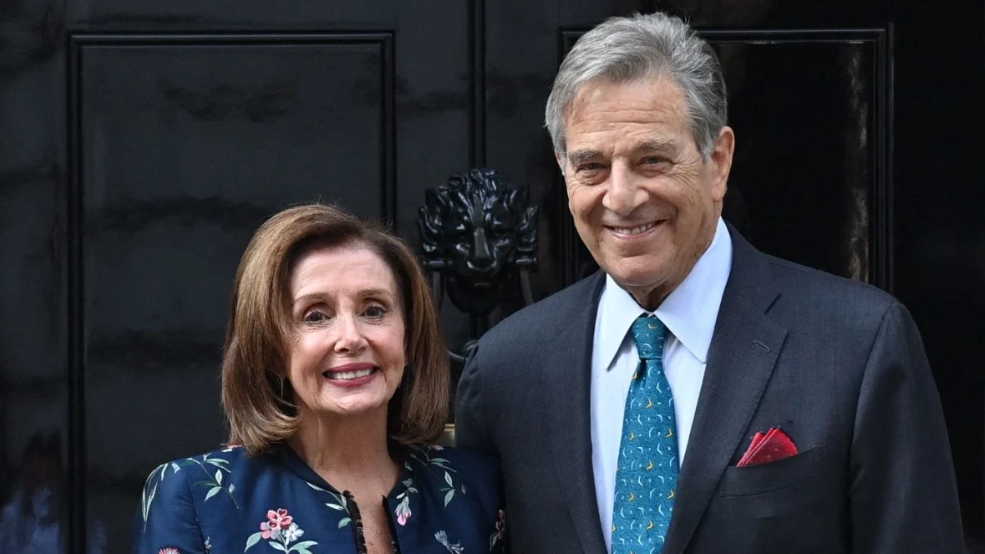 Is the Paul Pelosi Story the New Jussie Smollett Fraud, or the new Hunter Biden Laptop Scandal? Or both?

No one knows what happened at the Pelosi mansion. Not yet. But I sure can take an educated guess about what happened.

From the emails I got over the weekend from hundreds of my TV and radio fans, it’s no secret. Everyone believes they know what happened. This cover story is so rancid, no one fell for it. There are rumors flying around the Internet by the millions. One thing is for sure- the Pelosi’s aren’t fooling anyone. The whole world knows the cover story is complete B.S.

I have no special insider status. But I have common sense. So, let me present my perspective.

First, I lived for many years in a beautiful, gated, high-security, country club in the suburbs of Las Vegas. My neighbor was Harry Reid. He lived just down the street. A very high-class street I might add. Just like all Democrat politicians, Harry was a fraud. He fought against walls, but he chose to live in a place with walls and gates. He fought against guns for the citizens, but he was guarded by armed security at that gate. He fought against Voter ID, but no one could enter our community without government-issued photo ID.

Now we get to the Pelosi-like part of this story.

Harry was Senate Majority Leader when he moved into my exclusive community. Separate from the gate, and walls, and armed security that guarded our community, Harry also had his own capitol police force to watch over him and his home.

There was an unmarked police car parked outside his home at all times. When Harry went for his morning walk, he was always accompanied by two armed capitol police officers.

Harry was Senate Majority Leader. An important position. But it isn’t nearly as important as House Speaker. Nancy Pelosi is 2nd in succession for the Presidency. Wouldn’t you think she would have the highest-level security detail around her, and her home, and family, at all times? Not just capitol police, but Secret Service?

Of course, she must have.

Wouldn’t you think the federal government (at their expense) would have installed the best and highest tech security systems and surveillance cameras at her residence, and all around her street?

Of course, they did.

One more thing. Nancy and Paul Pelosi aren’t just any political family. They’re worth in excess of a hundred million dollars. Some say they’re worth hundreds of millions of dollars. So, wouldn’t they have spent a fortune of their own money to guarantee the best security possible? With all the threats against this high-profile and controversial House Speaker, wouldn’t they have paid for a security detail 24/7 for herself and her family?

Of course, you and I both know she never had to pay for a thing- she made sure the taxpayers paid for the best security money can buy.

So how did a stranger IN HIS UNDERWEAR get into House Speaker Pelosi’s mansion at 2 AM? Did he walk by the outside cop car in his underwear? Did he break a window, or break down the door to the 2nd in succession to the presidency of the United States and no one noticed? Was the outside security detail asleep?

And once inside the mansion, the intruder wasn’t met by a police officer, or secret service agent stationed inside? Where were they? Also asleep?

And no alarm went off? And there’s no video footage multiple angles both outside this very special home, and inside?

The husband of the woman who is 2nd in succession for the presidency had to call 911 like any mere mortal? Really? He didn’t have any private security inside the home, or waiting right outside? If so, who opened the door for police?

Or was Paul Pelosi doing what he always does when Nancy was away- with private security in attendance? We all know JFK was involved in many illicit extra-curricular activities inside the White House- with Secret Service protecting him and covering up for him at all times. So, was Paul’s security detail on premises? If so, why didn’t they protect him?

When Paul Pelosi called 911, why did Paul say he knew the man and his name was David? Isn’t that odd to know the name of your attacker and mention it to a police dispatcher?

By the way, how did the attacker allow Pelosi to go the bathroom and make that call?

I’m not 2nd in succession for the presidency. I’m not worth hundreds of millions of dollars. But no stranger could ever get into my home like that. So, how did he get into the Pelosi mansion? You mean I have more security than the person who is 2nd in line of succession to be President of the United States?

And everyone knows it. Millions of Americans think they know exactly what happened.

Was “David” invited in by Paul at 2 AM with Nancy away? If so, why? I’ll leave you with that question.

The only piece of the puzzle left to ponder…is this more like a Jussie Smollett fraud scandal, with a story that is pure fraud and fantasy, or more like the Hunter Biden laptop scandal? Or a combination of both?

Hunter’s laptop would have destroyed Biden and the entire Democrat Party before the 2020 presidential election. So, Democrats and the mainstream media colluded in a terrible conspiracy to cover it up. To make it go away.

But I have bad news for Democrats. The American people already know. This time the coverup didn’t work. On November 8th you will find out the Silent Majority has had enough of your lies, frauds and coverups.

I wish the Pelosi’s well. I wish Paul a full and swift recovery. I wish you both a long and healthy life- in the private sector, or in retirement. Far from the halls of power in DC. It’s time for Pelosi political dynasty to go away.