INFLATION: CAUSE AND CONDITION 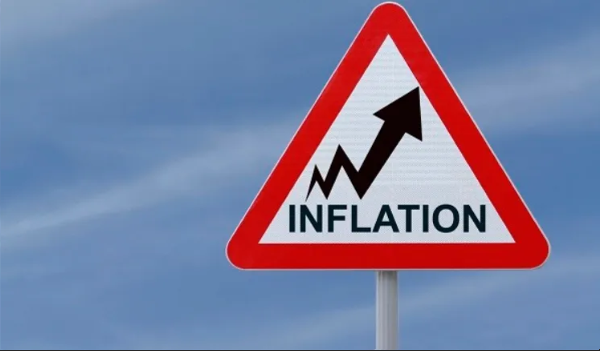 INFLATION: CAUSE AND CONDITION

Inflation is defined as an increase in the money supply. Inflation can also be caused by an increase in the rate in which money is spent. The president or Congress can budget more money for certain projects, or to help those suffering loss due to the recent pandemic. But this does not affect prices until the money is actually spent.

Everyone was excited to get some “free” money from the government. Had this money come from taxation it might be considered a gift. But since it was money just printed and given away it caused prices to rise. So the money given away last year to especially help the poor and the middle class is now causing prices to rise dramatically.

Right now this is seriously affecting the same poor and middle class, as they see the price of most foods rising along with the price of gasoline.

If the government resists more give away projects the general prices will begin to come down, especially as work picks up and things tend to go back to normal.

Our governor here in Idaho gave each of us $300.00, $600.00 for a couple. This is money given to the state by the Federal Government. As long as the State kept the money in the bank it did not affect prices. But once we all have that money in hand prices will begin to rise.

At the same time, from that same pot of federal money about 400 million was allocated for education. Many people feel that we are already spending too much on education and most of the increase will just go for higher salaries for teachers and administrators. Most people were willing to approve this spending since they were “bribed” with the $300 “gift.”

Of course, the price of gasoline is a special case since the Biden Administration has done all they can to stop the use of fossil fuels. They stopped work on the Keystone XL Pipeline, stopped drilling on federal lands and stopped the exploration for oil in the Alaska National Wildlife Refuge (ANWR). Under the Trump Administration we were totally energy independent, but now under the present administration we are depending on others. The president has even begged some of our enemies to supply us more oil. He would rather do this than encourage more domestic production.

Everyone suffers from inflation, yet few seem to understand that the government is the only one who can inflate our currency. It is like the child’s book on the Money Tree.

Money grows on trees and you do not have to work to get it. You just pick it like picking fruit. The end result is that no one is working and all are living off the money from the money tree. Thus, we all become poorer even with money growing on trees.

Few people seem to realize that real money is not what you have in your wallet, or even what is in the bank. Real money is the work done by the citizens of the country. When everyone works there is great national wealth. When some are conditioned not to work the whole nation suffers.