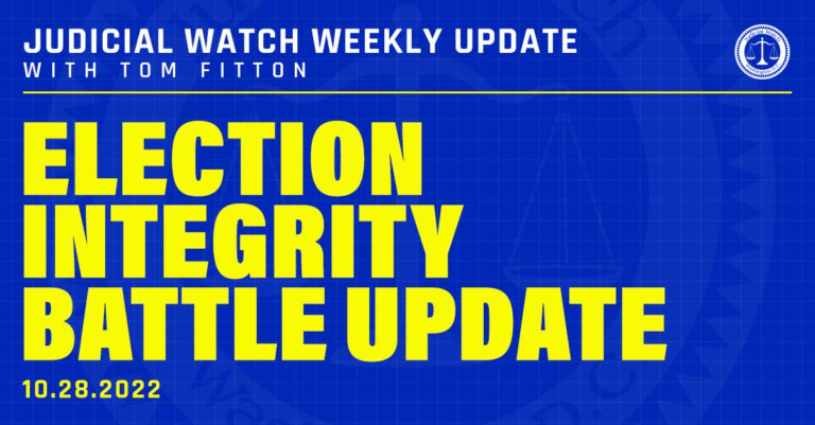 A federal court rejected a motion by the Democratic Party of Illinois to intervene as a defendant in our lawsuit challenging an Illinois election law permitting mail-in ballots to be received as long as two weeks after Election Day.

The ruling and opinion comes in the federal lawsuit we filed on behalf of Congressman Mike Bost and two other registered Illinois voters to prevent state election officials from extending election day for 14 days beyond the date established by federal law (Rep.Michael J. Bost, Laura Pollastrini, and Susan Sweeney v. The Illinois State Board of Elections and Bernadette Matthews (No. 1:22-cv-02754)).

In the court’s ruling and opinion on the Democratic Party of Illinois motion to intervene, U.S. District Judge John F. Kness held that its participation would “delay this time-sensitive case:”

The Democratic Party of Illinois is represented by the Elias Law Group, whose founding partner is Marc Elias, the controversial lawyer for Hillary Clinton’s campaign.

Federal law defines election day as “the first Tuesday after the first Monday in November of every even-numbered year.” The initial complaint states:

Despite Congress’ clear statement regarding a single national Election Day, Illinois has expanded Election Day by extending by 14 days the date for receipt and counting of vote-by-mail ballots

The Board … advised that the number of ballots received after Election Day through November 17, 2020, could materially affect the unofficial election results.

[Illinois’ own data indicates that] Illinois received 266,417 vote-by-mail ballots statewide during the period from November 3rd through November 17th.

We argue that holding voting open for 14 days past Election Day violates the constitutional rights of voters and candidates:

By counting untimely and illegal ballots received after Election Day and diluting Plaintiffs’ timely cast and received ballots, Defendants, acting under color of Illinois law, have deprived and are depriving Plaintiffs of rights protected under the First Amendment and 14th Amendment to the U.S. Constitution in violation of 42 U.S.C. § 1983.

The Democratic Party failed to gum up this important lawsuit for election integrity. We are supposed to have an Election Day, not election weeks – or months. Illinois’ 14-day extension of Election Day beyond the date set by Congress is illegal, violates the civil rights of voters, and encourages fraud.

In a separate Judicial Watch election lawsuit against Illinois, a federal court ruled in June 2021 that the lawsuit could proceed against Illinois officials for denying public access to Illinois’ voter registration database.

In March 2022, a Maryland court ruled in favor of our challenge to Maryland’s Democratic legislature “extreme” congressional redistricting gerrymander.

For more than 25 years, we have been known for our aggressive, leading-edge use of public records laws and lawsuits, as well as taxpayer, civil rights and whistleblower protection litigation, to fight government corruption. We are a national leader in voting integrity and voting rights. As part of this effort, we assembled a team of highly experienced voting rights attorneys who stopped discriminatory elections in Hawaii, and cleaned up voter rolls in California, Ohio, Indiana, and Kentucky, among other achievements.