Say It! The DemonCrats Are the Party of Perverts 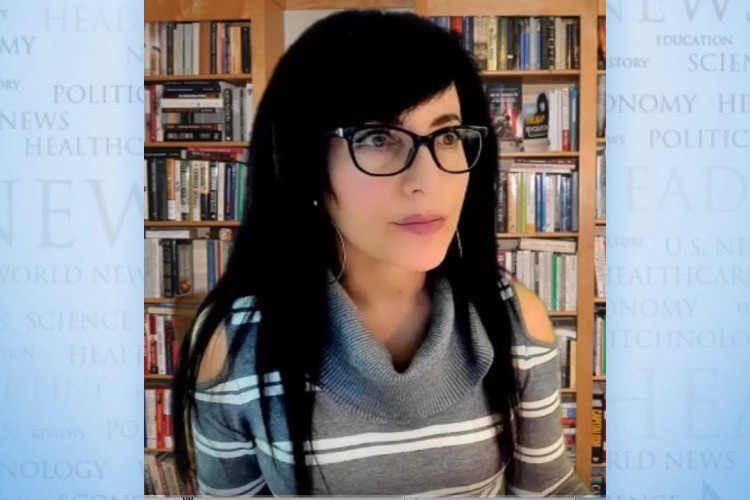 Say It! The DemonCrats Are the Party of Perverts

Edgar Allan Poe’s “The System of Dr. Tarr and Prof. Fether” tells of inmates in an asylum who overpower their wardens, tar and feather them, throw them into underground cells, and proceed to have “a jolly season of it” without them. The finer point of Poe’s short story is that, to the objective observer come to visit, there is little to distinguish lunatic from ostensibly sane overlord.

No such risk exists in the case of the deranged Democrats, dreadful curs that they are (with apologies to the canine community).

The Democrats’ cri de coeur? Drain and dry that Rio Grande! Level the land to ease the passage of Central America into North America. Let them come in their millions, no, in their billions. Decriminalize crossings. Disband ICE (U.S. Immigration and Customs Enforcement). Deify DACA (Deferred Action for Childhood Arrivals, for our purposes, illegal alien kids). Deny no asylum claim. Table a marshal plan for Central America. Immigrants are America, only better and more inspiring than her native sons and daughters. “We want more refugees” — so said the nogoodnik who runs my state of Washington into the ground.

Not so long ago I held out hope that ordinary Democrats would be put off by the crude displays coming from the demented, intersectional, social-injustice succubae overcrowding the Democratic Party and its media phalanx. This has not happened. The Democrats have only normalized and streamlined their dystopian operation. This is a party that stands for loosing robbers, rapists, killers, and perverts on the land.

Not nearly enough is said about the DemonCrat’s sexual politics.

Twerking tush in front of school kids is indecent exposure. It used to be illegal, certainly and indisputably immoral. There used to be laws prohibiting the wearing of sexual prostheses in public and dangling them in front of others, much less minors. But thanks to the Democrats’ sexual proclivities and politics, we have other-gendered people inflicting their kinks on kids, under the guise of education. The same American children can’t read, write, or do arithmetic, but are No. 1 in pornography and Critical Race Theory.

It’s the Democrats’ doing! To the Democrats all this is just orientation day at kindergarten — they have not a bad word to say about turning school children into the captive audience and playthings of perverts and ethnocidally antiwhite agitators, posing as educators.

Invite adult onanism and sexual acting-out into the schools. Break down boundaries of propriety — those between generations, between what is public and what has always been private, between what is proper and improper, legal and illegal: That’s the DemonCrats distilled.

As 2022’s mid-term election campaigns have worn on and are now winding down, it is becoming clear that there is a rising crop of scrappy Republicans willing to put up a fight, rather than just “reach across the aisle,” as has been the perennial custom of our people. They are “not backing down” is how the feistiest of TV talkers, Tucker Carlson, described these America First Republicans. However, “not backing down” is still merely treading water. How about figuratively decapitating your Democrat opponents by painting them, their actions and arguments over two years, as diabolical and demonic.

The imperative is to define the Democrats as the deviants they are. Demons. Demented. Yet Republicans miss the mark and slide into extenuation: They call the Democrats “radicals,” their agenda a “radical one,” when the Democrat party is in fact the party of perverts.

To label Democrats as radicals is to compliment them. I’m a radical reactionary; a radical for free-speech, a radical for property rights, for localism, for individual liberty. See what I mean? The “radical” adjective is not necessarily pejorative.

In politics, especially, rubbish rises to the top. Politicians are born mediocrities. The Democratic Party, in particular, is freighted by trash people. The Party embodies the decadent evil that is end-stage democracy. As much as we’d like to democratize this with respect to gender; it has to be said, moreover, that the Democrats are dominated by demonic females who rage as though permanently on the rag.

Lofty dilettantes the Democrats are not! Why, then, are Republicans not calling them out as the party of sexual-offenders-by-proxy, of violent criminals, outlaws, and scofflaws?

The Democrat platform is, after all, one that promises to end Anglo-America, welcome the world, evict the unborn as a constitutionally enshrined right, while sundering the Bill of Rights and reveling in all manner of evil, criminal and carnal. 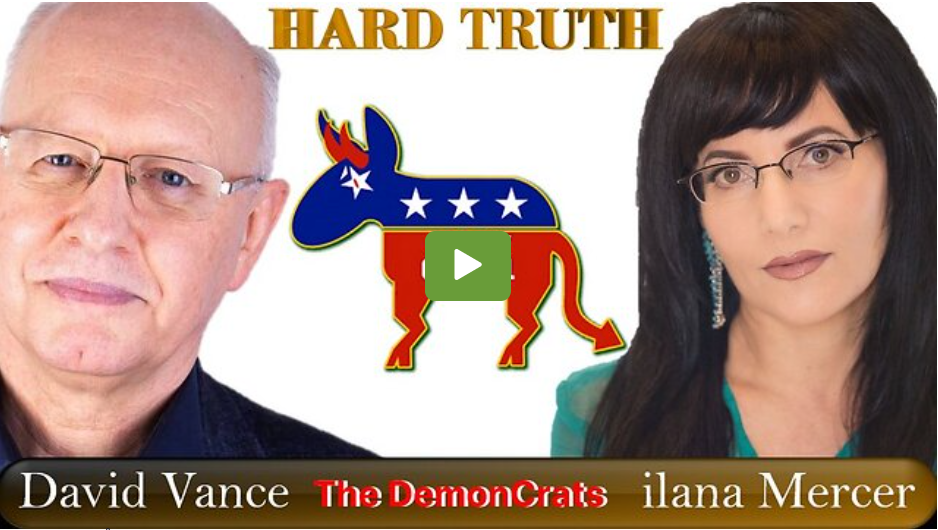 Ilana Mercer has been writing a weekly, paleolibertarian think piece since 1999. She’s the author of Into the Cannibal’s Pot: Lessons for America From Post-Apartheid South Africa (2011) & The Trump Revolution: The Donald’s Creative Destruction Deconstructed (June, 2016). She’s on Twitter, Gab, Gettr YouTube & LinkedIn; banned by Facebook, and has a new video-podcast.