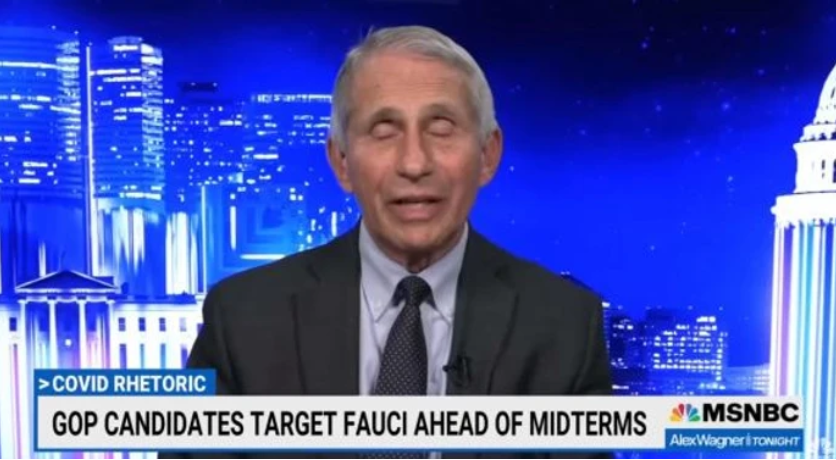 Why did Dr. Anthony Fauci support the Chinese Communist Party (CCP) deception that the Wuhan virus originated in a “wet” market and not the Wuhan Institute of Virology (WIV)?

American taxpayer funds from the National Institute of Allergy and Infectious Diseases (NIAID), where Dr. Fauci has been the director for 38 years, partially financed WIV gain-of-function virus experiments. The CCP’s Peoples Liberation Army (PLA) also was conducting gain-of-function research in the lab.

Why did Dr. Fauci follow CCP’s doublespeak of naming the Wuhan virus Covid-19? Previous worldwide pandemics were named after the country in which the virus originated. The CCP’s motive was to deflect world opinion from blaming China since to blame China would be “racist.” (My computer edit software recommended I change the term Wuhan virus to Covid-19, as using the word “Wuhan” can encourage prejudice and misinformation.)

Why did Dr. Fauci follow the totalitarian Chinese model of lockdowns? In April 2020, Dr. Fauci and Dr. Deborah Birx persuaded President Trump to lockdown the economy, knowing full well that lockdowns did not work during pandemics and would result in massive destruction in jobs, lives, children’s education and development, and commerce. Moreover, numerous pandemic studies over the years had recommended against lockdowns.

The country of Sweden did not have a lockdown, and life continued. Florida quickly removed lockdowns and recovered better than states who continued with lockdowns. Yet, under the guise of “emergency,” Federal and state authorities imposed draconian and totalitarian restraints on Americans which were never seen before —– even in World Wars.

Why did Dr. Fauci recently authorize $3.3 million in grant monies to EcoHealth Alliance (EHA) for pandemic prevention after the National Institute of Health (NIH) terminated a grant to EHA for failure to hand over WIV laboratory records for review?

EcoHealth Alliance is a New York City-based NGO whose mission is to conduct research preventing pandemics. It has received millions of NIH/NIAID dollars over the past two decades. Led by British biologist Peter Daszak, he composed a letter saying the Wuhan lab leak theory was misinformation. Social media companies censored anyone who supported the lab leak theory. Instead, Daszak and Fauci support the hypothesis that the virus jumped directly from animals to humans.

Iowa Senator Joni Ernst said, “It is absolutely batty that the NIH would give another cent of taxpayer money to EcoHealth when the group failed to respond to repeated NIH requests about their research, and conducted the same dangerous experiments which may have been responsible for the COVID-19 pandemic to begin with.”

NIH has a federal budget of over $45 billion and is the parent organization for 27 medical research institutes, including NIAID. Dr. Fauci has led NIAID, which has a budget of over $6 billion, since 1984.

Why would the NIH allow one man (Fauci) to run an organization (NIAID) for 38 years?

Basic management principles would suggest that 38 years is probably 30 years too long for the reign of one person. “Hubris” and “deep state” are words that come to mind, and may explain why Fauci claimed, “I represent science.”

Why does NIAID, under Dr. Fauci’s leadership, continue to send American taxpayer monies, usually through cut-out NGOs like EHA, for research in China? Why not fund research institutes in the United States instead of worldwide? Countries receiving NIH monies for bat research include China, Singapore, Burma, Cambodia, Indonesia, Malaysia, Thailand, Vietnam, and Laos.

Why did Dr. Fauci, in March 2020, advise healthy Americans against wearing masks? In April 2020, the CDC (Center for Disease Control) recommended wearing masks. Yet in May 2020, Dr. Fauci and the New England Journal of Medicine admitted that masks are little more than symbols (virtue signaling). In January 2021, Fauci told healthy Americans to wear two masks. One week later, he backtracked on the recommendation.

Why did Dr. Fauci and his wife Christine Grady’s net worth grow by $5 million during the Wuhan Virus pandemic? It soared from $7.5 million in 2019 to $12.6 million by the end of 2021. Fauci is the highest-paid federal employee at $456,028/year, and his first-year golden parachute retirement will be the largest in history. In addition, he collects royalties from drug companies for NIAID patents and receives cash prizes from non-profits around the world. Judicial Watch has filed a lawsuit for the disclosure of financial records of NIH and Fauci for receiving $350 million in secretive “royalty” payments from drug companies and other third parties.

Why did Dr. Fauci and the CDC ban hydroxychloroquine when some studies demonstrated it was effective against the Wuhan Virus? Robert F. Kennedy Jr. explains, in his New York Times best-seller “The Real Anthony Fauci,” how Fauci, in partnership with Bill Gates and Big Pharma, has led a global war on democracy and public health.

Dr. Fauci retires at the end of 2022. Americans should reflect on how this man attained his power and influence and take steps to ensure this leadership longevity does not happen again. An easy fix would be passing a law for term limits of leaders of government agencies, similar to what was done regarding the President of the United States. In addition, term limits should also be implemented for members of Congress.

We have met the enemy, and he/she is us.

Author Laurence F. Sanford, a veteran of the United States Navy and the Central Intelligence Agency is Senior Analyst for the American Security Council Foundation