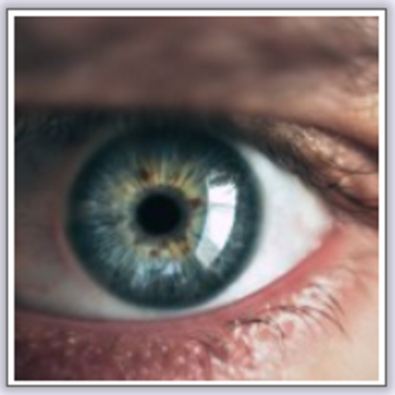 Leonardo DaVinci famously wrote, “I awoke, only to see that the rest of the world was still asleep.”  Americans who don’t understand that their lives are in peril if they don’t take action to vanquish their abusive overlords on November 8 are, indeed, still asleep.

Life is like a pendulum, perpetually swinging back and forth between two extremes.  Politically speaking, it’s a constant tug of war between liberty and tyranny.  This was so in the three great revolutions of the past 250 years — the American Revolution (1776), the French Revolution (1789), and the Russian, or Bolshevik, Revolution (1917).

In addition, there is another revolution that until recently has gone somewhat unnoticed.  I call it the Elite Revolution, because it is led by, and is for the benefit of, the elite class rather than the masses.

Over a long period of time, elitists moved slowly but steadily to fundamentally change society and install a top-down government where the elite class would have unquestioned authority over the masses, a.k.a. proletariat, serfs, or subjects.  The goal of the elites has always been to crush the souls of citizen serfs and dismantle the existing societal structure.

By 2016, the elites were confident that their slow-but-steady strategy was about to deliver them unchallenged control of the government.  Then, suddenly, an unexpected impediment in the form of a real estate developer from New York appeared out of nowhere and drastically slowed their totalitarian plans.

Throughout Donald Trump’s presidency, the elite revolutionaries worked overtime to try to put him behind bars, only to end up being repeatedly humiliated.  Their failure frustrated and panicked them to such an extent that they lost all connection to reality and, along with it, the ability to make rational decisions.

The result was an absurd Russia-collusion hoax, two desperate impeachment attempts, a string of fake insurrection hearings, criminal targeting of conservatives, letting violent criminals out of jail, opening the southern border in an attempt to change the makeup of the electorate as quickly as possible, censoring speech, and much, much more.

All of which make it clear that the elites have made a bold decision to no longer try to boil the frog slowly.  They sensed they were losing the support of previously reliable voting blocs, people who figured out that the elite’s cradle-to-grave promise of well-being was an elaborate con designed to further enslave them, so they began to openly demand unquestioned obedience.  No more waiting for the next election to bring the hammer down on those who refuse to obey.

It’s been obvious for a long time that Democrats want to do away with elections altogether, because they deeply resent having to put forth the effort to persuade the masses to vote for them.  They sincerely believe they are morally and intellectually superior to their subjects and therefore see elections as a colossal waste of time.

Today, however, another revolution has emerged, the Anti-Elite Revolution, and it is pushing back against the increasingly disrobed Elite Revolution.  The Anti-Elite Revolution is led in Congress by warriors like Marjorie Taylor Greene, Jim Jordan, and Matt Gaetz, and could soon be bolstered by newcomers like J.D. Vance and Blake Masters.  In addition, getting teed up right behind them are rapidly rising stars like Stephen Miller, Vivek Ramaswami, Candace Owens, and Charlie Kirk.

Notwithstanding the efforts of these liberty stalwarts, rest assured that the elites are not just going to roll over and accept defeat no matter how decisively midterm voters reject them.  They will simply refuse to acknowledge the fact that voters have taken away their majority voice and continue to openly flout the Constitution.

Nancy Pelosi’s tantrum performance at the State of the Union address when she tore up the president’s speech was a precursor to what to expect if she is put out to pasture by voters.  It would not surprise me if she refused to hand over the gavel to a new Republican speaker.

If enough voters have finally awakened, the red wave will become a reality on November 8 — provided, of course, Republicans are able to keep Democrat cheating to a minimum.  But the age-old question will still remain:  Are establishment Republicans going to carry out the wishes of their constituents, or will they play the civility card yet again?

Gutless Kevin McCarthy has already announced that the new GOP-led House, unlike the Democrats, won’t use impeachment for “political purposes.”  In other words, business as usual.  When politicians who are supposed to be on your side refuse to support you, it makes it much easier for the elite class to quell your revolution.

But first things first.  Let’s hope that the headlines on November 9 will confirm that Americans have finally awakened from their slumber.  Their overwhelming message to Republican elites like Kevin McCarthy, Mitch McConnell, and Lindsey Graham must be crystal clear:  Carry out the wishes of voters or step aside.