The Division of Federal and State Powers 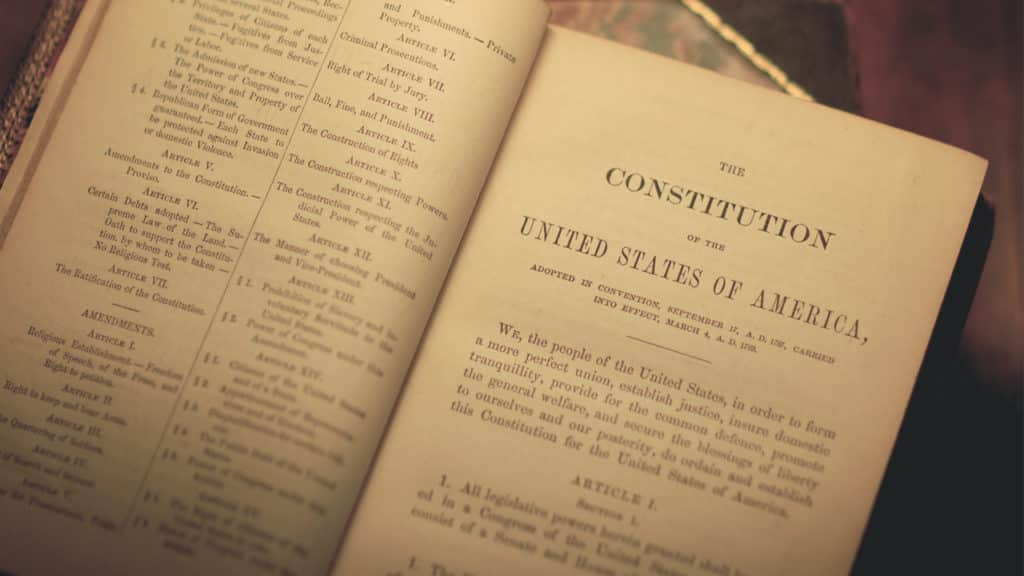 The Division of Federal and State Powers

How much power would the federal government have? And what powers would the states retain? This was a hotly debated question as the states considered ratifying a new constitution.

For the average person, the Federalist Papers are the go-to source for understanding the Constitution and its limits on federal power. In Federalist #45, James Madison insisted that the powers of the federal government would be “few and defined,” and the powers reserved to the states and the people would be “numerous and indefinite.

But what specific powers would they retain?

There is a lesser-known body of writing that was penned leading up to state ratification conventions that offers important insights, and emphasized the preservation of state powers. These writings reveal many of the specific powers supporters of the Constitution claimed the state would retain.

In The Founders Interpret the Constitution: The Division of Federal and State Powers, professor and legal scholar Robert G. Natelson documents the many newspaper articles, essays, and pamphlets written by founders that had both non-legal and legal expertise:

“They appeared in essays, letters, convention debates, and newspapers. They ranged in length from short expositions of one or two items to very long lists—although no author claimed to itemize every power the states would retain. The Federalists clearly intended these lists to induce public reliance. They were published and republished. They also evince a certain amount of coordination, for when the enumerations overlapped they remained remarkably consistent.” [Emphasis added]

As Natelson writes, a primary question during ratifying debates was whether the proposed federal government’s powers would be enumerated, meaning would they be limited to only those expressly delegated.

Some antifederalists believed that sections like the Necessary and Proper Clause created a loophole through which additional powers could be “discovered.” To address those fears, antifederalists like Patrick Henry insisted that a bill of rights be included, and that it be made adamantly clear the states retained all authority not expressly delegated.

While the federalists ultimately agreed to ratification with a promise of adding a Bill of Rights, Natelson writes they also “repeatedly informed the public of specific powers the Constitution would leave entirely within the jurisdiction of the states and their citizens.”

Natelson cites, for example, an article published anonymously in the Pennsylvania Gazette on December 26, 1787, which gives a detailed list of matters that would be left to the states:

“The federal government neither makes, nor can without alteration make, any provision for the choice of probates of wills, land officers and surveyors, justices of the peace, county lieutenants, county commissioners, receivers of quit-rents, sheriffs, coroners, overseers of the poor, and constables; nor does it provide in any way for the important and innumerable trials that must take place among the citizens of the same state, nor for criminal offenses, breaches of the peace, nuisances, or other objects of the state courts; nor for licensing marriages, and public houses; nor for county roads, nor for any other roads other than the great post roads; nor for poor-houses; nor incorporating religious and political societies, towns and boroughs; nor for charity schools, administrations on estates; and many other matters . . .”

Another writing cited is a lengthy pamphlet titled Observations upon the Proposed Plan of Federal Government published April 2, 1788. In it, a “Native of Virginia” wrote the following:

“I will admit, that by this Constitution, the several States will be abridged of some of their powers; but of no more than are necessary to make a strong federal government. Sufficient still remains with the State Legislatures to preserve the quiet, liberty, and welfare, of their citizens. To them is left the whole domestic government of the States; they may still regulate the rules of property, the rights of persons, everything that relates to their internal police, and whatever effects neither foreign affairs nor the rights of the other States.” [Emphasis added]

“Even construed narrowly, these representations cast grave doubts on the constitutionality of many of the federal government’s current operations,” Natelson writes. “Extensive federal intervention in criminal law, for example, directly contradicts repeated Federalist assurances that, with few exceptions, criminal law would remain exclusively a state concern.”

Regarding these writings, Natelson concludes that “material of such interpretive force is entitled to far more attention than it has received.”

While these writings certainly warrants greater attention, it should be no surprise that they have been neglected by historians as well as constitutional “scholars” and, most of all, the federal judiciary.

They represent incontestable evidence that much of the federal government as it exists today is illegitimate and contrary to the document from which it derives its authority. Despite all the protests to the contrary, the worst fears of many anti-federalists have been realized.

The federal government today is a zombie version of the government described by supporters of the Constitution during ratification.