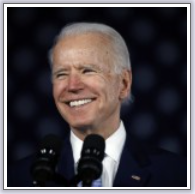 If I had time for another hobby, I’d be tempted to make it a study of what drives leftists to talk and act the way they do.  The millions of people who are at least semi-normal and semi-informed have great difficulty relating to the mind of a person of the radical left, in particular.

That’s why you often hear conservative media commentators ask naïve questions about something a radical leftist has said, like “Why would he do that?”  Their normalcy bias makes it difficult for them to understand that radical leftists do and say things for reasons that have nothing to do with reality.

Psychologically speaking, radical leftists are classic sociopaths, first and foremost because right and wrong are irrelevant to them.  Right is what they perceive to be in their own best interest at any given time.

Hand in hand with an inability to distinguish right from wrong is a lack of empathy, a Joe Biden trait that is on display daily — e.g., repeatedly looking at his watch at the funeral for the 13 Marines who died in the Afghanistan debacle he created, telling Americans suffering from Bidenflation that they don’t really have it that bad, and completely ignoring his number-one presidential duty, keeping Americans safe.

Closely related to a lack of empathy in sociopaths is the absence of repentance, even for the most egregious acts of cruelty.  This is why Biden refuses to unleash America’s fossil-fuel resources even as people are suffering from skyrocketing gas prices.  And to make matters worse, he insists on referring to the price increases as “Putin’s price hike” even though the price of gas was going up long before the start of the Russia-Ukraine conflict.

One of the key differences between sociopaths and psychopaths is that sociopaths have difficulty controlling their rage, whereas psychopaths tend to be controlled and charming.  Barack Obama is an excellent example of a psychopath, because when he lies, which is often, he does so with the pleasant aplomb of a saint.  Joe Biden, on the other hand, is totally incapable of controlling his emotions.

In case you wonder why Biden always seems to be angry, psychologists tell us that sociopaths have a habit of going on the attack if you refuse to comply with their wishes.  They won’t hesitate to make threats if that’s what it takes to get you to see things their way.  This trait is what brought us Biden’s threat-filled speech with the blood-red background and two Marines standing guard behind him.

But perhaps the most telltale trait of a sociopath is his penchant for telling trivial falsehoods that are so ridiculous they can make even the most devoted Democrat cringe.  In Biden’s case, of course, the obedient leftwing media calls it “storytelling,” because it has an innocent ring to it.

We’ve long been used to Joe’s unabashed retelling of whoppers like his academic achievements, such as earning three degrees and finishing in the top half of his law school class, the time he spent in jail in South Africa while on his way to visit Nelson Mandela, and, lest we forget, his standing toe to toe with the baddest of bad dudes, the ageless and ever-lovable Corn Pop.

The problem the sociopathic liar has is that he tends to run into himself coming around corners.  In Biden’s case, his latest collision came when he blurted out that a key reason why he ran for president was to get inflation down, which apparently means he wasn’t satisfied with Trump’s record-low inflation rate of 1.4 percent.  Quite an ambitious guy, to say the least.

He apparently forgot that he has repeatedly insisted that Charlottesville was the moment he knew he “had to run for president.”  This, notwithstanding the fact that everyone in the country had seen the video showing Trump specifically saying that he condemned neo-Nazis and white supremacists, which even Dem water-carrier Jake Tapper pointed out on national television.

And, of course, there’s Joe’s continued insistence that he never discussed his son’s business dealings with him, only to have a picture emerge of the two of them on a golf outing with a couple of Hunter’s business associates.  Embarrassingly, Tucker’s interview with Tony Bobulinksy put an exclamation point on the matter.

No question about it, Joe Biden is a sociopath extraordinaire whose serial lying has been an attempt to hide his years of failures from the world, and he has failed miserably even at that endeavor.  Perhaps French novelist Andre Malraux had the perfect epitaph for Joe when he wrote, “Man is not what he thinks he is, he is what he hides.”

Put another way, the emperor has no clothes.