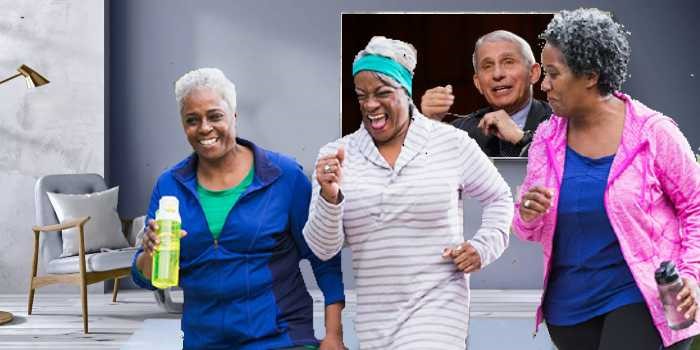 Results clearly show that COVID is a virus that impacts those who have been vaccinated more than those who are unvaccinated. It has become a pandemic of the vaccinated

After 31 excruciating months, Americans are ready to move on from COVID-19. Even President Joe Biden admitted that “the pandemic is over.”

According to a recent poll by Axios, 65% of Americans agree with Biden and see little to no risk in returning to their pre-COVID lifestyles and activities.

Despite constant warnings from Dr. Anthony Fauci, Chief Medical Adviser to President Biden, to get “boosted” and remain vigilant about the threat of the virus, most Americans have had enough.

65% of Americans support the removal of all remaining local, state and federal government COVID restrictions

Even though Fauci is a big mask proponent, the Axios poll found that 63% of Americans rarely or never wear a mask outside of their home. This percentage is more than double the amount, 27%, from earlier in the year, when the Omicron variant was surging throughout the country.

The best news from the Axios poll is that 65% of Americans support the removal of all remaining local, state and federal government COVID restrictions.

These results should be forwarded to Judge Charles Gilchrist of Harnett County in North Carolina. He is the only judge in the county courthouse to retain a mask mandate, even after North Carolina Democrat Governor Roy Cooper lifted it last year.

Last Monday, Judge Gilchrist jailed a prospective juror, Navy veteran Ryan Gregory Hahn, who refused to wear a mask in his courtroom. Hahn was summoned to court for jury duty, along with ninety-eight other citizens.

After telling the judge he would not wear a mask, Hahn was handcuffed, booked, and sent to jail without a bond. Judge Gilchrist ruled that Hahn was in “contempt of court” for refusing his mask order.

Hahn was jailed for 24 hours and was denied an opportunity to call his young child who was at home. As Hahn noted, the judge was “talking to me without a mask.” Ironically, he sent Hahn to a jail filled with inmates who have no mask requirement.

Hahn said that he was not aware of the mandate, it was not listed on the summons and there are no signs in the courthouse that masks are required in Judge Gilchrist’s courtroom.

This draconian judicial order left Hahn stunned and considering a lawsuit. He said, “I never thought this could happen in this country.” After spending 24 hours incarcerated, Hahn said it was “mind-boggling” that he was “jailed for doing my civic duty and not doing anything.”

Unfortunately, these kinds of constitutional erosion have been happening with regularity in recent years. Our liberty has been under constant assault ever since the pandemic began. From the unnecessary and counterproductive lockdowns to the unconstitutional mandates, authoritarians like Judge Gilchrist have been running amok.

The most famous cheerleader for the wide variety of COVID restrictions and mandates was Dr. Fauci. Not surprisingly, he claims he did nothing wrong and acted in a non-partisan way. In an interview on ABC News, Fauci laughably remarked that he “never ever veered one way or the other from an ideological standpoint, for somebody to say that I’m political, that’s completely crazy.”

Is it crazy to view Fauci, who tangled repeatedly with President Donald Trump and Republican elected officials like U.S. Senator Rand Paul (R-KY), as a Democratic Party supporter? While he clashed often with Trump, Fauci offered nothing but praise for President Biden, claiming that he took the pandemic “seriously from a public health perspective.” In contrast, Fauci said President Trump prioritized “the economy and reopening the country.”

These comments highlight Fauci’s partisan leanings. It is no surprise that Republicans have been frequently critical of Fauci, while Democrats have repeatedly praised him. He has been on the cover of numerous magazines and has given countless softball interviews. The worship from liberal reporters, commentators and even so-called comedians has been sickening.

In a recent episode of The Late Show on CBS, Fauci took a stroll with the host, Stephen Colbert, to a nearby pharmacy to get “boosted.” They did a comedy routine and then Colbert gave him an opportunity to demonize Ivermectin as a treatment for COVID and recommend boosters once again.

Fortunately, not all comedians are supportive of the official government response to COVID. Bill Maher, a proud liberal, admitted that the country “overreacted to COVID.” On his HBO program, Real Time, Maher claimed that the “collateral damage” from the response to COVID has been “bad.” He noted that “ACT scores are the lowest in 30 years, anxiety, and depression way up. The body mass index increased, doubled for kids 2-19. Drug overdose deaths, murders way up, inflation at a 40-year high, domestic violence increased.”

As Maher stated, while government officials touted the health reasons to pursue restrictions, mandates and lockdowns, the negative effects among the American people have been severe. This is truly a case in which the Roman poet Virgil has been proven true, “the remedy (cure) is worse than the disease.”

Walgreens provided another example this week. Among 38,818 COVID tests conducted in their 8.000 stores across the country last week, the group of Americans with the lowest positivity rate for the virus was the unvaccinated.

How can this be? President Biden and Dr. Fauci repeatedly claimed that COVID was a “pandemic of the unvaccinated.” They used this warning to scare people into taking the vaccine.

These results clearly show that COVID is a virus that impacts those who have been vaccinated more than those who are unvaccinated. It has become a pandemic of the vaccinated.