Oregon: The Left Turning Against the Left 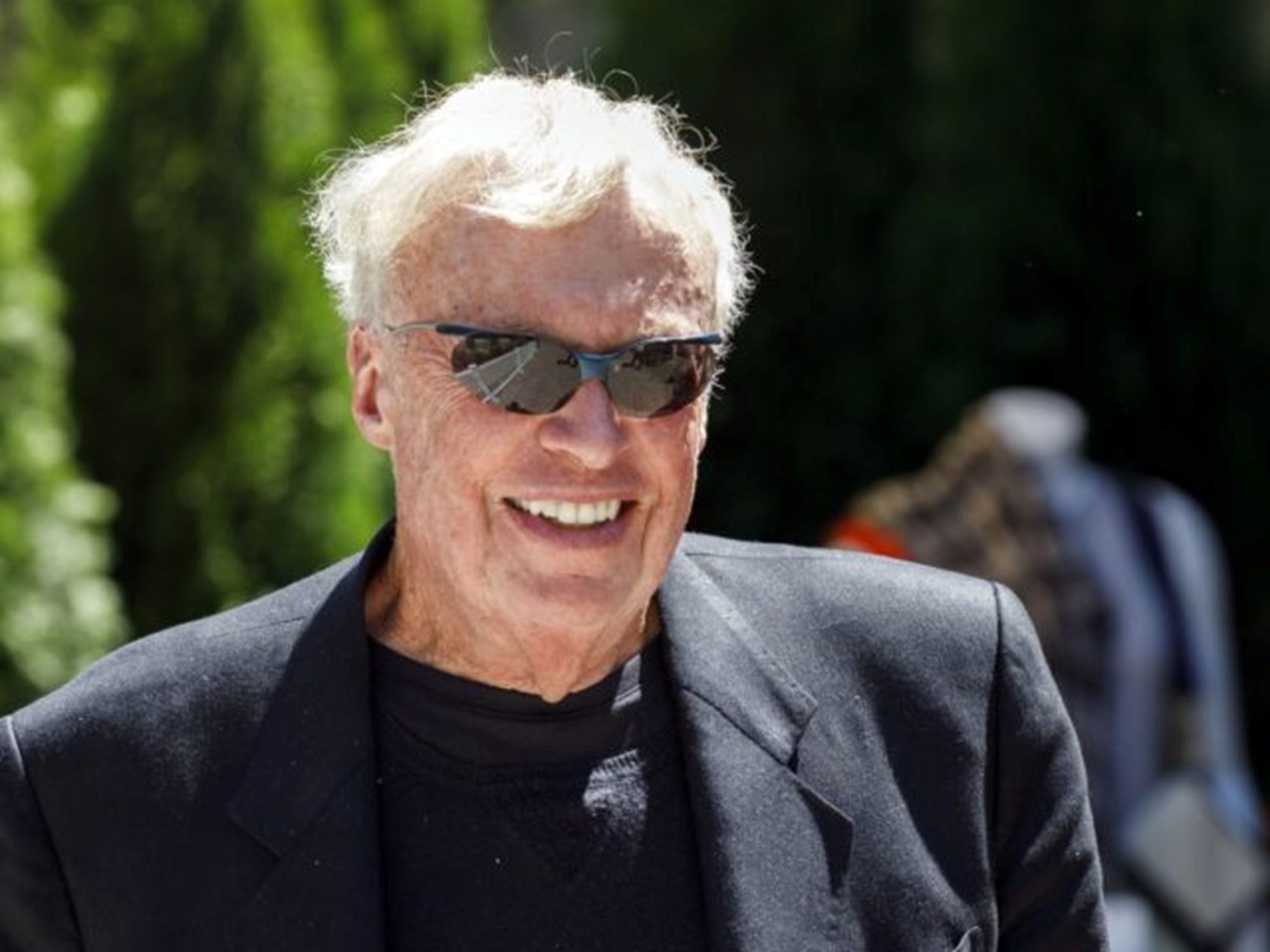 Oregon: The Left Turning Against the Left

With only weeks to go before the midterm election, Phil Knight, the billionaire co-founder of sportswear giant Nike, shocked Oregon and the country by donating $1 million to Republican gubernatorial candidate Christine Drazan.

He’s given nothing to Democrat candidate Tina Kotek.

That isn’t normal for Phil Knight. He never donates to Republicans—which underscores just how bad it has gotten in Oregon.

Knight told the New York Times he is not necessarily “for” the Republican, he’s simply “against” the Democrat.

Be informed, not misled.

The million-dollar donation to the Republican comes after Knight’s previous donation of more than $3 million to former Democrat Oregon Representative Betsy Johnson, who jumped into the race as an independent to run against Dem. Candidate Tina Kotek and Republican Drazan, according to KGW NBC.

According to the New York Times, Knight is willing to do anything to prevent the Democrats from staying in power in the Beaver State. And he’s one of them.

This, in all opinions, is the sad result of Oregon’s decline under decades of Leftist Democrat leadership.

Knight said, “One of the political cartoons after our legislative session had a person snorting cocaine out of a mountain of white. It said, ‘Which of these is illegal in Oregon?’ And the answer was the plastic straw.” 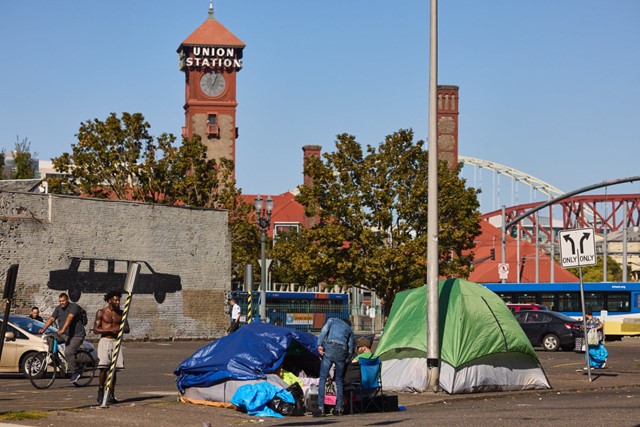 A poll reported by Oregon Public Broadcasting found that Oregon voters are very unhappy under current Democrat Gov. Kate Brown. The key finding is that more than 70 percent of respondents said that Oregon is “on the wrong track.”

Oregon has other troubles, too. According to KOIN TV, the Beaver State is the second-worst state for substance abuse and addiction. Even worse, it is at a rock bottom 50th in access to treatment.

Oregon also had some of the strictest COVID policies in the country and only removed its mask mandate on March 31, making it among the last states to do so, according to  KGW.

Nike, of course, was right in line with Oregon’s strict COVID policies and, in 2020, even closed all its stores nationwide over its hysterical fear of the coronavirus.

Nike is one of the most left-wing corporations in the U.S.A., so left-wing that it couldn’t even see its way clear to release a Betsy Ross flag-themed shoe it had planned because its partner, American anthem protester Colin Kaepernick, illogically equated the Betsy Ross flag with slavery.

On the other hand, while the company couldn’t bring itself to honor American history, it did put out a shoe commemorating the day Colin Kaepernick first took a knee during the national anthem.

Despite the company’s commitment to “social justice” and the poor and oppressed, Nike has also been mysteriously silent in the face of China’s genocide against its minority Uyghur population and its long, long list of other human rights abuses.

Indeed, Nike isn’t just remaining mum on China’s abuses, current company CEO John Donahoe has admitted that at the same time they stay quiet on China’s crimes, the red giant is “a very important market for us.”

“Meanwhile,” Breitbart says, “the communist regime has been excoriated for perpetrating abuses against its Uyghur people in the Xinjiang autonomous region, allegedly persecuting the Muslim minority with forced sterilization and slave labor.”

Continuing, they say, “Granted, Knight is no longer running Nike, having stepped down in 2016, but his company has been reliably left-wing for decades.”

However, for Knight to realize that the Democrats need to be kept out of power like his political donations this year show, says volumes about just how bad the Democrats have messed up this country. 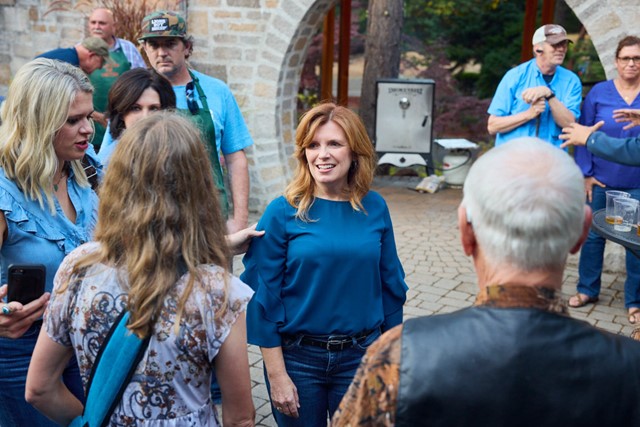 The New York Times goes to great lengths to explain why the Democrat former State House Speaker Kotek is not leading by a wide margin in the polls—as expected.

Then to be sure everyone understands that Drazan is really a conservative, the New York Times says this:

But she has also highlighted her conservative credentials. They include an “A” rating from the National Rifle Association; her opposition to abortion; and her proposal to create “a permanent task force on election integrity” in Oregon, which was the first state to install a universal vote-by-mail system.

Last month, at a Drazan campaign rally in central Oregon, one of the featured speakers was B.J. Soper, a prominent activist in a far-right group established by Ammon Bundy, who led an armed takeover of an Oregon wildlife refuge in 2016. Ms. Drazan’s campaign said this past week that it did not organize the event and that she did not know who Mr. Soper is.

Oregon approved money early this year to support women who travel to the state for abortions, a push that gained new urgency as states enacted strict abortion bans after the Supreme Court struck down Roe v. Wade. But Ms. Drazan characterized Oregon’s effort as “outside the mainstream.”

“If Democrats bring legislation to me that funds additional line-item issues, like ‘Let’s invite people in from other places to get abortions in Oregon with public funds,’ I will line-item veto that,” she said.

There’s a great deal of explaining going on.

“Were I not here, it would be a two-way race and then Christine would lose,” Ms. Johnson says.

Kotek’s supporters are already explaining away a possible Republican victory as a consequence of  Johnson’s candidacy and Phil Knight’s money.

Former  Democrat Rep. Curt Schrader says the state has marched substantially to the Left. And along the way, he says, there has been growing unease.

He was beaten in the Democrat primary by a far-left lesbian activist, who is running against a Republican businessman.

Mr. Knight, in the interview, said he had abandoned Ms. Johnson’s campaign because she could not “get enough undecided voters to make up the difference” with Ms. Kotek and Ms. Drazan.

Asked if serving as a financial benefactor for an anti-abortion politician ran counter to his company’s well-manicured image as a champion of social justice causes, he replied: “Nike has good leadership. They make choices, whatever they want, but I think I’m more conservative than Nike.” Mr. Knight is the chairman emeritus of Nike’s board but does not run the company day to day anymore.

Hopefully, there will be a shift in leadership, not only in Oregon but across the country.

Be Informed. Be Discerning. Be Vigilant. Be Engaged. Be Prayerful.