China’s Developing a Social Credit System for the World 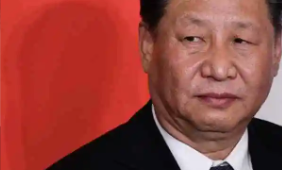 China’s Developing a Social Credit System for the World

China’s social credit system is a government program implemented nationwide to regulate its citizens’ behavior based on a point system. It’s coming to America if we don’t get a handle on the totalitarian impulses of our politicians.

ALL AREAS OF CIVIL LIFE ARE INCORPORATED INTO THE SYSTEM

Under the Chinese system, citizens are ranked in different areas of civil life using data collected from court documents, government or corporate records, and in some cases, citizen observers.

China’s social credit system was unveiled in 2014, and over the years, it has been compared to Black Mirrors Big Brother, but it is so much worse than that. It was already underway by 2014, having originated in 2007. It’s still being developed.

It will soon become the government system throughout China. Businesses will have a “unified social credit code” and citizens an identity number. All will be linked to a permanent record. People begin with a certain number of credits, but when they disobey, they lose credits. When they’re good, they earn credits.

There are deductions for bad behavior, like traffic violations, and points are added for good behavior, such as donating to charity. It’s an endless list.

A journalist writing about censorship Liu Hu was blacklisted. He found that he was put on a List of Dishonest Persons Subject to Enforcement by the Supreme People’s Court and “not qualified” to buy a plane ticket and banned from traveling some train lines, buying property, or taking out a loan.

“There was no file, no police warrant, no official advance notification. They just cut me off from the things I was once entitled to,” he told The Globe and Mail. “What’s really scary is there’s nothing you can do about it. You can report to no one. You are stuck in the middle of nowhere.”

THERE ARE APPS TO MAKE IT WORK

China has apps. One app tells you if you’re standing within 500 meters of someone who is in debt. It’s called the map of deadbeat debtors. The app is incorporated into the wide-ranging, intrusive social credit system. It’s already leading to punishments.

The deadbeat can be easily located, and all those people with the app can turn you in.

It aims to reinforce the idea that “keeping trust is glorious and breaking trust is disgraceful,” according to a 2014 government document.

It essentially judges a person’s trustworthiness using measures like their ability to pay off loans and their behavior on public transport. The system will be mandatory in 2020, the government said.

THE US COULD HAVE ONE SOON

That brings us to the World Economic Forum (WEF), which is in tight with China and Xi Jinping. They have a social credit system in the works, and our president is committed to the goals of the WEF. They are developing a system that looks like China’s and is beginning to take shape in the United States.

The WEFs see a system in which government merges with corporations and Big Tech for control. AI apps could control the food we eat, how much we travel, and where we travel and control our energy use.

The WEFs Fourth Industrial Revolution of ESG and AI will allow them to trace and track every human on earth. Elitist WEF members want to fuse the “physical, digital, and biological world.”

WEF, in addition to a digital identity scheme with intermediaries to determine your worth, also pushes the ESG system. It requires companies to develop social credits to be competitive on the stock market.

They have already introduced a system of using apps to check on your energy usage and are talking about using that to control how much you use. In Sweden, they developed an app to tell you how much carbon you’ve wasted on food.

When does this become mandatory?

Alibaba Holdings President J. Michael Evans said in June that the company is working on an app that could track an individual user’s carbon footprint. The former-Goldman Sachs vice-chairman told the audience of the “Strategic Outlook: Responsible Consumption” panel:

Six of the nation’s largest banks have agreed to participate.

What is happening is the Federal Reserve is centralizing the financial sector. All other pillars of society will necessarily fall into place. This will affect every area of our lives.

All investments will pass through the approval process set up by the Green Elites.

This isn’t about the climate. Climate change is the excuse for the technocratic movement toward a financial dictatorship. It will kill the free market, and Stakeholder Capitalism will take over. Stakeholder Capitalism allows all the money and power to rest in the hands of a small number of elites like BlackRock, Vanguard, and State Street.

There is much more, but it’s becoming clearer that the World could come under a totalitarian umbrella with a social credit system controlling our lives.