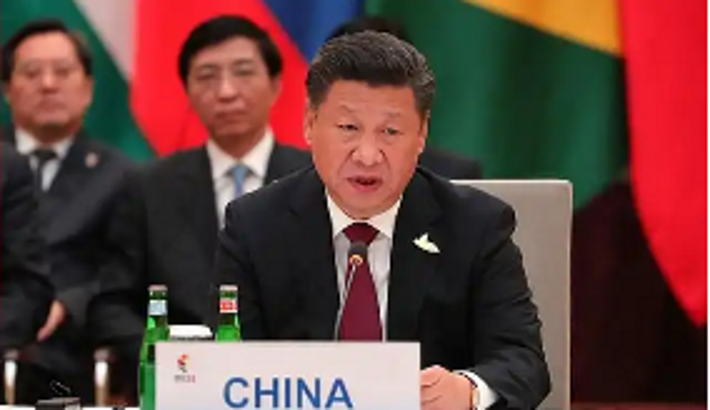 Xi Jinping, the 70-year-old dictator of China, has spent a decade building his power. On Sunday, a Communist Party congress in Beijing will grant the Chinese president and party general secretary an unprecedented third five-year term in office despite a slowing economy and mounting domestic unrest over his zero-COVID health restrictions.

As Xi gains more and more power with his Maoist policies, his economy is contracting. He’s using power alone to bring China into a more restrictive communist rule.

On Sunday, Xi will become president and have two new and more important titles. He will be the CCP general secretary and the chairman of the Central Military Commission, The Washington Times reports.

Mr. Xi is facing many problems, especially due to his Zero COVID policies. It doesn’t seem to matter that he caused the problems. He has purged anyone who will criticize him.

According to SinoInsider, Xi wants more power and has built authority and prestige on ten years of propaganda. He might assume the post of party chairman, last held by Mao. It would end the collective leadership their predecessor Deng Xiaoping set up to prevent Mao-type abuses.

Xi purged his rivals as he became an economic, military, and ideological challenger to the U.S.

The purge ousted hundreds of people, including some of the ruling Communist Party’s most senior officials and generals of the People’s Liberation Army. More than 170 minister- or vice minister-level officials were caught in the purge, carried out under the guise of battling endemic corruption.

Does it sound familiar? It should. Democrats claim they are purging endemic racism as they purge Republicans from the seat of power, jobs, colleges, entertainment, media, and the public square.

The world faces a growing danger as Mr. Xi builds on entente with Russia and Biden pushes Russia closer to China. Russia and China signed a “no limits” contract. Biden has also made the Russia-Iran alliance closer. He is letting Iran get the bomb and refuses to protect anyone from North Korea’s.

A key ideology of Mr. Xi’s tenure in office since 2013 is an aggressive campaign to promote Chinese communism domestically and through the trillion-dollar rail infrastructure Belt and Road plan in the developing world.

The political campaign is based on the Chinese Communist Party’s political doctrine, “Xi Jinping Thought on Socialism With Chinese Characteristics for a New Era.” The ideology was made part of the Chinese Constitution in 2018. that was the same year Mr. Xi abolished term limits on his rule, opening the way for him to hold power indefinitely. Mr. Xi’s predecessors observed informal two-term limits on power.

The new ideology outlines a program for consolidating and strengthening the nation, the Communist Party, and the power of Mr. Xi.

He has his challenges. China’s economy is sinking under his neo-Maoist policies, the real estate market is in a bubble, and the currency is devaluating.

China helped turn a regional epidemic into a world pandemic.

Xi called for heightened CCP unity, purged challengers, and called himself the “helmsman,” a title from Mao’s era.

Xi has dreams of world dominance. It is why he is collecting the world’s DNA. It can be used to develop bioweapons against certain ethnic groups.

Mr. Xi is married to his second wife, a People’s Liberation Army singer, Peng Liyuan. His only daughter, Xi Mingze, reportedly lives in the United States.

Mr. Xi’s residence in China is also said to be a state secret.  He grew up in relative luxury until his father, Mao’s aide, Xi Zhongxun, was purged. After six years of manual labor, he began his path to power. It was during the Mao cultural revolution.

The Cultural Revolution aimed to root out party officials deemed “rightist” but nearly destroyed the nation.

From 1966 until Mao died in 1976, Red Guard zealots were unleashed nationwide against both party and non-party Chinese. They tore down established institutions and punished party officials, academics, and others for lacking sufficient revolutionary zeal and devotion to Communist Party rule.

The official death toll from the Cultural Revolution remains a state secret, but it killed several million people and inflicted cruel treatment on hundreds of millions of people.

By 1976, the country was on the brink of economic collapse. Reform followed, and they developed capitalist-like economic policies. The communist ideological worldview remained.

Deng’s ‘hide and bide’ strategy was adopted until Marxist-Leninist Xi came to power. He embraces Maoism.

Mr. Xi joined the CCP in 1976, the same year he studied at Tsinghua University. He wrote a thesis on “scientific socialism,” a euphemism for communism. Upon graduation in 1979, he went to Beijing to work for Geng Biao, a vice premier, and defense minister. He held several regional party positions until his appointment in 1999 as acting governor of Fujian province on the coast opposite Taiwan.

In early 2007, Mr. Xi broke into the leadership elite after the party boss in Shanghai, Chen Liangyu, was sacked for corruption. Mr. Xi was named the replacement and, by October 2007, joined the all-powerful, nine-member Politburo Standing Committee, the ultimate seat of power in China.

His fortunes continued to rise in 2008 with his appointment as vice president. By 2010, Mr. Xi achieved substantial political power by becoming one of three vice chairmen of the Central Military Commission. The CMC is the part of the CCP structure best fitting Mao’s dictum asserting that “political power grows from the barrel of a gun.”

One of his first actions in power was purging two generals who shared the CMC vice chairman’s post.

Mr. Xi selected a generation of PLA officers loyal to him as he systematically consolidated power.

It sounds like the US, where Democrats open borders, purge the military, control the media, and build a bizarre educational system to establish a generation of Leftists who will be loyal to them.

Some of China’s best-known business magnates were imprisoned simply for criticizing Mr. Xi’s policies. One leader of the conglomerate HNA, Wang Jian, died mysteriously in a fall while visiting France. Jack Ma, founder of the financial firm Ant Group and the e-commerce company Alibaba, disappeared from public view for months during the crackdown.

Mr. Xi’s political message was clear: Those following the capitalist road operate outside official ideology and must toe the political line or face retribution.

The Chinese president has overseen what U.S. military leaders call the largest buildup of arms and forces by any nation since the Cold War.

China’s military under Mr. Xi has directly challenged the United States, Japan, and other nations with creeping territorial expansionism in the South China Sea, in the East China Sea, and toward Taiwan. If necessary, Mr. Xi has targeted the island democracy for a takeover — using force.

Mr. Xi has carried out his policies under the “Chinese dream,” a nationalist play on the idea of the American dream, to make China the world’s leading superpower under the Communist Party’s ideology.

Bernard Cadogan, a Britain-based former adviser to the New Zealand government who has studied Chinese affairs closely, said Mr. Xi is a “Stalinist, but he is not Stalin.”

“Xi is not in his league,” Mr. Cadogan said. “Xi emphasizes very traditional nationalist cultural practices and values. So did Stalin. If you turned on Radio Moscow in 1950, you would have heard a lot of folk music. Xi is into this, too.”

The difference is Stalin was riding the momentum of the Bolshevik Revolution, and the intelligentsia were in a modernist ferment, he said.

“Xi’s revolution happened a long time ago,” he said. “The original revolutionaries are dead, and Xi is fearful of new trends.”

To us, it looks like Xi’s doing quite well and is Stalin.