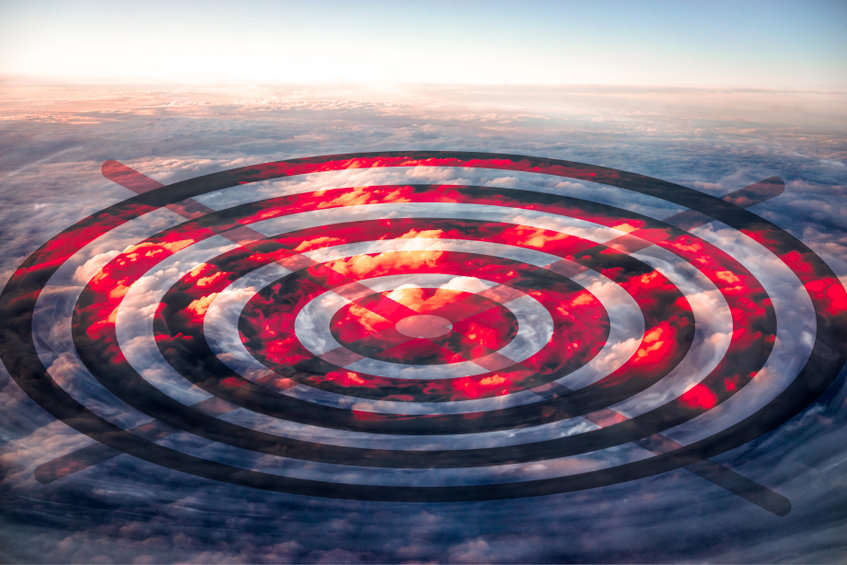 Hurricane Ian is in the history books, having unleashed its Category 4 fury on southwestern Florida. Even as the area slowly digs out and rebuilds, the devastation and tragedies will linger in reality and memories.

Ian was the latest of 123 hurricanes to hit the Sunshine State since official recordkeeping began in 1851. But not surprisingly, some wasted no time trying to link Ian to the most dominant issue of our time.

Ian should have “finally ended” the debate about “whether there’s climate change,” President Biden stated, as he assessed damage along Florida’s Gulf Coast with Governor and First Lady DeSantis.

The newest fear-mongering is slightly more sophisticated. Now hurricanes are gaining strength more rapidly, because of fossil fuels. The phenomenon even has a fancy name: “rapid intensification.”

This clever claim cannot be proven or disproven, because we didn’t have technologies to measure how rapidly certain storms intensified even a few decades ago. But for climate-obsessed White House and Deep State officials, news and social media campaigners, and academic and corporate grant seekers, it’s another incontrovertible truth.

It certainly enhances climate propaganda efforts and advances anti-fossil-fuel, pro-wind-and-solar agendas. But are “rapid intensification” and these other assertions supported by actual evidence?

The National Oceanic and Atmospheric Administration (NOAA) provides an extensive, handy resource: the complete record of all hurricanes that struck the continental United States (made landfall), 1851-2021. It offers fascinating insights, reveals surprising short term and recurrent cycles, but does not provide data to support claims of any recent trends, such as more frequent and intense, or stronger, slower and wetter.

Among its revelations is the sheer number of hurricanes – hundreds of them, many of which struck multiple states before dissipating, returning to pound other unlucky states, or heading back out to sea to maul Caribbean or Atlantic islands. Florida appears to have been hit more often than any other state.

Also surprising is the number of times New York and other Upper Atlantic States got pummeled. “Superstorm” Sandy (2012) was barely a Category 1, but NY State and City have been pounded and inundated by hurricanes as far back as 1869, including two Category 3s, in 1954 and 1985.

Another northernmost cyclone, Fiona (barely a Category 2 when it hit Nova Scotia this September 24), was quickly branded Canada’s “strongest and costliest cyclone on record.” It may have been costly – for the same reason today’s US hurricanes are: extensive, expensive development along coastlines. But the powerful 1775 Newfoundland hurricane caused storm surges up to 30 feet high and killed over 4,000 people; it’s still Canada’s deadliest natural disaster.

Returning to the southernmost USA, Florida was absolutely slammed by five Category 4, two Cat 3, one Cat 2 and four Cat 1 hurricanes in just six years. Thankfully, it was October 1944 through October 1950, before coastal development took off. But the loss of life was still horrific.

Imagine those twelve hurricanes punishing the state’s Gulf and Atlantic coasts today. It could happen.

Florida got bludgeoned again more recently – with one Category 2, one Category 4 and six Category 3 hurricanes hitting it in just 15 months: August 2004-October 2005. Some would call that an upward trend (doubtless due to global warming). However, not a single hurricane of any magnitude hit Florida during the following eleven years. (Was that significant downward trend also due to manmade climate change? Or must we employ liberal double standards again?)

Equally amazing, the USA didn’t experience a single Category 5 hurricane until 1935. The next three struck in 1969, 1992 and 2018. All but Camille hammered Florida. Either these monsters truly didn’t exist before 1935, or we just couldn’t measure winds speeds above 156 mph until the 1930s.

The NOAA records reveal, and experts like Roger Pielke, Jr. can find, no upward trend in hurricane frequency or intensity. There are cycles of multiple monstrous storms, interspersed with stretches of few or no major hurricanes, or any hurricanes at all. But no discernable trends. (The strength of the epic Nueva

But because of hyper-hyped hurricanes and other climate crisis fables, we’re supposed to abandon the fossil fuels that are 80% of the energy the United States and world require to sustain our factories, homes, hospitals and living standards; that give us affordable food, strong houses, early warning systems, and vehicles with enough fuel to get us out of harm’s way and rescue people trapped by flood waters.

Michael Bloomberg is now funding an $85 million campaign to end petrochemical manufacturing in the United States! That would force us to do without or import feed stocks for nitrogen fertilizers, makeup, paints, pharmaceuticals, synthetic fiber clothing, and plastics for toys, cars, boats, medical devices, packaging, solar panels – and wind turbine blades and nacelles. Even the frames on the Glock and Springfield pistols that Bloomberg’s private security guards carry are derived from petrochemicals.

(Bloomberg also thinks you just drop seeds in the ground, add water, they grow and you eat.)

As to that fossil-fuel-free utopia – how many thousands of wind turbines, millions of solar panels and millions of backup battery modules would Florida alone need to power its economy? How many of them would have survived Ian’s, Andrew’s or Michael’s ferocious winds, floods and storm surges? How many years would it take to replace them afterward?

How many EV and backup batteries will spontaneously ignite when they’re immersed in floodwaters, causing unprecedented problems for firefighters?

We can build gas turbines and nuclear power plants to withstand these natural furies – and we wouldn’t need many of them. How do we fortify sprawling “renewable, sustainable” energy systems?

So while you’re filling your gas tank, looking at your grocery bill and reflecting on what’s left of your retirement savings, you may want to listen less to Joe Biden and John Kerry – and more to real experts like Joe D’Aleo, Joe Bastardi, Stanley Goldenberg, Roger Pielke, Jr. – and the Miami National Hurricane Center’s Jamie Rhome, whom Don Lemon tried to browbeat into linking climate change to Ian.

The Biden White House and UN Intergovernmental Politicized Climate Cabal (IPCC) cannot abide that. They mean to monopolize the conversation, impose their climate and energy agenda, and silence anyone who challenges them.

The White House even has an Office of the National Climate Advisor, which works hand-in-glove with Big Tech and news organizations to censor, deplatform and demonetize inconvenient facts about climate models, actual global temperatures, hurricane and climate change reality, fossil fuel benefits, and the massive land areas, raw materials and mining required for wind, solar and battery power. Anything that differs from its narrative is “denial” and “disinformation.”

At stake are our freedoms and living standards, our access to reliable, affordable energy, and the looming specter of life in a totalitarian state of constant deprivation. Remember that in November.