Arrogance of the Ignorant 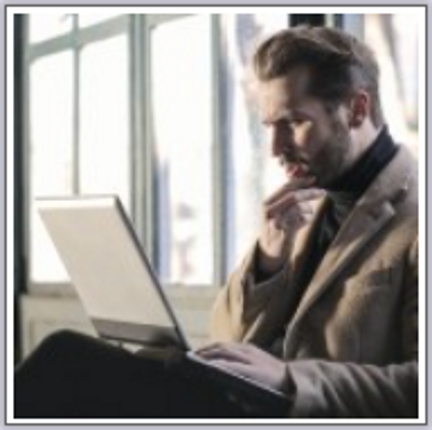 Arrogance of the Ignorant

It has always amazed me how arrogant and self-assured so many people are, notwithstanding the collective helplessness of human beings in the face of natural disasters, incurable diseases, violent crime, and more.  Catastrophic events like tornadoes, hurricanes, and earthquakes are grim reminders of just how ephemeral humankind is.

I recall an acquaintance of mine (“Wally”), who was a real estate developer, once telling me he had no fear of flying because he believed that if he were ever on an airplane that crashed, he would survive even if everyone else on board was killed.  Even though I had always known him to be an extraordinarily confident person, I wondered how he could actually believe he would survive a fatal plane crash.  After briefly discussing it with him, however, I became convinced that he really believed it.

Unfortunately, some years later Wally was forced into bankruptcy, which was a devastating experience for him.  Shortly after that, his wife filed for divorce.  I lost track of Wally over the years until one day I read in the local newspaper that he had committed suicide.  I had known him going all the way back to elementary school, so the news jolted me.  It was sobering to think about how he was once on top of the world, only to end up losing everything — including his life.

I’ve always found things like this to be very humbling, because they are stark reminders of just how quickly a person’s life can change for the worse.  Anyone who has ever lost a child, a spouse, a business, or their own health knows the feeling of helplessness that comes along with it.

Nevertheless, humanism abounds among a large percentage of the population.  At its extreme, humanism rejects the idea that there is a deity and believes that only human beings can determine earthly outcomes.  It’s true that a human being can do many things to improve his chances of being healthy, financially successful, and happy, but as noted above he cannot prevent a natural disaster, incurable disease, or another person’s commission of a crime.

Hurricane Ian is yet another reminder of this.  Our technological advances have given us the capability to accurately forecast when a hurricane will strike, where it will come ashore, how severe it will be, and so on.  But it has not given us the ability to prevent or stop a hurricane in its tracks.  Mentally well people realize this and plan their lives accordingly.

Congressional clown Amy Klobuchar apparently is not a mentally well person, given that she urged people, in the midst of the suffering of millions of Floridians, to vote for Democrats if they wanted to put a stop to hurricanes.  Putting aside the fact that most everything government touches turns to fertilizer, the idea that hurricanes can be stopped by changing the climate takes an incredible amount of hubris and/or stupidity.

Fortunately, and contrary to the claims of climate-change religionists, the climate has not gotten worse over the past one-hundred years, it has gotten significantly better.  This is a big problem for professional grifters like Al Gore and John Kerry who have been milking the climate-change hoax for millions of dollars over the past couple of decades.

Climate-change con artists prefer diversionary tactics (e.g., “It’s settled science!”) to factual arguments, because their claims and predictions have repeatedly been proven wrong.  For example, according to Al Gore, Artic polar bears should be extinct by now.  Yet, notwithstanding his predictions of doom for these furry killers over the years, their numbers have actually increased — from roughly 10,000 in 1950 to about 40,000 today.

That, of course, does not bother Gore in the least.  Like all climate-change promoters, he simply ignores his wrong predictions and keeps right on predicting.  That’s how global cooling conveniently got morphed into global warming and global warming conveniently got morphed into “climate change.”  The big-money hoaxers have to keep changing their arguments and definitions lest the low-information true believers in their ranks abandon them.

If you’re wondering how true believers with a total lack of knowledge can be so confident that they’re right, the answer I believe lies in a phenomenon known as the Dunning-Kruger effect.  Oversimplified, the Dunning-Kruger effect says that incompetent people often suffer from delusions of superiority that result in their vastly overrating their own knowledge and abilities.

Furthermore, it is the very fact that these people have such a low level of knowledge that they lack the self-awareness to accurately assess their lack of knowledge.  Put simply, they do not have enough knowledge to know what they do not know.

Thus, arrogance and ignorance go hand in hand, from whence comes the phrase “arrogance of the ignorant.”  And in case you’re wondering, yes, many of the people who run our country and force life-and-death decisions on you and me every day fall neatly into this category.  Not exactly a reassuring thought.