All Over the World, Conservatives Waking Up to Threat of New Marxists 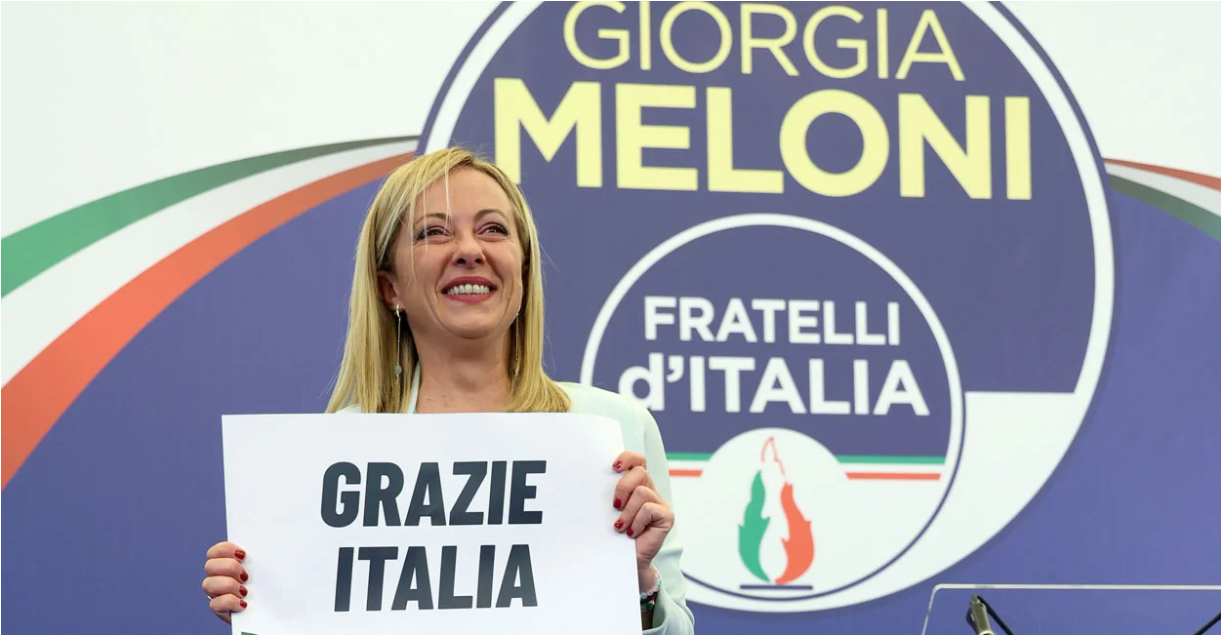 All Over the World, Conservatives Waking Up to Threat of New Marxists

TALLINN, Estonia—Conservatives seldom have been great at forging international coalitions. But that is changing rapidly. A common enemy always does that.

Failure to form global networking is a bit of an occupational hazard for conservatism, inherently a nation-oriented, inward-looking endeavor.

Yet members of more than 50 conservative groups met last week here in Tallinn, Estonia, to discuss how to pool resources, compare notes, share best practices, and hone skills for an emergent and consequential battle of ideas with Marxist opponents.

A week earlier, in Miami, the international contingent was strong at, of all things, the third conference of the national conservatism movement.

The stunning electoral victory Sunday in Italy of a conservative coalition led by Giorgia Meloni, a politician who understands these challenges thoroughly, bodes well for the entire enterprise.

The nature of the foe is making such coalition building possible. We all find ourselves facing a new type of Marxist who, in his endeavor to dismantle existing societies, attacks them at their different vulnerable points.

In the United States, white-black relations remain our most festering gash, so the new Marxists prick incessantly at this wound. In Latin America, it’s relations between descendants of European whites and those of indigenous people, so “indigenism” is the thing there.

In countries without a large mix of races, the Marxists rely on gender theory to smash society. Because all societies have two sexes, they also use gender theory in the U.S., Mexico, Estonia, etc.

And of course, everywhere, too, activists push extreme environmentalism on corporations through so-called environmental, social, and governance diktats, or ESG. Most of these take the form of boycotting fossil fuels, thereby grinding capitalism to a screeching halt.

But despite these divergent opportunistic tactics that prick at the different pressure points of each society, the ideology conservatives confront is the same collectivism that wants to destroy society, institute despotism, censor speech, and impose an anti-human, utopic egalitarianism.

They came from nations as far away as Japan, Iceland, Mexico, Italy, the United States, Georgia, and many, many others. They were brought together by the Brussels-based think tank New Direction, established in 2010 under the patronage of Baroness Thatcher.

The Croatian member of parliament Stephen Nikola Bartulica put his finger on what is at the heart of the different tactics when he observed the irony that “people who have grown up in the most privileged societies in history are being taught to hate their countries.”

There were solutions offered, too.

“Go back to teaching the basics—history, geography, philosophy, mathematics,” said the Spanish academic Rodrigo Ballester. The American Latin-American expert Joseph Humire gave a presentation on how foreign-based actors, many based in Caracas, are destabilizing Latin American countries and getting Marxists elected president.

Conservatives were able to form global coalitions during the Cold War, a heroic battle that people around the world waged against a totalitarian, dehumanizing ideology. They were then able to put aside their differences and concentrate their intellectual firepower on this threat. They had to. It was, to employ that overused word once again, existential.

Our moment is analogous. Today we face Marxists again, but they come in a different shape. They are no longer being manipulated by the Kremlin but are inside our borders. They are not Soviets, they are compatriots.

So the tactics will have to differ somewhat. But make no mistake, we have to take the threat very seriously—and conservatives are finally starting to do so.

The new Marxists, like Marx himself and every Marxist since, lust for revolution and for razing all that exists. They believe that they can change human nature. They equally hate private property, the family, God, and the nation-state.

Their plan today may not be to wage war through armed revolution, because that has a poor record of ever working (though as we saw in 2020 with Black Lives Matter, whose architects were trained by these new Marxists, that violence and intimidation will also be part of the mix). And these new Marxists also no longer believe that economics determines everything about human behavior.

Instead, they want to put in the hard work of indoctrinating the population first, or at least a significant segment of it. Their new approach has earned them the name of “cultural Marxists,” or often, in the American slang, woke.

But, all over the world, conservatives are finally starting to wake up to the threat. About time.

Mike Gonzalez, a senior fellow at The Heritage Foundation, is a widely experienced international correspondent, commentator, and editor who has reported from Asia, Europe, and Latin America. He served in the George W. Bush administration, first at the Securities and Exchange Commission and then at the State Department, and is the author of the book “BLM: The Making of a New Marxist Revolution.” Read his research.