America at the Crossroads

“The Great Reset” from a Biblical Perspective 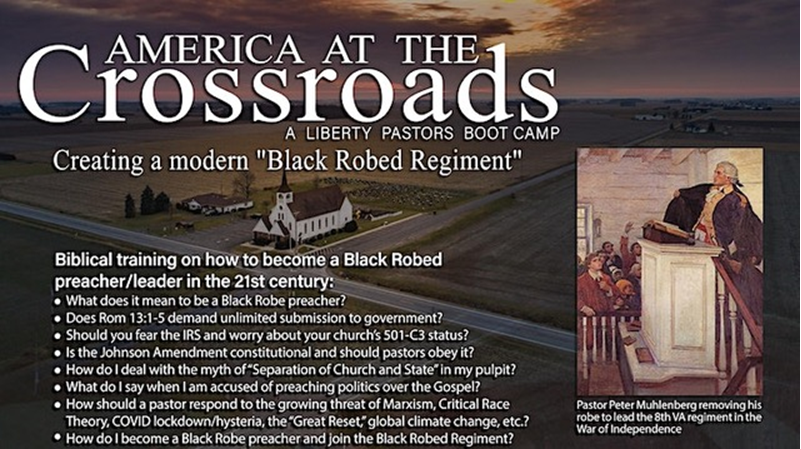 For this registration fee per pastor & wife couple/per room, you can enjoy 4 days and 3 nights at the beautiful The Coeur d’Alene Golf & Spa Resort, 6 meals & tuition for 4 days of continuing education! See ticket options below. (An option for pastor and non-pastor is available.)

Enjoy 4 days of R & R, fellowship with other pastors/leaders and be equipped to engage on cultural issues of the day aimed at destroying the Church and the family!

Pastors, God has placed us here for such a time as this!

America is in peril! People are gripped with fear, yet where is the Prophetic voice of Almighty God?

As Hosea said, “My people are destroyed for lack of knowledge!”

Did you ever wonder what it would be like in the terminal generation of the Church that would be alive when the Lord Jesus returns for His own? We may be that generation!

Pastor, are you living in fear or are you prepared to lead and protect your flock as you boldly engage the culture with the Truth of Jesus Christ?

Paul Blair is a former NFL football player who was called into ministry in 2001. Paul Blair has served as the Senior Pastor of Fairview Baptist Church in Edmond since 2001. Blair is also the founder and President of Reclaiming Oklahoma for Christ, President of Reclaiming America for Christ and founder Liberty Pastors Training. Paul is a national speaker on America’s Christian Heritage and God’s design and intent for Civil Govt.

Dan Fisher is a 41-year vocational pastor & founder of the Bringing Back the Black Robed Ministry. Dan served two terms in the Oklahoma Legislature before running for Governor of OK in 2018. In addition to co-pastoring Fairview Baptist Church with Paul Blair in Edmond, OK, Dan also travels the country presenting his one-man, Broadway style presentation that brings to life the story of the Patriot Preachers of the War of Independence – men the British called the “Black Regiment.” Dan’s vision and prayer is that the American church, pastors/church leaders in particular, will regain the “spirit” of the original Black Regiment and again actively engage in the defense of truth and liberty. Dan is convinced that if the American pulpit does not re-engage, our Republic will most likely collapse and our liberty will be lost.

Dr. Rick Scarborough Dr. Scarborough is a pastor, author, public speaker, and Christian activist. He has mobilized pastors for more than 30 years, impacting communities across the nation. He holds a Bachelor of Arts degree from Houston Baptist University, a Master of Divinity degree from Southwestern Baptist Theological Seminary, and a Doctor of Ministry degree from Louisiana Baptist Theological Seminary. In addition to founding and serving as President of Recover America, Dr. Scarborough is also the founder of Recover America Action, Vision America, and Vision America Action.

Dr. Lee Merritt served 9 years as a Navy surgeon, was appointed as the Louis A. Goldstein Fellow of Spinal Surgery, is a former president of the Assc. of American Physicians & Surgeons, served on the Board of the Arizona Medical Assn., and is an active member of America’s Frontline Doctors.

Alex Newman is an award-winning international journalist, educator, author, and consultant. Alex has written for a wide array of publications in the United States and abroad. He currently serves as a contributor to The Epoch Times, WND (World Net Daily), FreedomProject Media, The New American magazine, the Law Enforcement Intelligence Brief, and more.

Hon. Bob McEwen is Senior Advisor with the nationally recognized law firm of Greenebaum, Doll & McDonald. An Ohio native, Bob McEwen represented Ohio in the United States House of Representatives for six terms. Prior to his Congressional service, he operated a successful Ohio Real Estate and Development firm as well as serving three terms in the Ohio General Assembly as the Senior Republican on the Financial Institutions and Insurance Committee. Rep. McEwen served as Chairman of the Environmental Affairs task force of the United States delegation to the European Parliament. McEwen was selected by the Democratic leadership of the U.S. Congress as the chief spokesman for the United States in discussions with European Green Party and other Environmental Organizations.

Dran Reese is Founder and President of the 501(c)(3) non-profit ministry: The Salt & Light Council™ and initiatives, The Content of Character Series™, Judeo-Christian Caucus™ and Biblical Voter™. The Salt & Light Council offers tools, training and ongoing backend legal support for churches, community groups and missionaries ready to become salt and light advocates in the government, media and education mountains. Dran speaks nationally on Biblical Citizenship our role and responsibility.

Stephen Broden founded the Fair Park Bible Fellowship Church in 1987 and serves as its Senior Pastor. He has served as President of the Fair Park Friendship Center for over 18 years and as its Executive Director for over 11 years. Broden has been a recurring political commentator on Fox News Channel, including appearances on the Glenn Beck show. He was awarded “Champion of the Republican Party” by the NRCC Business Advisory Council Texas and has also received the Ronald Reagan Gold Medal Award. From 1999 to 2002 he served as Republican Precinct Chairman in DeSoto, Texas.