The Doctrine of the Lesser Magistrates 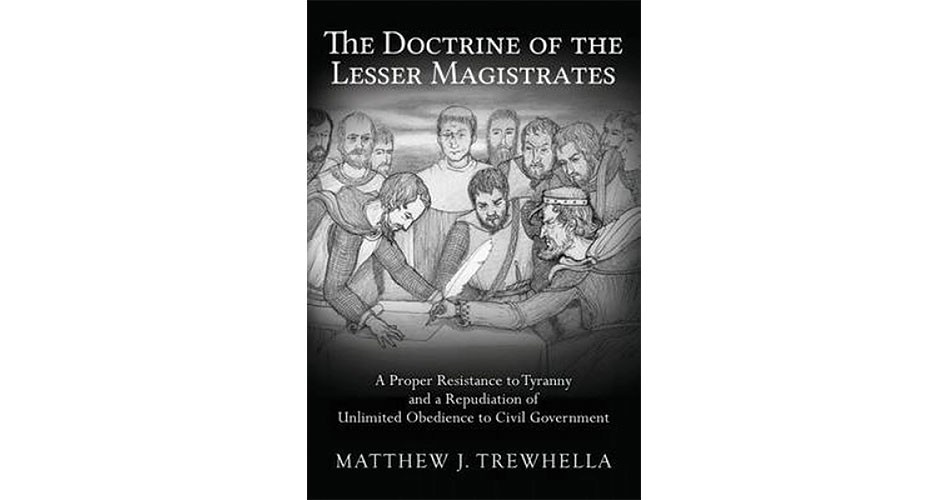 The Doctrine of the Lesser Magistrates

Because Americans by and large believe in the rule of law, citizens and local government officials usually do what they’re told by higher authorities. But what if they shouldn’t?

The cover illustration of Matthew Trewhella’s book gives a hint as to the author’s thesis. The cover sketch by Nicole Charpentier portrays the signing of the Magna Carta at Runnymede in 1215 A.D., when English nobles interposed against the tyranny of King John.

Given the theme of the book and the life that Matthew Trewhella now leads, his early personal history comes as a bit out of a surprise. He was born in 1960 and grew up in Detroit. Unfortunately, his parents divorced at a young age. The young Trewhella lived a life of crime, which included being part of a gang. In 1978, he made a radical decision that transformed his life: He committed himself to Jesus Christ. He married Clara Tolnai in 1981, and they have 11 children and 10 grandchildren. Trewhella has been the pastor of Mercy Seat Christian Church since 1988. He is the founder of Missionaries to the Preborn, a pro-life group located in Milwaukee, Wisconsin, where he and his wife reside. Trewhella’s activism on behalf of the preborn is what first got him interested in governmental matters. He served 14 months in jail for interposing at the doors of abortion clinics. Trewhella preaches regularly, writes articles, and gives presentations to interested groups. Believing that Christianity should impact every area of life, he has created a website devoted to the book’s topic: http://lessermagistrate.com.

In the book’s Introduction, Trewhella describes the three “boxes” that the Founding Fathers established in order to preserve liberty and resist tyranny: the ballot box (to remove unjust rulers through the vote), the jury box (not only judge to the facts of a case, but also to judge the law itself and determine whether it is being misapplied or is unjust or immoral), and the cartridge box (to allow an armed citizenry not only to repel a foreign invader, but also to act against tyranny from our own government). However, those are not the only tools that the Founding Fathers gave us, and that brings us to the theme and purpose of Trewhella’s book: the description and application of the doctrine of the lesser magistrates, which he asserts is rooted in Scripture and is found throughout human history. Trewhella assumes that the reader has lived long enough to observe the malignant growth of an overbearing federal government and is ready to move on to the next step: “[This book] places within the hands of those concerned about our nation, a blueprint and means by which a stand can be made against a Federal government that has trampled our Constitution, assaults our person, liberty, and property, and impugns the law of God.” Because the book looks to an audience of Christians who care about our country’s path, the author first works to convince them that it is their duty to set things right.

The doctrine under consideration is defined in Chapter 1: “The lesser magistrate doctrine declares that when the superior or higher civil authority makes unjust/immoral laws or decrees, the lesser or lower ranking civil authority has both a right and duty to refuse obedience to that superior authority. If necessary, the lower authorities even have the right and obligation to actively resist the superior authority.” In that chapter, Trewhella also mentions a number of historical examples spanning a period of at least two millennia and points out that the Bible teaches the principle that “when the State commands that which God forbids or forbids that which God commands, men have a duty to obey God rather than man.”

That assertion would seem to contradict Romans 13 (reportedly Adolf Hitler’s favorite Bible passage, by the way) and, as the title of the book implies, Trewhella takes the matter head on in Appendix A. The particular verses most often cited are the following (from the New Living Translation, verses 1-5):

“Everyone must submit to governing authorities. For all authority comes from God, and those in positions of authority have been placed there by God. So anyone who rebels against authority is rebelling against what God has instituted, and they will be punished. For the authorities do not strike fear in people who are doing right, but in those who are doing wrong. Would you like to live without fear of the authorities? Do what is right, and they will honor you. The authorities are God’s servants, sent for your good. But if you are doing wrong, of course you should be afraid, for they have the power to punish you. They are God’s servants, sent for the very purpose of punishing those who do what is wrong. So you must submit to them, not only to avoid punishment, but also to keep a clear conscience.”

The first proof that Trewhella offers to repudiate the so-called “divine right of kings” is to point out that there is no scripture anywhere in the Bible demanding unlimited obedience to the civil authorities, and that those who support unlimited obedience are simply imposing that idea upon the text.

The second proof that Trewhella offers is that good hermeneutics (the study of the methodological principles of interpretation) requires that we not read and interpret a Bible passage in a vacuum. One of those methodological principles is that “scripture interprets scripture,” which means that a Bible passage must be interpreted in the context of the entire Bible, and Trewhella points to a number of passages that contradict the “divine right of kings,” such as those in Daniel 6 and Acts 5. 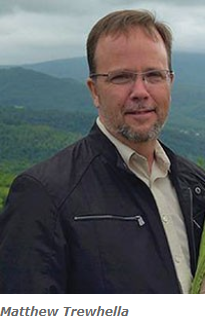 In Chapter 2, Trewhella makes the case that the doctrine of the lesser magistrates is rooted in the doctrine of interposition. Interposition occurs when people position themselves between an oppressor and the targeted victim. When a lesser magistrate does this, it shows a willingness on the part of that person to risk personal security for the sake of justice. Trewhella asserts that historical American jurisprudence recognizes all of this and points out that Black’s Law Dictionary defines interposition in this manner: “The doctrine that a state, in the exercise of its sovereignty, may reject a mandate of the federal government deemed to be unconstitutional or to exceed the powers delegated to the federal government. The concept is based on the 10th Amendment of the Constitution of the United States reserving to the states powers not delegated to the United States.”

In this writer’s opinion, if there is a weakness in the book worth mentioning, it would be that the author does not go far enough in making the case that the law of God should be honored and should be the objective standard for human law (Chapter 5 and Appendix B). Critics of the Bible like to point out that among the laws of God are those ordering that we are not allowed to wear clothing made from two different kinds of fabric and that those who curse their parents or work on the Sabbath are to be put to death. They argue that such laws are silly, archaic, barbaric, etc. and use such examples to undermine the argument that we should follow God’s laws when they are in conflict with human law. How can believers rebut such arguments against God’s laws? How does one know which of God’s laws still apply today under the New Covenant and which do not? Are we allowed to wear a shirt made from a blend of cotton and polyester? If not, why not? The average reader is not a biblical scholar, hence, it would have been helpful if Trewhella had addressed this issue.

Otherwise, this book is an excellent primer on a tool that can be used in the fight against tyranny but that is not well understood or even known by many people. And it is a very timely book, especially in light of what recently happened to a certain county clerk in Kentucky.