ELECTRIC CARS ARE NOT “ZERO-EMISSION VEHICLES” 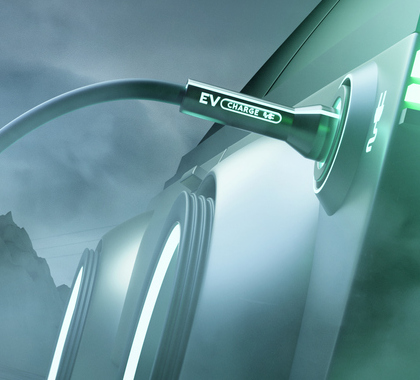 ELECTRIC CARS ARE NOT “ZERO-EMISSION VEHICLES”

In reality, electric cars emit substantial amounts of pollutants and may be more harmful to the environment than conventional cars.

While praising California’s decision to ban the sale of new gasoline-powered cars by 2035, Governor Gavin Newsom declared that this will require “100% of new car sales in California to be zero-emission vehicles” like “electric cars.” In reality, electric cars emit substantial amounts of pollutants and may be more harmful to the environment than conventional cars.

The notion that electric vehicles are “zero-emission” is rooted in a deceptive narrative that ignores all pollutants which don’t come out of a tailpipe. Assessing the environmental impacts of energy technologies requires measuring all forms of pollution they emit over their entire lives, not a narrow slice of them. To do this, researchers perform “life cycle assessments” or LCAs. As explained by the Environmental Protection Agency, LCAs allow for:

LCAs are subject to multiple levels of uncertainty, but an assessment published by the Journal of Cleaner Production in 2021 shatters the notion that electric cars are cleaner than conventional ones, much less “zero emission.” The LCA found that manufacturing, charging, operating, and disposing of electric vehicles produces more of every major category of pollutants than conventional cars. This includes:
an increase in fine particulate matter formation (26%), human carcinogenic (20%) and non-carcinogenic toxicity (61%), terrestrial ecotoxicity (31%), freshwater ecotoxicity (39%), and marine ecotoxicity (41%) relative to petrol vehicles.

Foreshadowing that result, a 2018 report by the European Environment Agency warned that studies on the “human toxicity impacts” of electric vehicles were “limited” and that electric cars “could be responsible for greater negative impacts” than conventional cars.

Similarly, a 2018 article in the journal Environmental Research Letters stated that a failure to account for the “environmental implications” of mining lithium to make batteries for electric cars “would directly counter the intent” of “incentivizing electric vehicle adoption” and “needs to be urgently addressed.”

The 2021 paper in the Journal of Cleaner Production has now addressed this issue, and it shows electric cars emit more toxic pollution than gasoline-powered cars. Yet, politicians who embraced the electric car agenda before comprehensive data was available continue to plow ahead in spite of the facts.

Regardless of overall toxic emissions, the European Environment Agency points out that electric vehicles “potentially offer local air quality benefits” because pollution from their manufacturing, charging, and disposal is usually emitted away from densely populated areas.

Simply stated, switching to electric cars transfers pollution from urbanites in wealthy nations to poor countries that mine and manufacture their components and to communities with power plants and disposal sites. In the words of the 2021 paper in the Journal of Cleaner Production, this “transfer of environmental burdens” causes “workers and ecosystems in third countries” to be “exposed to higher rates of toxic substances.”

China dominates the global supply chains for green energy components not merely because of cheap labor but because they have lax environmental standards that tolerate the pollution these products create. Thus, China supplies 78% of the world’s solar cells, 80% of the world’s lithium-ion battery chemicals, and 73% of the world’s finished battery cells.

Highlighting the implications of “China’s role in supplying critical minerals for the global energy transition,” a 2022 study by the Brookings Institute found that “continued reliance on China” will “increase the risk that sourcing of critical minerals will cause or contribute to serious social or environmental harms.” It also documents that the U.S. and other wealthy nations have been unwilling to accept these harms on their own soils.

Even if Newsom disregards the health of poor and slave laborers in other nations, electric vehicles are still not “zero-emission” for the people of California. This is because electric vehicles emit pollutants from road, tire, and brake wear, and these forms of pollution are worse in electric vehicles than standard cars. Per a 2016 paper in the journal Atmospheric Environment, “Electric vehicles are 24% heavier than their conventional counterparts,” and this creates more “non-exhaust emissions” like “tire wear, brake wear, road surface wear and resuspension of road dust.”

Carbon dioxide (CO2) is the primary greenhouse gas emitted by human activity, and the 2021 paper in the Journal of Cleaner Production found that electric cars emit 48% less CO2 than gasoline-powered ones. Although this is lower, it is still far from “zero-emission.”

Moreover, a study published by the Ifo Institute of Germany in 2019 found that an electric Tesla Model 3 emits 11% to 28% more CO2 over its lifespan than a diesel Mercedes C220D. Again, LCAs are subject to uncertainty, and no single study is an end-all, but this clearly proves that electric vehicles are far from emission-free.

With no regard for those facts, Gavin Newsom asserts that “California now has a groundbreaking, world-leading plan to achieve 100% zero-emission vehicle sales” that will help “solve this climate crisis.”

Newsom then adds another layer of deception by stating that the plan reduces “dangerous carbon emissions” that “pollute our communities.” This misportrays CO2 as a toxic, dirty substance. In reality, it is an organic, colorless, non-carcinogenic gas that has no toxic effects on humans until concentrations exceed at least 6 times the level in Earth’s atmosphere.

Referring to CO2 as “carbon” is also unscientific. That’s because CO2 is not carbon, just like H2O (water) is not hydrogen. There are more than 10 million different carbon compounds, and calling CO2 “carbon” conflates this relatively innocuous gas with highly noxious substances like carbon monoxide and black carbon.

In summary, there is no reliable evidence that greenhouse gas reductions from electric cars will benefit anyone.

A Google search reveals that journalists and many others are also using this inherently false phrase.

The harms of this deceit extend well beyond pollution. This is because electric cars are more costly than other options, and that’s why people rarely buy electric cars unless governments subsidize or mandate them. As documented by a 2021 paper in the journal Transport and Environment:

Regardless of whether these additional costs are paid by consumers or taxpayers, they make people poorer because these expensive cars ultimately travel fewer miles for every dollar spent.

The same applies to other “clean energy” policies that are prevalent in California. This is a major reason why it has the highest electricity prices in the continental U.S., or 77% more than the national average.

Such policies that increase the costs of living have contributed to making California the state with the highest real poverty rate in the nation.

There are certainly many other factors besides energy policies that have led to those dreadful outcomes in California, but lying to people deprives them of the opportunity to make informed decisions about the pros and cons of these policies.

James D. Agresti is the president of Just Facts and a policy advisor to The Heartland Institute.