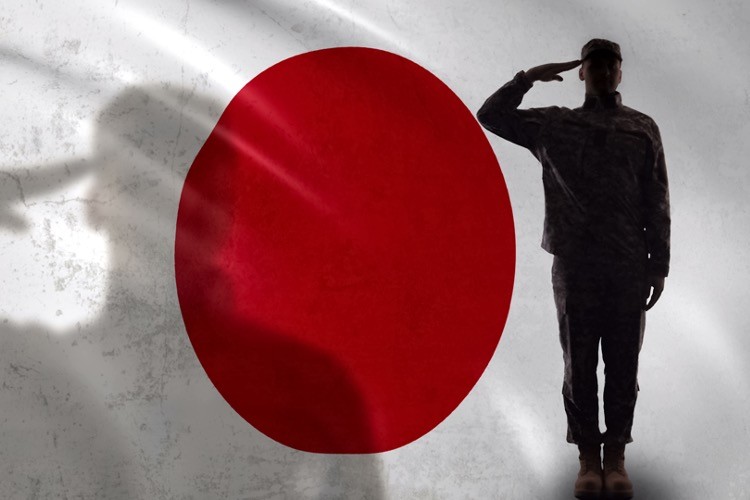 Japan announced in late August that it will expand its military by developing and mass-producing a cruise missile and a high-velocity ballistic missile to counter Chinese, North Korean, and Russian threats.

The country’s defense ministry launched a procurement plan in its annual budget request that was brief but reflected a stark change in mindset from a decades-long constitutional limit on Japan’s Self-Defense Force.

“China continues to threaten to use force to unilaterally change the status quo and is deepening its alliance with Russia,” the ministry explained in its budget request.

“It is also applying pressure around Taiwan with supposed military exercises and has not renounced the use of military force as a way to unite Taiwan with the rest of China,” it said.

Indeed, Japanese concerns about China’s regional ambitions have risen after China conducted large-scale military exercises, including firing ballistic missiles, after U.S. House Speaker Nancy Pelosi visited Taiwan in early August. Five of these Chinese missiles landed in waters less than 160km (100 miles) from Japan. Moreover, with Chinese drones hovering in waters and islets around Taiwan, the Japanese have more reasons to worry that China could attempt more provocative actions against Japan itself.

To rub salt into an already festering wound, the Senkaku Islands have been a sore spot for Tokyo-Beijing relations, whereas the Northern Territories (or Kuril Islands) have been a bone of contention for Russo-Japanese ties.

In light of recent threats to the island nation, the Japanese defense ministry declared that it could only elaborate on the spending details after December, when the government is slated to implement a revised national-security strategy highlighting Japan’s military ability over the next five years.

The ministry requested an unadvertised amount to enhance and mass-produce a refined Type 12 surface-to-ship guided missile to broaden its use for “stand-off” attacks on enemy targets.

Furthermore, the ministry has already placed orders for air-launched missiles, including the Norwegian-made Joint Strike Missile (JSM) and the U.S.-manufactured Joint Air-to-Surface Stand-Off Missile (JASSM) with a range of up to 1,000km (620 miles).

An undisclosed amount for development and mass production of a “high-speed gliding vehicle” to defend remote islands such as Okinawa was also requested by the ministry.

Although only a partial sum of 5.6 trillion yen ($40.4 billion) was released for 2023, it is highly likely that the ministry’s budget plan could increase to about 6.5 trillion yen ($47 billion), up 20 percent from this year, according to Japanese media.

While Japan does not possess any longer-range missiles, the desired weapons would likely feature heavily in government talks on obtaining counterstrike capabilities. These discussions are slated to culminate in the island nation’s revised national security strategy.

To put things in better perspective, China currently boasts around 300 ground-based cruise missiles and 1,900 ballistic missiles that could pose a threat to Japan. The United States, bound until 2019 by the Intermediate-Range Nuclear Forces Treaty, which banned all land-based missiles with ranges of 500 km to 5,500 km, presently does not have any such weapons in its arsenal, though it has begun developing missiles in that range, based on media reports.

Earlier in August this year, five ballistic missiles from China’s military were unveiled during exercises around Taiwan. These missiles were believed to have landed inside Japan’s exclusive economic zone for the first time, Defense Minister Nobuo Kishi claimed.

The Defense Ministry said all five of the missiles that arrived in Japan’s EEZ — which extends 200 nautical miles (370 kilometers) from Japan’s coast — had fallen into waters southwest of Hateruma Island in Okinawa Prefecture.

Kishi said the Japanese government protested to Beijing over the move.

“This is a grave issue that concerns our country’s national security and people’s safety,” Kishi revealed at a news conference.

What is more, nuclear-armed North Korea allegedly has hundreds of ballistic missiles capable of hitting Japan. Besides, its recent claim of its alleged testing of a hypersonic weapon for evading defenses has sparked waves of concern in Tokyo.

In the meantime, Japan has already been boosting its security alliance with its major allies such as the United States as well as with friendly nations in the Asia-Pacific region and Europe.

Japan caps its yearly defense spending to one percent of its GDP, but Kishida’s governing party suggests doubling that in coming years, alluding to NATO’s standard of two percent of GDP. If Kishida succeeds, Japan would be the world’s third-biggest military spender after the United States and China.

Other than creating more munitions and increasing its stockpile of missiles, Japan’s military has expressed its desire to boost its cyber defenses, electromagnetic warfare capabilities, and its space presence.

Critics fear that the missile upgrades — and the potential use of preemptive attacks — would drastically alter Japan’s defense policy and potentially go against the post-war pacifist Constitution that restricts the country’s use of force to self-defense.

Yet many Japanese seem to sympathize with government concerns over increasing threats to Japan’s security, based on recent opinion polls showing majority support for higher defense spending.

With a background in international relations and history, Angeline enjoys writing about current affairs and socio-cultural trends. She is a contributor to The New American.