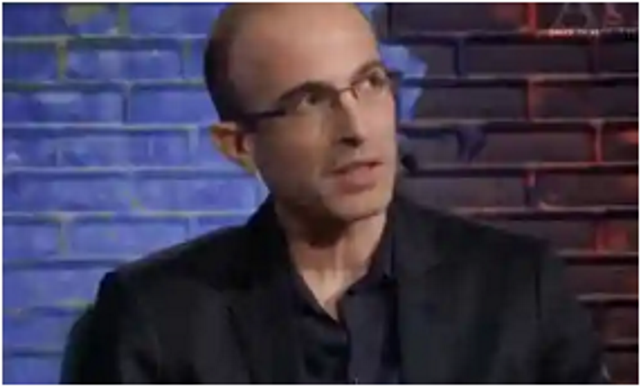 Yuval Noah Harari is the World Economic Forum thought leader and futurist, and as such, he is a social engineer with more Chutzpah than a person should ever have. He thinks of people as “useless,” and not part of the “story” elites are creating. The useless people include farmers, truck drivers, soldiers, and most people. At one point, he compares people to farm animals and monkeys.

We’ve written about this Israeli philosopher. He always says the same things.

THEY RESIST BECAUSE THEY ARE NOT PART OF THE STORY

In the TED interview below, he said that people today resist the “big ideas” and the “big words” because they think they are not part of the story– they are “correct in thinking that.”

In the past, the stories included fascism, communism, and liberalism. He includes Trump supporters under the broad term of liberalism. Individual liberty, family values, and free trade were included in liberal thinking. He says that while they gave the best conditions of past generations, they left too many people out.

This next paragraph, is a paraphrase but it is what he is saying. In the past, we relied on farmers, soldiers, truck drivers, and factory workers, but no more. They’re not part of the story; we don’t need all these people. We don’t need all these farmers in the future– just “two tractors.’ They will be “useless,” and he doesn’t know what his fellow elites will do with them except make them happy with universal basic income (UBI). If mothers raising kids is important in the communities they establish, then maybe they can “redistribute” some of the wealth to them. Harari says that maybe we need a new social and economic model.

The elites will run it. You useless people will be stashed in communities somewhere with UBI.

“People realize — and they’re correct in thinking that — that, ‘The future doesn’t need me. You have all these smart people in California and in New York and in Beijing, and they are planning this amazing future with artificial intelligence and bio-engineering and in global connectivity and whatnot, and they don’t need me,’” he said.

“Most people don’t contribute anything to [artificial intelligence and bioengineering], except perhaps for their data, and whatever people are still doing which is useful, these technologies increasingly will make redundant and will make it possible to replace the people.”

It takes hubris to believe you have the right to decide the future on every level. They don’t need him. He’s not versed in AI. They will have to put him out to pasture with the cows.

He is concerned about what to do with the “useless” people since they won’t be able to do higher-level jobs. At one point, he compares us to cows, pigs and monkeys.

We are not equals in the minds of elitists like Harari. He sees China and the US leading this engineered revolution.

As usual, he talks about “hacking humans” and “predicting their choices better than they can, manipulating emotions, and making choices for them.”

Harari sees us wearing bracelets one day that knows our thoughts and feelings better than we do. The new buzzword is “surveillance capitalism.” He says there “is enormous good potential.” He admits there are “great dangers.”

The gods of the WEF are self-appointed masters of the world. They think they are geniuses and superior to most people, which gives them the right to rule over us. One problem is they aren’t very brilliant at all. They are talking about a tyranny we have seen so many times before.

Harari thinks they have to act quickly because of climate change, nuclear weapons, and the alleged need for large-scale cooperation based on large stories.

He’s not that diverse in his thinking and repeats most of the same elitist views over and over from speech to speech. Harari has some good intentions, but seems clueless of the reality that it’s not okay to just roll over everybody.

Listen if you can stand it. He thinks very highly of himself: 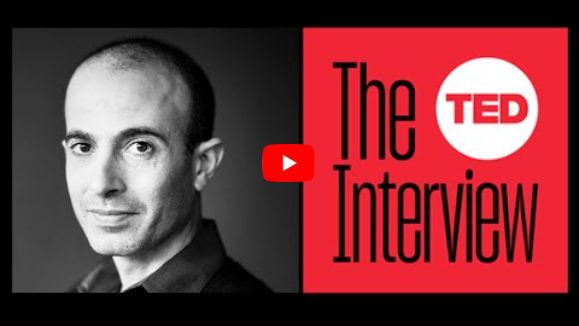