Some History on Biden’s Semi-fascism 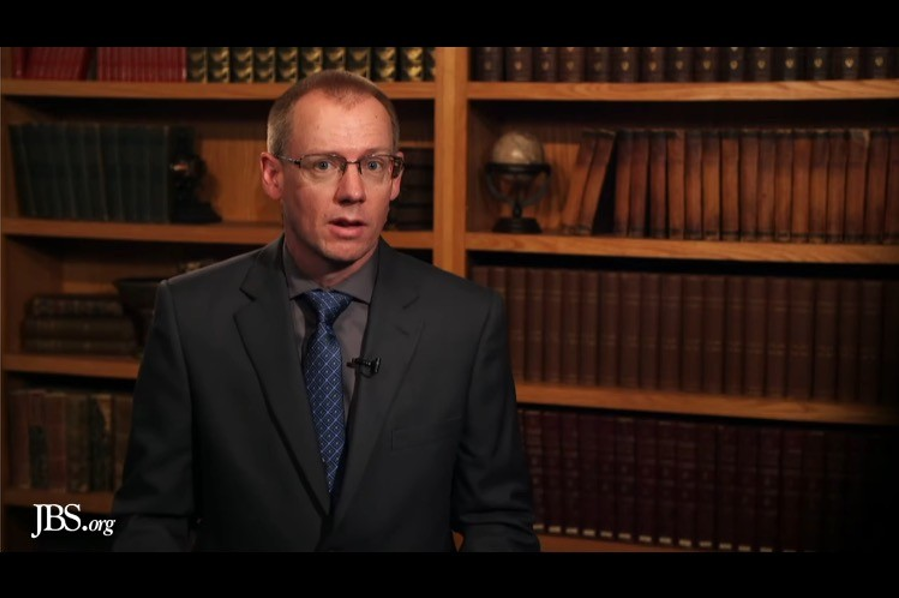 Some History on Biden’s Semi-fascism

Hello all you semi-fascists!  Apparently, if you believe in limited government and protection of the Americanist system of government as devised by the Founding Fathers, that makes you a semi-fascist, according to President Biden.

We’ll look into this irresponsibility with some historical and truthful perspective and offer a solution on how you can best protect American liberty, freedom, and independence.

Please be sure to take the recommended actions in the video description and of course, to like, subscribe, and share this information with others on your social media platforms.

While he was at a Democratic party fundraiser at a private home, most of the establishment media, including NBC News, has reported that President Biden said, “What we’re seeing now is the beginning or the death knell of an extreme MAGA philosophy. It’s not just Trump, it’s the entire philosophy that underpins the — I’m going to say something, it’s like semi-fascism.”

NBC suggested that this means “the ‘Make America Great Again’ philosophy central to Donald Trump’s presidency, [is] like semi-fascism.”

Then perhaps by extension, all those who support the philosophy are semi-fascists. And what exactly is fascism? It seems we should know that in order to know semi-fascism.

According to the Webster’s New World Dictionary and Thesaurus, fascism is “a system of government characterized by dictatorship, belligerent nationalism and racism, militarism, etc.: first instituted in Italy, (1922-43).”

In the November 1964 issue of The John Birch Society’s American Opinion monthly journal, our editorial staff wrote, “I regard Communism, Nazism and Fascism as having one underlying principle — dictatorship — the theory that Government should have the right to control the lives, the fortunes, the happiness, the beliefs, and every detail of life of the human being, and that man is a pawn of the Government, rather than the American conception that Government is created for the benefit of mankind.”

In its May 1963 issue, American Opinion staff wrote that Karl Marx, who paved the way for Lenin, should be known as the godfather of European fascism, as fascism did not come into being until after the Leninist revolution, and its best-known leaders were Mussolini (a Socialist) and Adolf Hitler (a National Socialist).

There are also some that point to the political right as where fascists belong. However, as our organization has presented for decades, the political spectrum indicates that total government control as brought about by dictatorship through Communism, Nazism, fascism, etc., is properly found on the left side. The American Republic as established under the Constitution is found in the center, where some amount of government is needed to protect God-given rights, but not too much to interfere with our practice of those rights.

In an economic sense, fascism deals with the amount of government ownership and control. This is covered very well in our video Overview of America. Let’s listen as narrator Mr. John McManus explains: 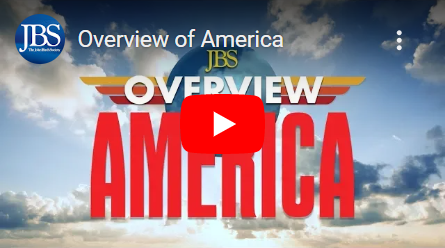 Now, we can get into a deeper discussion about how federal subsidies, regulations, and government mandates play into moving the free market away from its foundations. But for the sake of argument, let’s assume that the president is not suggesting moving closer to fascism. So why would the president use this to label his political opposition? Is he ignorant of its true meaning? Did his political handlers inject that as a talking point? Or is there more to it?

In his 1965 book Slightly to the Right!, H.L. “Bill” Richardson, who would go on to serve several terms in the California State legislature and to found Gun Owners of America, suggested, “Confusing the meaning of words is an age-old art. It is now a studied science, used by Communists to confuse large segments of the world population, while at the same time relaying specific instructions to the party faithful. They refer to it as Aesopian or ‘sectarian’ Language. It is quite simply — semantic weaponry.”

We would be naïve to think that this tool is not employed today.

Continuing in his book, Mr. Richardson wrote, “The Communists build strong emotional feelings toward certain [trigger] words. They then use these words as ‘scare symbols’ to activate people in specified directions.… Communists also like to build words into effective trigger weapons which bring about feelings of disgust.”

One of these words is indeed “fascism” or “fascist.”

As Mr. Richardson pointed out, “One tactic that is a favorite of the Communists is to take their strongest opposition, destroy or disgrace it, and thus all of the lesser opposing forces will readily fall. A good example of this is the John Birch Society. The Senate Internal Security Sub-committee released its document, ‘The New Drive Against the Anti-Communist Programs’ in 1961, which spoke directly about the Communists’ concern over the awakening anti-Communist forces in this Nation. The Senate Committee report showed how the John Birch Society was singled out by the Communists as an organization to disgrace. The report stated:

Never, since the most virulent days of Goebbels’ “hate” propaganda, has anything appeared in the United States comparable to a 47-page booklet, dated June, 1961, put out by the Communist Party of the United States in connection with its drive to smother the expanding anti-Communist movement in this country.

The 35-cent booklet is entitled, “The Fascist Revival,” and purports to tell “the inside story of the John Birch Society.” The author is Mike Newberry, another Worker-specialist in unbridled smear.’”

By Worker-specialist, they were referring to the Worker, the official communist newspaper in America.

Not surprisingly, “The Fascist Revival” makes no effort to define fascism, yet uses various smear tactics throughout to get the reader to be triggered against JBS and its supporters.

A directive issued by the Communist Party helps to explain this tactic. In the 1953 Handbook on Propaganda, Oliver Carlson published this directive, which stated,

When certain obstructionists [to Communism] become too irritating, label them, after suitable build-ups, as Fascist or Nazi or anti-Semitic, and use the prestige of anti-Fascist and tolerance organizations to discredit them.

In the public mind constantly associate those who oppose us with those names which already have a bad smell…. The association will, after enough repetition, become “fact” in the public mind.… Members and front organization must continually embarrass, discredit and degrade our critics. Accuse them of being traitors to the war effort, fascists, Red-baiters, peace-destroyers, Quislings, labor-baiters and anti-Semites.

As Mr. Richardson concluded, “The public has been conditioned to react against conservatives but not against communists.… Certain words can and do trigger emotions. These emotional reactions can trigger people into acting without thinking. When a person becomes emotionally involved he may lose his ability to reason.”

So when you hear Biden the Great Uniter falsely label millions of Americans as semi-fascists, know that the historical company he keeps isn’t too impressive when it comes to freedom and Americanism. It appears he’d rather hitch his wagon to Marx. And as he continues to iterate, he’d much rather have America devolve into mob rule, otherwise known as democracy, which as you can see from the political spectrum is just a step away from total government. It is mob rule. Therefore, you will not find the word democracy in the Constitution or any of the 50 state constitutions. We do not stand and pledge allegiance to the Flag and the democracy for which it stands, but the Republic for which it stands.

Perhaps Biden did get something right. He said in his fundraising speech, “The MAGA Republicans don’t just threaten our personal rights and economic security, they’re a threat to our very democracy.”

There is also a darker reason for doing what Biden did. Perhaps he’s hoping Antifa will see this as an invitation to smash fascists. Time will tell.

Again, confusing the meaning of words is a tactic of communists, and those advocating for democracy, knowing full well the Founding Fathers were adamantly against it, have certainly made a trigger out of it. Thus, there must be some agenda behind it.

The Handbook on Propaganda summarizes the main objectives to communist propaganda as:

Remember, communist propaganda doesn’t have to be uttered by a card-carrying member. Sometimes it’s best to use what Stalin described as useful idiots and JBS Founder Robert Welch called “comsymps” (communist sympathizers).

As political campaign rhetoric heats up, know that Biden is just continuing the communist, globalist agenda many before him have begun, and those that stand up against it are going to be the ones who catch the most flak, as The John Birch Society can attest from being in the communist crosshairs since at least 1961.

To best fight an attack on America is to first recognize that there is an organized attack. This has been handily demonstrated over the last three years. When governments around the world act in lockstep with the tactics of communist countries, the agenda of control through world government has never been more apparent.

What other patriotic organization recognizes this and then works to counter-act it? The John Birch Society is a unique organization that works toward less government, more responsibility, and — with God’s help — a better world.

Our main tactic is to use education to alert fellow concerned Americans. It’s a similar tactic to what the Founding Fathers used to prepare the country for independence. Let’s work together to get back to their vision for freedom for all by placing government back into its limited role, as prescribed by the Founder

Bill Hahn is the CEO of The John Birch Society.