EPIC: Kari Lake Destroys a Reporter Who Asks Her About Questioning Election Results 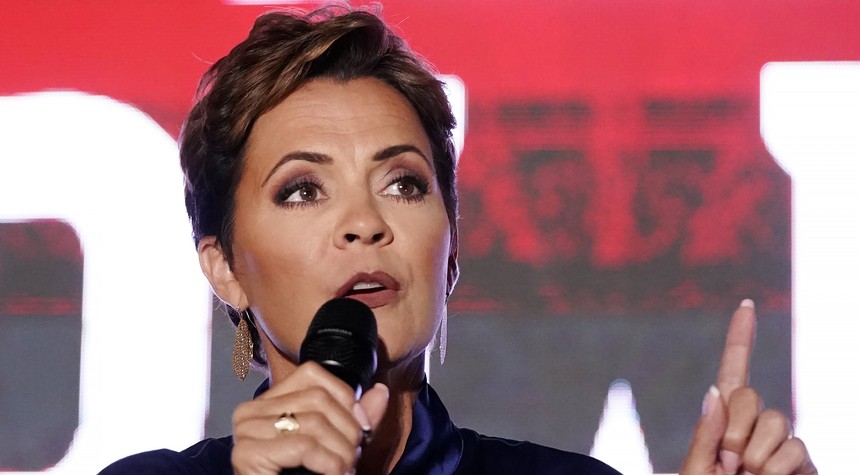 EPIC: Kari Lake Destroys a Reporter Who Asks Her About Questioning Election Results

Last week, Arizona Republican gubernatorial candidate Kari Lake masterfully turned the tables on a reporter who thought he was asking her a gotcha question about accepting the results of an election.

“You feel like Joe Biden is dividing the country. Do you feel Donald Trump is doing the same by falsely telling people he won that election when he lost it?” the reporter asked.

“How does that divide the country? Questioning an election where there are obviously problems is dividing the country?” she asked. “Since when can we not ask questions about our elections? As a journalist for many years—I was a journalist after 2016 and I distinctly remember many people just like you, asking a lot of questions about the 2016 election results and nobody tried to shut you up.”

Lake was hardly finished tearing this reporter a new one.

“Nobody tried to tell Hillary Clinton to shut up. Nobody tried to tell Kamala Harris when she was questioning the legitimacy of these electronic voting machines to stop. We have freedom of speech in this country and you of all that people should appreciate that. You’re supposedly a journalist. You should appreciate that. So I don’t see how asking questions about an election where there were many problems is ‘dividing’ a country. What I do see divided a country is shutting people down, censoring people, canceling people, trying to destroy people’s lives when they do ask questions. Last I heard we still have the Constitution. It’s hanging by a thread thanks to some of the work some people in this area have done. But we’re going to save that Constitution and we’re going to bring back freedom of speech. And maybe someday you’ll thank us for that.” 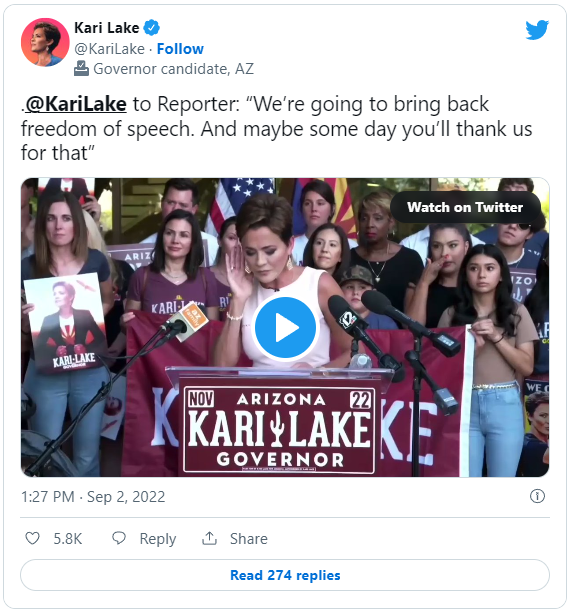 Lake is absolutely right, of course. Questioning the results of an election is a Democratic Party pastime time. Joe Biden himself thinks Al Gore won in 2000, and agreed that Trump was an “illegitimate” president because of Russia or something stupid like that.

Matt Margolis is the author of Airborne: How The Liberal Media Weaponized The Coronavirus Against Donald Trump, and the bestselling book The Worst President in History: The Legacy of Barack Obama, and The Scandalous Presidency of Barack Obama. You can follow Matt on GETTR, Truth Social, Twitter, Facebook, MeWe, Gab, and Rumble. News tips, praise, hate mail, and media inquiries can be sent to mattm@pjmedia.com.