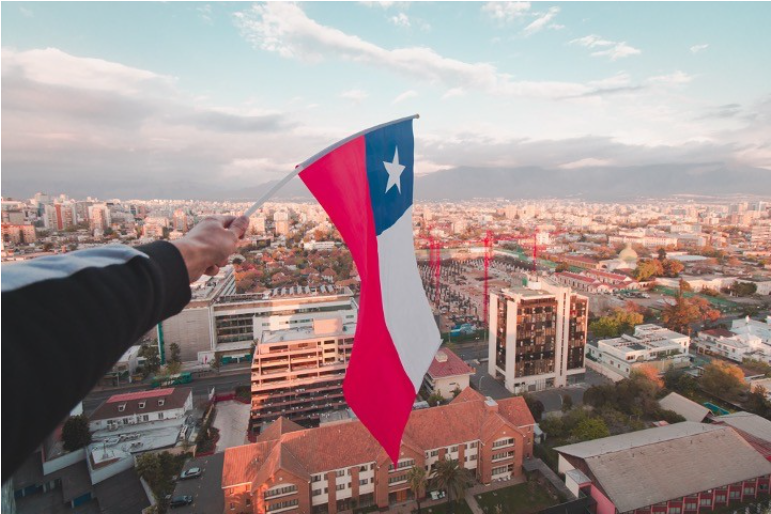 On Sunday, Chile missed an opportunity.

So say critics after a new constitution — described as “leftist” and “progressive” by even mainstream media — was resoundingly rejected by voters on September 4. While 2019 protests led to a 2020 referendum that saw 80 percent of Chilean voters support a new constitution’s drafting, the actual document created was not very popular, with 62 percent of citizens rejecting it and only 38 percent voting yea.

The constitution would possibly have been the world’s most radical. As The Washington Post reports:

The proposal would have enshrined certain civil rights that have never before been included in a constitution, emphasizing many of the priorities of the leftist social movements led by younger Chileans: gender equality, environmental protections, Indigenous and LGBTQ rights, and legal access to abortion.

“It would have guaranteed access to high-quality education, health care and water,” the paper continues. “It would have granted rights to nature and animals and required the government to address the effects of climate change. It was thought to be the first constitution that would have required gender parity across government and public and public-private companies.”

This all may seem like the handiwork of the Berkeley sociology department, and it was perhaps close to that. The document “was written by an unusual elected assembly that drew participants and political newcomers from across the country who had rarely felt represented in national politics,” the Post tells us. “The 155-member constitutional assembly was composed equally of men and women, and 17 seats were reserved for the country’s 10 Indigenous communities.”

“But it was made up of mostly independent and left-leaning members,” the paper further informs.

Ironically, the document “was meant to be the final step in a long process aimed at achieving unity in Chile following mass protests,” the BBC writes. Yet the “new constitution also aims to give indigenous groups more of a voice by declaring Chile a ‘plurinational’ country,” the site later adds. “It also establishes the creation of ‘indigenous autonomous regions’ within Chile, although there has been much debate about what this would mean in practice.”

Question: Doesn’t declaring a land “plurinational” seem contrary to the stated goal: achieving unity? For that matter, how can unity be attained by enshrining controversial dictates in a constitution?

But the last quoted line, about “what this would mean in practice,” could be asked of the entire constitutional proposal. As the old saying goes, “If wishes were horses, beggars would ride.” We all want “high-quality education, health care and water,” but what constitutes “high quality” here? Who decides? Such conflicts inevitably end up in court, where determinations are made not by the people but by (often activist) judges who deliver intrusive, freedom-squelching government via judicial fiat.

Yet the most basic problem with the proposed constitution is that it was born of Equality Dogma. But should achieving equality be the goal?

To analogize it, imagine a disease is plaguing a country and, as with Covid, it affects some people more than others and many not at all. Would it make sense to, instead of seeking a cure or ameliorative therapies, simply lament sickness inequality? After all, this could be eliminated by making everyone equally ill.

Likewise, if the issue is “working- and middle-class people struggling with high prices and low wages” as the Post puts it, the proper course is a prescription (e.g., creating a friendly business environment, deregulation, reducing taxes) that addresses the actual problem. And what of “equality”?

Well, consider an example I often use: There are two tennis centers training children. After a certain period of time at the first, all the kids are advanced beginners. After the same period at the second, some are advanced beginners; two other large groups constitute, respectively, low intermediates and intermediates; there’s a small group of advanced players; and a handful are approaching tournament caliber. At which center is there more equality?

Okay, now, at which are the children doing far better on average?

The lesson: Equality tells you nothing about quality. It’s completely irrelevant.

It’s destructive, too, as government-enforced “equality” social engineering inevitably brings people down more than raising them up.

Unfortunately for Chile, it’s far from out of the woods. The nation’s senate has already approved a reduction of the percentage of votes needed to amend the Constitution from two-thirds or three-fifths of Congress (depending on the law) to a general four-sevenths. If this is passed by the lower house as well, it will mean that left-wing legislators could more easily deliver a woke constitution piecemeal — a death by a thousand cuts.

And now you know why our Founders made the amendment process so difficult. Impediments can, sometimes, be imperatives.